Imagine Halloween Horror Nights, but every day of the year. 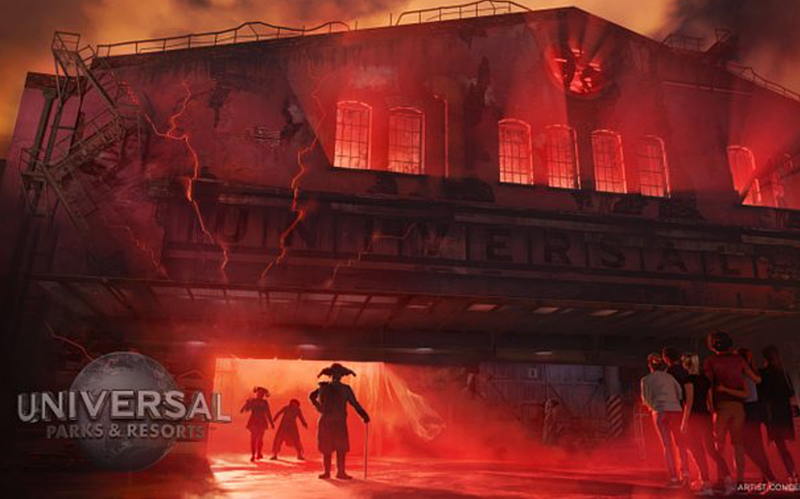 Yesterday, the good folks at Universal Parks and Resorts made a very exciting announcement - the company is bringing an all-new, year-round horror experience to Las Vegas, one that seems to be modeled after its legendary Halloween Horror Nights experience, which unfolds each year at Universal's various theme parks.

Long considered the gold standard for big-budget haunted house experiences, the idea of having access to such a thing all year long (and in one of the country's wildest cities) has us very hyped.

“Universal is known for our ability to deliver original, highly-themed and terrifying horror entertainment experiences for millions of fans every year. We are excited to give our global fanbase yet another way to get scared and have fun with fear in the heart of Las Vegas, the perfect place for this type of unique concept."

The current plan calls for Universal's as-yet-unnamed horror installation to cover 110,000 square feet. It'll anchor a massive, 20-acre expansion to an already-awesome destination spot in Las Vegas, AREA15. Go there now and you'll find all manner of fun things to do, particularly Meow Wolf's you-gotta-see-it-to-believe-it Omega Mart installation, which invites guests to explore a massive, alternate reality grocery store that's positively overflowing with secret passages, easter eggs, and bizarre activities (do not leave until you're sure you've discovered all there is to discover, and trust me when I say there's more discover than you'll initially realize).

At present there's little to go on in terms of what Universal's new horror-themed hotspot will contain, but USA Today does offer the following:

"The immersive entertainment space will anchor a newly expanded area of Las Vegas’ AREA15 entertainment district and will feature continuously updated horror experiences along with dining venues that take on a different life at night. There will also be seasonal events and 'one-of-a-kind merchandise.' Most details are still under wraps."

Horror fans have long clamored for a horror theme park, and it certainly seems like Universal's well on their way to making that dream a reality. We are very excited to learn more about this joint, and you can rest assured that we'll be keeping you informed every step of the way between now and whenever this bad boy opens its doors. Stay tuned for that, and - in the meantime - maybe go ahead and start picking out which hotel you'll be staying at on the Strip during your visit.