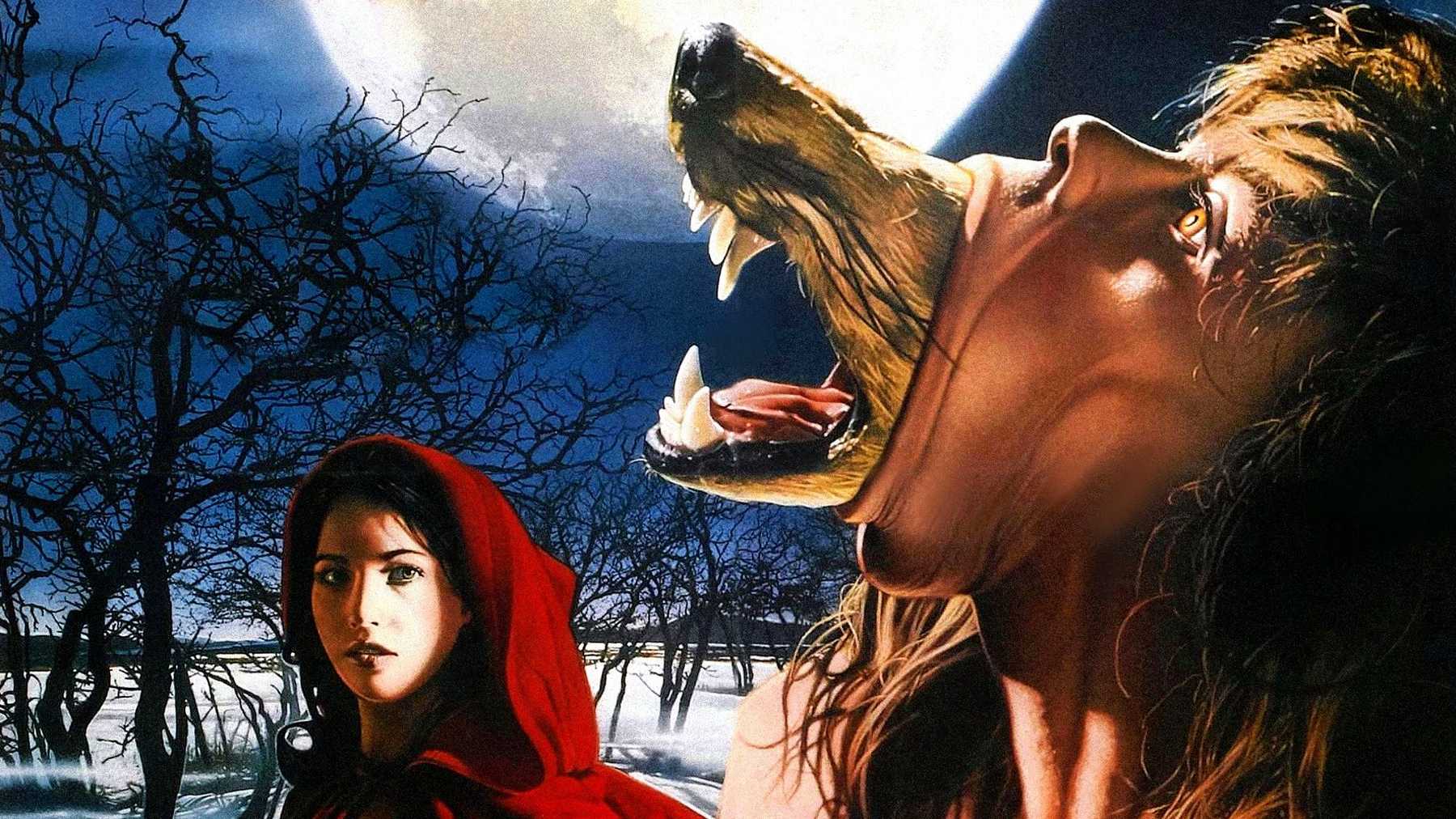 We Go On (Shudder)

Jesse Holland and Andy Mitton’s first collaborative film, YellowBrickRoad, was an ambitious failure. I am pleased to say that their second joint effort, We Go On, is no less ambitious, but seems a great deal more successful in meeting its goals.

Timid soul Miles Grissom (Clark Freeman) fears his end. Haunted by fantasies of dying in a car wreck, as did his father during his childhood, he decides to publicly offer a $30,000 reward to the first person to show him a ghost, an angel, a demon – or anything that will prove to him that life continues after death.

Freeman suits his role to a T. Though it’s hard to determine whether it’s good acting, or Freeman’s natural demeanor, he projects the vulnerability of a turtle that has lost its shell throughout, so that Annette O’Toole’s portrayal of Miles’s vigilantly protective mother, Charlotte, does not come off as overbearing, or unjustified, though it does seem at times that Clark’s fears may in some way be related to the extent to which Charlotte fears for him.

With his mother’s help, Miles narrows the field from 3,000 responses to three; a scholar who believes that amplifying his fears will push Miles into a realm where the supernatural will be made manifest; a spiritualist who offers to show him his own deaths from past lives; and an entrepreneur whose magical Tibetan box (which he seems to have borrowed from Hellraiser) will change his perception of reality.

Miles, aided by his Mom, rejects all three as not meeting his criteria, but he encounters another possibility when an anonymous telephone message accurately predicts a spectral apparition in a grandfather clock; the message leads to an encounter with an oddball airport worker, who provides all that Miles is bargaining for and, to his great alarm, more.

In contrast to YellowBrickRoad, We Go On addresses all of the questions it raises, at times even offering multiple, equally valid, answers. Though unrated, the film is lacking in visceral thrills, but unlike most PG-13 horror, it clearly is addressing itself to an adult audience.

There is a large audience for whom The Babadook is a very special film, and these folk should be informed that writer-director Jennifer Kent’s second feature as writer-director is now streaming from Hulu. It is customary to refer to a second feature as a “sophomore effort,” but we won’t use that phrase here – Kent is altogether in command of her power as a filmmaker, and so confident in the risks she takes that such a term is laughable.

The Nightingale stirred controversy after its first film festival screening, when a couple of dozen attendees walked out, offended by the film’s violence. Kent made a statement to ABC News at the time:

"Whilst The Nightingale contains historically accurate depictions of colonial violence and racism towards our Indigenous people, the film is not 'about' violence," she said. "It's about the need for love, compassion, and kindness in dark times.

"Both [producer and female lead] Aisling Franciosi and myself have been personally contacted by more than a few victims of sexual violence after screenings who are grateful for the film's honesty and who have drawn comfort from its themes.

"I do not believe this would be happening if the film was at all gratuitous or exploitative."

Franciosi, perhaps best known for playing Lyanna Stark in The Game of Thrones, gives a marvelous performance as Clare Carroll, a young Irish girl serving time in a Tasmanian penal colony in the early 19th century. As she waits for a letter of recommendation that will grant freedom to her husband, herself, and her infant child, she acts as a servant girl to Lieutenant Hawkins, the British officer who has promised her the letter.

Franciosi's transformation from Clare, a young serving girl dubbed "the nightingale” for her lovely singing voice, to an embodiment of vengeful rage, requires her to tread a path marked by the murder of all she holds dear, repeated rape and exploitation and a relationship with an Australian native (a fine performance by Sam Claflin) that transforms in the course of the film from mistrust and fear to familial affection.

Though not a horror film, The Nightingale has several jump scares in its middle third that will pleasantly remind you that Kent wrote and directed The Babadook.

The People Under The Stairs (Shudder)

Most movies with a wild and wooly premise, you hope that the director has the skill to keep things from going off the rails. Then there’s movies like The People Under the Stairs, where it’s pretty clear from early on that there are no rails, and you just have to hope that the director has the skill to bring you home without them. Wes Craven has brought in his share of clunkers (A Vampire in Brooklyn, Shocker, Swamp Thing), but I think that his failures have contributed more to his filmmaking skill than his successes have. While in the trenches, Craven had long years of experience of making things work as they were supposed to, even when the odds were stacked high against him.

The People Under the Stairs concerns 13-year-old Poindexter Williams, nicknamed “Fool” by his tarot-card-reading single mom. The Williams family are facing tough times; Mom needs a simple surgical procedure to beat cancer, but can’t even pay the rent; they are being evicted by their landlords, the Robesons, a couple who call one another “Mommy” and “Daddy,” yet seem indifferent to their daughter, Alice.

Two local hustlers, Leroy and Spencer, make Fool a junior partner in their scheme to rob the Robesons, and the three break into their home. But there is a dungeon in the basement, containing pale children who survive by cannibalism. And now you’ve gotta ask it…

And what will be left of them?

I beg your pardon for the minor spoilage done here, but rest assured, plenty of unspoiled gruesomeness remains. The People Under the Stairs is Craven at the peak of his powers.

The Company of Wolves (HBO)

It’s remarkable that The Company of Wolves, adapted by director Neil Jordan and Angela Carter from Carter’s own story of the same title – an allegorical adaptation of Charles Perrault’s fairy tale “Little Red Riding Hood” – was among the very first instances of what is now called “body horror” to receive a major studio release. Carter, viewed as a literary feminist champion, doesn’t seem a likely pioneer of the sort of visceral horror most closely associated with David Cronenberg, but this film’s werewolf transformations – with wolves that burst out of the human shells containing them – would be remembered as landmark work by makeup effects artist Christopher Tucker, if it weren’t following so closely on the heels of the groundbreaking werewolves of Rob Bottin for The Howling and Rick Baker for An American Werewolf in London. While not as celebrated as The Crying Game, which Jordan wrote and directed, nor as commercially successful as Interview With The Vampire, which Jordan directed from a screenplay adapted by Anne Rice from her novel, The Company of Wolves is a fairy tale adapted for adults, a rare sort of film, comparable to the 1970 Czech film, Valerie And Her Week of Wonders.

The poster for 2018’s Upgrade names several horror films from Blumhouse Productions – Get Out, Happy Death Day, The Purge – yet somehow manages to neglect writer-director Leigh Whannell’s most significant credits, as co-creator of the Saw franchise, and the Insidious franchise, and the multiple screenplays he has written for both.

This is no accident; putting “From the maker of Saw and Insidious” on posters for Upgrade would likely mislead audiences – while Upgrade has lots of bone-splintering action, it’s far from the horror-feast that Jigsaw customarily delivers. Instead, the mayhem comes courtesy of Grey Trace (Logan Marshall-Green), a quadriplegic whose limbs are returned to full function when a miraculous microprocessor named STEM grants him seemingly impossible response times and decision-making abilities. The implant gives Trace super-ninja fighting abilities, but the price to be paid is not immediately revealed, as each player in this game has a different agenda. Upgrade is a fabulous cocktail of sci-fi, action and horror that beautifully demonstrates Whannell’s ability to stretch beyond the genre that first brought him prominence.

Scott Beck and Bryan Woods first bonded through their love of movies when they were just 11 years old, and by the time they were 13 they were using stop-motion animation to bring their action figures to life, in their first collaborative films. Their professional filmmaking career began with Nightlight, a “found footage” piece, in which a variant of hide-and-seek played in a dark wood using a single flashlight gets out of hand.

The film was poorly received, but their next project similarly played with cinematic limitations, and this time their concept knocked it out of the park. The sound-sensitive alien predators of A Quiet Place required a reduction in dialog and exposition, while increasing the importance of the film’s sound design. Direction was entrusted to other hands, but the roles of Beck and Woods in conceiving and implementing the core concepts at the heart of the film can’t be discounted.

Beck and Woods wrote Haunt and A Quiet Place at the same time, recognizing that AQP would be recognised as part of the trend toward “elevated horror” (It Follows, Let The Right One In, the films of Jordan Peele and Roman Polanski, etc.) while Haunt was intended for an audience that doesn’t think horror has any need to be "elevated." The film concerns a bunch of college kids who come across a haunted house attraction on an Illinois backroad on Halloween night and decide to give it a try.

At the core of the film’s scares is the implied social contract that says the barber won’t slice your throat open when he gives you a shave; how do we know that the haunted house operator wants you returned safely and intact after a reasonable dose of scares? For that matter, do we know that filmmakers like Takashi Miike and Eli Roth care whether we are able to reclaim our sanity when their films are done?

While horror filmmakers (and haunted house show managers) may, as a rule, be a trustworthy lot, Haunt entertains by asking us to consider the rare occasion when they are not.