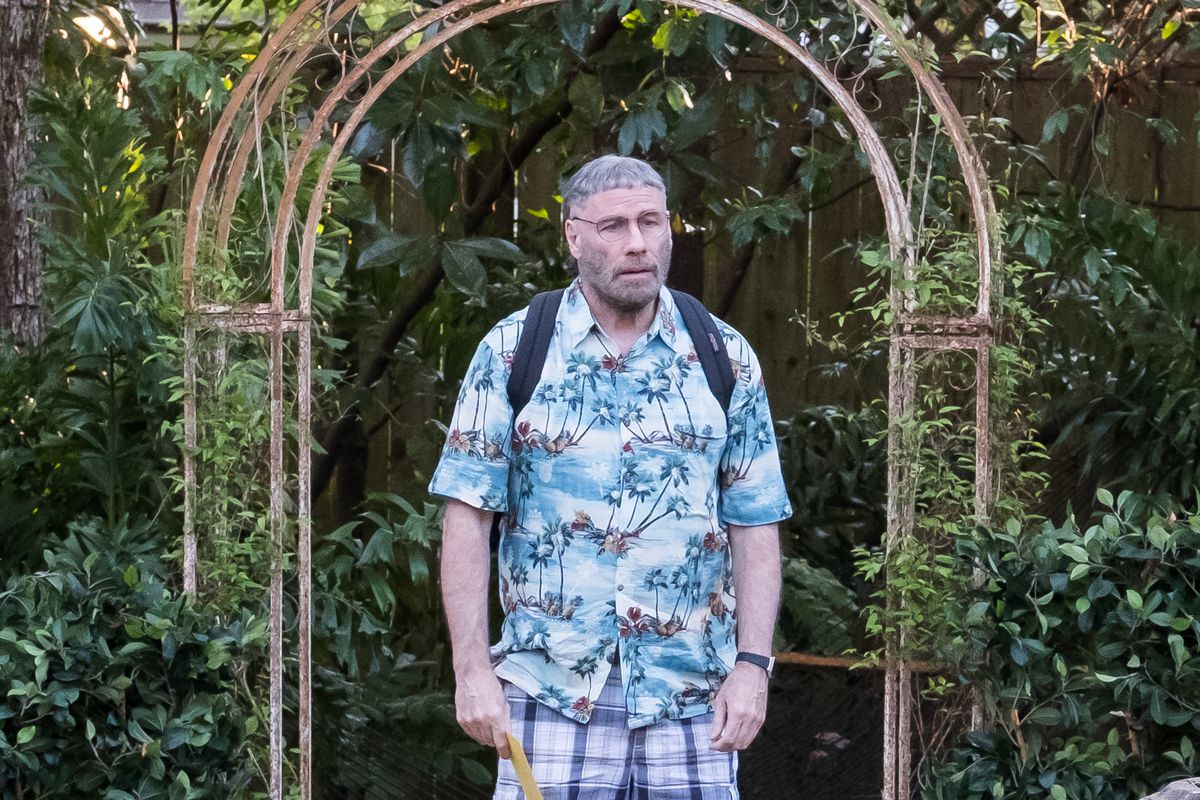 Back again this week is original FANGORIA editor Robert Martin with his thoughts about the many genre offerings currently available on various streaming platforms.

I Lost My Body (Netflix)‍

What makes a horror film?

Can a film horrify by simply contemplating the rules that govern existence?

If destiny makes each of us a slave, can we be horrified if we are not aware of this phenomenon?

If a film brings this state of affairs to light,  but also offers a glimmer of hope that we can break free of destiny -- what then?‍

I Lost My Body provokes these questions with its tale of a severed hand navigating the rooftops and gutters of an unnamed city (reminiscent of Ratatouille's Remy in Paris) as it seeks to resolve the mystery of its origin and its goals, and the intertwined story of Naofel, an underemployed pizza deliverer who seeks to make a life for himself, and to beguile the young librarian he loves.

I'm certain I've made it clear that this animation offers more philosophy than horror, but fans contemplating a film about a severed hand deserve to know what they are getting into.

Tobe Hooper doesn’t get a whole lot of love for the movies he made after 1977’s Eaten Alive, and this is especially true of 1985’s Lifeforce, adapted from “Space Vampires,” a novel by Colin Wilson (whose nonfiction book “The Outsider” was a major influence on the guiding aesthetic behind early FANGORIA). “Space Vampires” was well reviewed upon its publication in 1976, with Wilson acknowledging in interviews the book’s major debt to the Cthulhu mythos, and to "Lovecraft's favorite idea of incubi who can steal a human body, expelling its rightful owner." When Hooper’s adaptation was announced, I both celebrated and feared what was to come, as both Hooper and Lovecraft had been prone to cinema misfires, and the Golan-Globus production house, which was backing the film, was not regarded as a mark of quality.

FANGORIA #46 carried a Lifeforce cover image, but I skipped screening the movie after seeing the production stills, and when Colin Wilson called it the worst-ever screen adaptation of a novel, agreeing with many film critics, I was in no greater rush to see it.

Jump forward 35 years – now I have finally seen Lifeforce, and I must disagree with Wilson. Lifeforce is certainly not the best-ever adaptation of a novel to screen, but it is far from the worst. If the only thing it had going for it was the gorgeous nude body of French actress Mathilda May, it would be worth seeing; fortunately. It has more going on than that. One of these is a terrific performance by Steve Railsback, whose career was sadly undermined by his portrayal of Charles Manson in the 1976 TV film Helter Skelter. After the film was broadcast, you could not look at Railsback and not see Manson. Thirty-five years later, that’s not the case; Railsback never really looked like Manson -- it was simply a too-effective performance. In Lifeforce, he is a sympathetic protagonist, Colonel Tom Carlsen, commander of a joint US/UK mission aboard the space shuttle Churchill, which encounters a 150-mile-long spacecraft concealed within the nucleus of Halley’s Comet. Inside, they find the apparently lifeless forms of hundreds of batlike creatures, and three humanoids, a female and two males, contained in crystalline sarcophagi, and apparently in a state of suspended animation.

The crew collects one corpse of the bat-aliens and the three humanoids and begins the return trip to Earth. However, during the return journey, mission control loses contact with Churchill and a rescue mission is launched.

The rescuers find the Churchill destroyed by fire, all of the crew dead, but the escape pod is missing. The crystal sarcophagi and their humanoid contents remain intact. These are transported to a space research lab in London, where the female humanoid revives and drains the life-force from a guard, then escapes the lab and proceeds to leave a trail of drainees behind her. The male humanoids revive, and seem to be killed by guards, but rather than die, they take control of the guards’ bodies.

In Texas, the missing escape pod from the Churchill lands, with Colonel Carlsen aboard; he is shipped back to London, where he describes how his entire crew was drained by the humanoids, and his attempt to stop the contagion by setting the Churchill afire.

The female vampire is tracked to a psychiatric hospital in Yorkshire, where she has taken possession of the hospital’s director, Dr. Armstrong (an early science fiction role for Stewart, but not the first; he had appeared in Dune the year before). By heavily sedating the doctor, Carlsen believes he’s trapped the vampire, but it turns out she’s just manipulating him.

The stage, at last, is set for the end of the world. For a mid-80s apocalypse, the effects are decent, and not too ambitious to be believed. Nowhere near the waste of time that I feared.

In a better world, that would leave it with a tiny audience. But we live in this world, and the film’s potential audience has grown exponentially since its release. It brings Duane Jones back to the screen for the first time since 1968’s Night of the Living Dead, certainly a matter of choice for Jones, who likely had many opportunities for a quick payday in any number of horror and blaxploitation films of the day after his flawless lead performance for Romero. Jones was more ambitious than the opportunities the times offered to the majority of black actors, and writer-director Bill Gunn faced a similar situation; he’d been hired to make a knock-off of Blacula (1972), but signed on with the intention to use vampirism as a metaphor for addiction, in a film more ambitious than anyone wanted.

Jones plays Dr. Hess Green, a wealthy anthropologist who spends much of his time in the study of his mansion, engrossed in the lore of the Myrthians, an ancient African nation of blood drinkers. One evening, Dr. Green’s neurotic assistant, George, threatens suicide. Hess talks him down, and George shows his gratitude by attacking him with a Myrthian ceremonial dagger from Hess’s collection, and then killing himself. Hess is unharmed, but upon discovering George’s body, he is compelled to drink its blood.

The cursed dagger has launched a new life as a vampire for Hess, who at first subsists on blood stolen from a medical doctor’s office, though he realizes he will need a fresher source.

George's estranged wife, Ganja (Marlene Clark), arrives in search of her husband, but she is distracted by the charms of Hess; the two become lovers, and, soon after, Ganja discovers George’s corpse in the mansion’s wine cellar.

Nevertheless, the two become bound together by their shared vampirism, even as Hess seeks redemption, both for himself and his beloved Ganja.

The Fanatic is not a terrible movie, It has received terrible reviews because it is an "insensitive" movie, and because a lot of people dislike writer-director Fred Durst for the attitude he's displayed as frontman of Limp Bizkit. In order to put forth reasons you should see this movie, I am about to spoil its entire first half; I advise you to stop reading this review, if you are at all convinced you should see it; It is currently streaming through Amazon Prime

Moose is a man who seems to be suffering from several disabilities, including autism and obsessive-compulsive disorder as well as a learning disability. On a visit to the Hollywood Book and Poster Shop, he boasts that he will be attending the wrap party of the latest film of his favorite  star, Hunter Dunbar, known for his roles in horror and action films.

We soon learn that Moose is not invited to the wrap party, he is breaking in with the help of his friend, a paparazzi named Leah. Moose makes his way in, but Dunbar fails to attend the party. Leah then tells Moose about an app she uses to track celebrities down; by using the app, Moose gets the chance to approach Dunbar at his home to request an autograph, but Dunbar’s angry ex-wife arrives to confront him, ruining Moose’s fantasy of becoming friends with the star. Dunbar grows angry with Moose and threatens him with violence if he doesn’t stay out of his neighborhood. But Moose comes back repeatedly, and accidentally kills Dunbar’s housekeeper.

Moose returns that night and ties up Dunbar while he sleeps (why the housekeeper’s body hasn’t been found is not explained). When Dunbar awakens he sees Moose lying on the floor, appearing to have killed himself, until Moose seemingly revives and starts laughing at his clever joke. Moose then dons a hockey mask a la Jason Voorhees and pretends to stab Dunbar, using a prop knife with a retractable blade.

I am glad that I saw The Fanatic, if only for the thrill of seeing Travolta in the worst haircut of his career, and to see him dressed up as Jason Voorhees. While The Fanatic is full of potential giggles, one has to accept that the laughs are brought to you by a disabled character, and it is also regrettable that the disabled are presented here as a threat that they are not.
‍
-----------