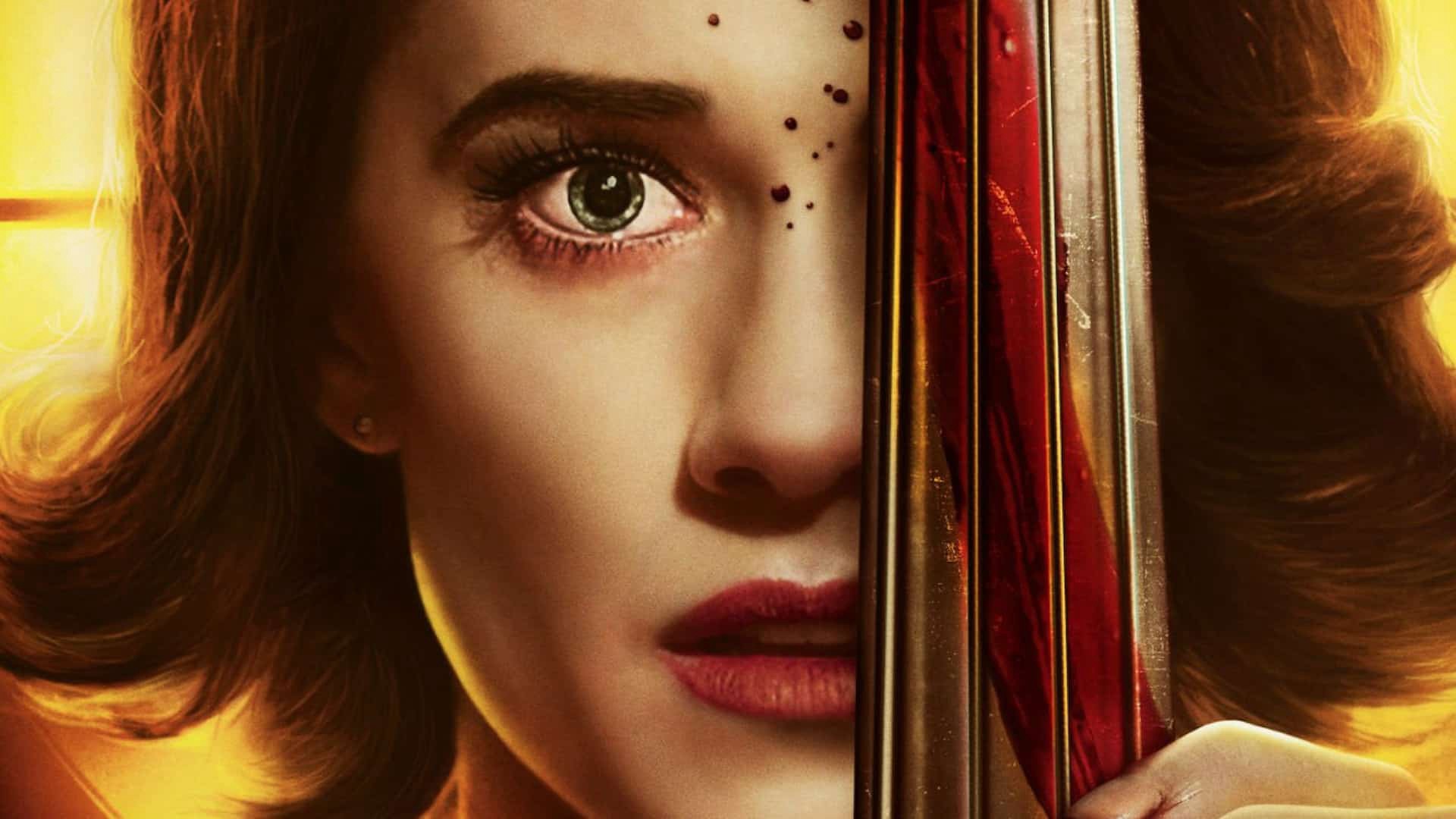 ICYMI: Original FANGORIA editor Robert Martin is back on the masthead via this weekly column of thoughts about the many genre offerings currently available on various streaming platforms.

Henry: Portrait of a Serial Killer was one of two films that motivated the MPAA to introduce NC-17 as a replacement for the X rating, so closely identified with pornography (the other being a 1990 art film, The Cook, the Thief, His Wife & Her Lover). A few have mentioned Frankenhooker as another factor in the change, but in fact director Frank Henenlotter was told by an MPAA rep that they were unable to rate the film because “there is no rating of ‘S’ for Shit.” So, there's that.

Henry, shot in 28 days (with no days off due to its miniscule budget of $110,000), was no art film, though one could argue that it is. Director John McNaughton had been hired to assemble a documentary on professional wrestling from an existing archive of wrestling films, and when that deal fell apart, the production company had a budget in place, but no script. McNaughton was offered the opportunity to put a low-budget feature together.

After seeing a segment on the news program 20/20 on serial killer Henry Lee Lucas, who had confessed to some 600 killings, McNaughton had found the subject of his film. It was already known that nearly all of Lucas’s confessions were false (he was awarded a strawberry milkshake for each confession), but supposing his tale-spinning to be true could provide the basis of a terrifying film.

It did, and despite the pedestrian facts in the case (most recently documented in the Netflix limited series The Confession Killer), it remains among the best films of graphic horror ever made. It was strange, at the time, to see Roger Ebert championing the film, when the main difference between Henry and any Friday the 13th film is that Henry is a film made with some skill. And why should lack of skill alone qualify a person's work for censorship?

I have no desire to spoil any part of the film Get Out, which is why it’s been absent from the gauntlet so far (I still hope to resolve this by some means), but I don’t think it’s a spoiler to say that Alison Williams’ role in the horror smash makes an appropriate preamble to her role as Charlotte in The Perfection, as both roles draw strength from the question of whether she is a cold, calculating participant in the evil unfolding around her, is perhaps unaware of the actual forces at work, or is doomed to become another victim herself. That all three possibilities contain some truth for her character in The Perfection at different stages of her arc is one of the surprising strengths of the film.

In order to make this review as spoiler-free as possible, I’ll spare you most of the film's plot details, as I describe some highlights that make it a compelling watch; but first, I’ll point out that the digital effects are flawed in a way that will piss off enthusiasts of practical effects. In recent years I’ve learned to forgive a lot in that area, and maximum enjoyment of The Perfection requires such forgiveness. Gross-out highlights in the film involve vomiting bugs, bugs crawling under the skin, self-amputation (off-screen), and, at film’s end, collaborative revenge that I’ll not discuss here. If you have the capacity to forgive some slightly-cheesy digital effects, you have no excuse to miss it.

Yakuza Apocalypse -- the Great War of the Underworld (Vudu)

Takashi Miike is known for reaching heights of brutality (Ichi the Killer, 2001) and heights of lunacy (Happiness of the Katakuris, 2008), but it is only occasionally that he blends the two forms of delirium into one motion picture. Fans of Miike at both extremes will not miss Yakuza Apocalypse, which finds the master of Japanese grindhouse fare in top form.

Kageyama is a young Yakuza whose desire to climb to the upper echelons of his clan is doomed to frustration, as his sensitive skin won’t allow him to get an elaborate tattoo, as is expected for any respected yakuza. While he is ruthlessly mocked by his fellows, he remains kindly regarded by clan boss Kamiura, who, unknown to the clan, is able to survive most any battle – because he is already dead – or undead – as a vampire yakuza!

When a gang of peculiar roughnecks arrive in town to enforce the will of yakuza higher-ups, they decapitate Kamiura; but, instead of immediately dying, his head invites Kageyama to partake in his blood – and become a vampire yakuza!

This, of course, is just the start of Kageyama’s trials, as he is adrift in a world of battle against kappa and kaiju, gunslingers and yakuza.

Ryu, a deaf-mute factory worker, is in desperate need of a kidney for his ailing sister. After losing his job, he offers his own kidney (which is not a match for his sister) plus his meager savings to black market organ dealers in exchange for a suitable kidney for his sister.

He is robbed by the gangsters of both his kidney and his money; when he is informed that a suitable donor for his sister has been found, he no longer has the money needed for the operation. His girlfriend, politically an anarchist, proposes that they finance the operation with a kidnapping. There are good kidnappings and bad kidnappings, she believes; we never hear of the good ones, where the kidnappers are properly paid off, the kidnapped is safely returned, and the police are never informed. We only hear of the bad ones, where the police are informed, and things end badly for everyone. Ryu kidnaps Yu-sun, daughter of Dong-jin, a wealthy businessman, and a friend of the man who fired Ryu from his factory job. Ryu’s sister discovers their plot and, blaming herself, takes her own life, In her suicide note, she tells Ryu that kidnapping is the worst thing he could have done, and her dying wish is that the child be returned. Ryu takes his sister’s body to a riverbank that was their favorite place during childhood. As he buries his sister’s body, he neglects to watch Yu-Sun, and is unable to hear her cries as she drowns.

As the plot thickens, we see that “Mr. Vengeance” is both the wealthy Mr. Park, and the struggling proletarian Ryu. Both earn our sympathy as they are blinded to their own barbarity by the same need for a just world. But, even as they call for justice, justice will come to call on them.

Cousins Menahem Golan and Yoram Globus purchased failing production company Cannon Films in 1979. The Apple was one of their first pictures, and probably their most notorious production, out of a long, long list of big-budget films released through the last two decades of the 20th century.

The Apple began as a musical stage play, with songs and scenario by Coby Recht and his wife Iris Yotvat, but proved to be too ambitious to mount on-stage at a reasonable budget. Recht knew Menahem Golan through their common roots in Yiddish theater, and contacted him to discuss The Apple. Golan encouraged the couple to allow him to adapt their work to screenplay form. Over the course of a half-dozen drafts, the distance from the Recht-Yotvat play to Golan’s script expanded.

The film, as released, takes place in 1994, when culture and government have been replaced by show business, personified by the satanic figure Mr. Boogalow (Vladek Sheybal), head of Boogalow International Music, or BIM. The film opens with Boogalow’s rising stars, Pandi and Dandi, performing “Do The Bim,” a celebration of power in the new culture. The song causes the audience’s pulse-rates to soar (the audience’s vital signs determine the winner), and Mr. Boogalow prepares to celebrate a win.

But the stage is then taken by a folk-rock duo, Alphie and Bibi, performing “Love, the Universal Melody,” and the song’s simple message speaks to the hearts of the audience. Just as the duo are at the point of winning, Boogalow interferes with the sound system, playing sounds that enrage the audience, and their boos cause Bibi to flee the stage, leaving Alphie to finish solo.

Mr. Boogalow celebrates his victory, and signs Bibi to a long-term contract, promising to make her into a huge BIM star. Alphie sinks into despair when his efforts to reunite with Bibi are only met with offers of earthly delights. Eventually he falls in with a group of hippies who have been living under a bridge in the park for 30 years or so. Bibi escapes Mr. Boogalow with the help of contrite Pandi, and reunites with Alphie. The Apple concludes with the happiest ending in all of cinema history as (HUGE SPOILER JUST AHEAD) everybody goes to heaven, and nobody has to die. The ending seems to come out of nowhere, because the script’s original opening scene had to be scrapped – it depicted the time of creation, and the adversarial relationship between Mr. Topps (God) and Mr. Boogalow (Satan).

At the first press screening of The Apple in Hollywood, vinyl copies of the soundtrack were given away, which came flying at the screen during the film, doing considerable damage. Menahem Golan later said that he was determined to commit suicide at the time, but was talked out of it by his partner Globus, thus clearing the way for Golan to produce Masters of the Universe, Superman IV: The Quest for Peace, and dozens of less memorable failures.

Nevertheless, I find The Apple to be the most entertaining sci-fi musical ever filmed. I will never have seen it enough times.