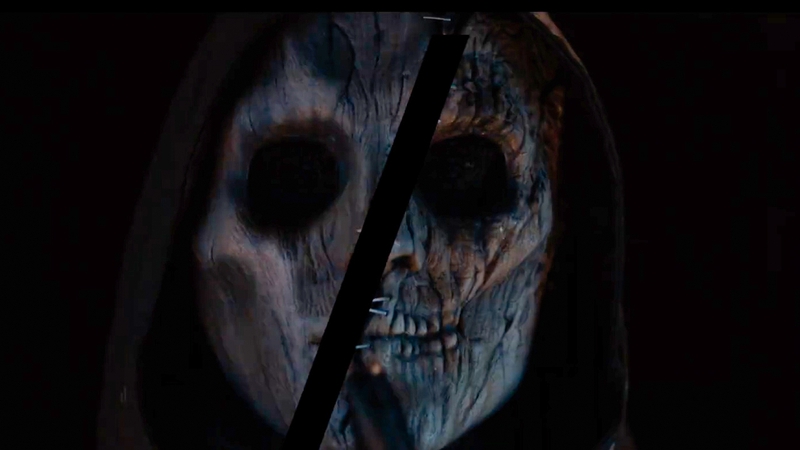 A nice close-up look at the new slasher in THEY/THEM.

This morning Peacock has deigned to gift us with a teaser for their upcoming queer slasher horror film They/Them and, as it’s coming from writer/director John Logan (Penny Dreadful), it kinda doesn’t matter what marketing does; we’ll definitely be there when this hits the streamer on August 5th. But let's take a look anyway:

Hell yeah! In the press release, Logan states that “They/Them has been germinating within me my whole life. I've loved horror movies as long as I can remember, I think because monsters represent 'the other' and as gay kid I felt a powerful sense of kinship with those characters who were different, outlawed, or forbidden... I wanted to make a movie that celebrates queerness, with characters that I never saw when I was growing up."

Hell yeah to that, too! But moreover, if this trailer looks like a good ol' vintage whodunit-style slasher in the woods, there's good reason: in the upcoming summer issue of FANGORIA, Logan tells us that “Jason Blum and I have been talking about doing Friday the 13th, I think for 10 years… but the rights were so complicated.” Mind blown!

But lucky for us, Logan seems to have taken that itch and scratched it with They/Them, which finds a group of LGBTQ+ kids (led by Theo Germaine) arriving at a shady "youth camp" in the woods run by one Owen Whistler (Kevin Bacon), and discovering that things are all just a bit... off.

And then whoever this is (hopefully not Hayley!), clearly shopping at the same Homegoods as Freaky’s Blissfield Butcher.

LFG, as the kids say! Some movies promote themselves, honestly. But you can (and should!) still read John Logan’s interview about the film in the upcoming issue of Fango.