Exclusive! Greg Nicotero Gives Us No Details On The Final Season Of The Walking Dead

Will season 11 give us the Commonwealth? 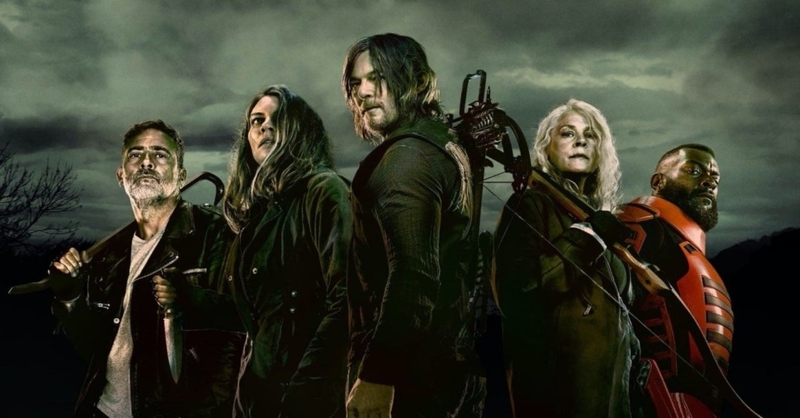 The end of an era is upon us. August 22 is the start of the final season of The Walking Dead.

Whether you love the show, hate the show, or fall somewhere on the spectrum, you can’t deny that it was a momentous show in television history. The first zombie series on US television, it paved the way for a wide variety of horror television, and TV shows based on comic book properties.

Based on a comic book series of the same name by Robert Kirkman, Tony Moore, and Charlie Adlard, The Walking Dead follows Rick Grimes, a small-town cop who gets shot and wakes from a coma about two months into the zombie apocalypse. The proceeding seasons follow Rick and a group of survivors as they struggle to rebuild society while they fight dangers from both the living and the dead.

Since the show is based on a comic book, there is a blueprint for the show. When the comic came to an end in 2019, that of course brought up the question: is it time to end the show? “I think that was definitely in the back of some of our minds,” executive producer and director Greg Nicotero told me in an exclusive interview. “As we’ve proven with Fear the Walking Dead and World Beyond, there’s a lot of story to tell. The zombie universe is still ripe for sowing.”

The TV series mixes up who dies in the show, compared to who dies in the comic books, to keep fans on their toes. But the major story arcs and villains are all there: the Governor; the prison; the Hilltop and the Kingdom; and my favorite, the Whisperers. Does that mean that the final season will take us to the Commonwealth, as seen in the last major arc of the comic book? “We saw the troopers at the end of Season 10, so I think it’s safe to say we will be seeing the Commonwealth,” Nicotero confirmed to me. According to the comics, the Commonwealth is a capitalist haven, complete with restaurants with waitstaff, and cleaning crews that take care of the rare, stray zombie that might end up in town.

“That was really exciting because we know we’re opening a new chapter of The Walking Dead,” Nicotero continues. “It’s something that’s very different. Even filming [in the Commonwealth] is strange because it’s a very unique contrast to the world that’s outside. That’s something I think people will be excited to see because we’re changing up some things.” Frankly, it doesn’t sound that different from what we have seen in World Beyond, the third series in The Walking Dead universe. Set concurrent to The Walking Dead, the characters in World Beyond exist in a community that doesn’t seem far off from real life. However, that is a big change for the characters of the original show.

“From a storytelling standpoint, we want to continue to give audiences a bigger and bigger scale, and spectacle,” Nicotero promises. “That’s challenging. We have a lot of scope and a lot of scale. It’s a big season, with a lot of big set pieces.” What those set pieces are, and who is involved in them, are kept under lock and key. As with every other season of TWD, details are kept to a bare minimum. “We’re only a third of the way done with shooting,” Nicotero says during our late June interview. “We still have sixteen more episodes to film, so we have a lot of story to tell. It’s the longest run we’ve ever had. We’re shooting for thirteen months. We’ve never had a thirteen-month run.

“A lot can happen as the stories get developed and the scripts come in,” Nicotero continues. “There’s definitely a skeleton of the story, where it’s going. But the unique thing about it is you start breaking these stories and working on the scripts, and you start discovering things: what if we tried this? What if we tried that? That’s kind of exciting.”

One of my favorite storylines in the series is the Whisperers: a group of survivors who dress in zombie skins, walk amongst the dead, and occasionally whisper amongst themselves – to share information or to scare their victims. The whole idea of it is creepy: you could be set upon by a group of the dead, only to suddenly be confronted by a living, breathing human who can suddenly react to you very quickly. It was an interesting way to get “fast zombies” into the “slow zombie” mix.

Nicotero loved the Whisperers, too. “That took the show to a different level because we introduced a new threat that was creepy as well as unique,” he agreed. “That Whisperer storyline was something I was really excited about, when we got to design the Whisperer masks. They have that kind of John Carpenter, Michael Myers sort of vibe because they are faceless… they’re not like zombies. They could just stand there. A lot of the scenes I shot with them, they were shot in silhouette or they were spooky… it gave us opportunities to really celebrate the genre elements that need to be part of TWD. The horror element. You’ve got to walk that fine line between it being a soap opera and it being a genre show. It’s important to maintain that level of anxiety and fear.”

I tried getting spoilers out of Nicotero, some tiny detail that we might be able to grasp on to, but he’s been at this for far too long to slip up. “There’s some really fun stories coming up,” he offered without detail. “But I’ll tell you, the first couple episodes I’ve seen, they’re really good. They’re exciting, innovative, different, character-driven. We’re really trying to give our loyal audience something to sink their teeth into - pun intended.”