Blockbuster aquatic horror, why must you elude us? 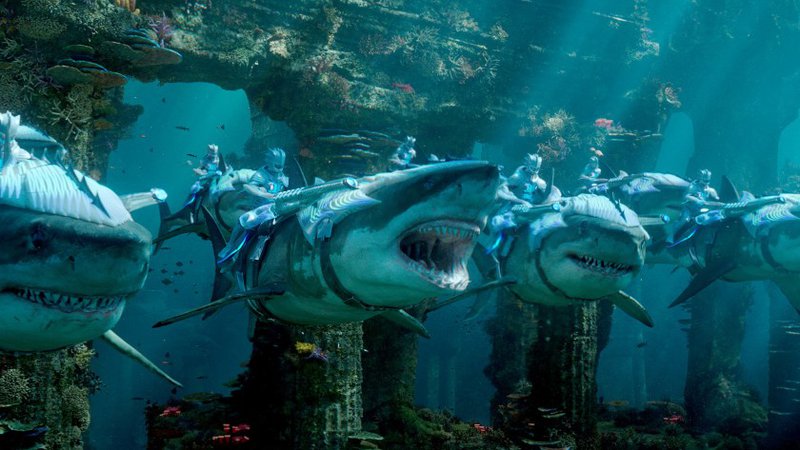 THR reports today that Warner Bros has decided to "move forward" without two planned DC properties: Ava DuVernay's New Gods and, more relevant to a horror blog, James Wan's The Trench. While we're not generally on the comic book beat around here, The Trench was intended as an aquatic horror spinoff to Wan's 2018 Aquaman, and I think we can all agree there's just not enough aquatic horror these days. Or, really, any days.

"As part of our DC slate, some legacy development titles including New Gods and The Trench will not be moving forward," Warner Bros. and DC said in a statement. "We thank our partners Ava DuVernay, Tom King, James Wan and Peter Safran for their time and collaboration during this process and look forward to our continued partnership with them on other DC stories. The projects will remain in their skillful hands if they were to move forward in the future."

Aquaman 2 is still in the works, naturally, but that's not really any of our business. Could The Trench be revived if the sequel's a hit? Maybe! In the meantime, Underwater is on HBO Max and Sea Fever's on Hulu, if you're looking for a couple of excellent aquahorror options from the past year or so. Aquaslash is, uh, also a thing.