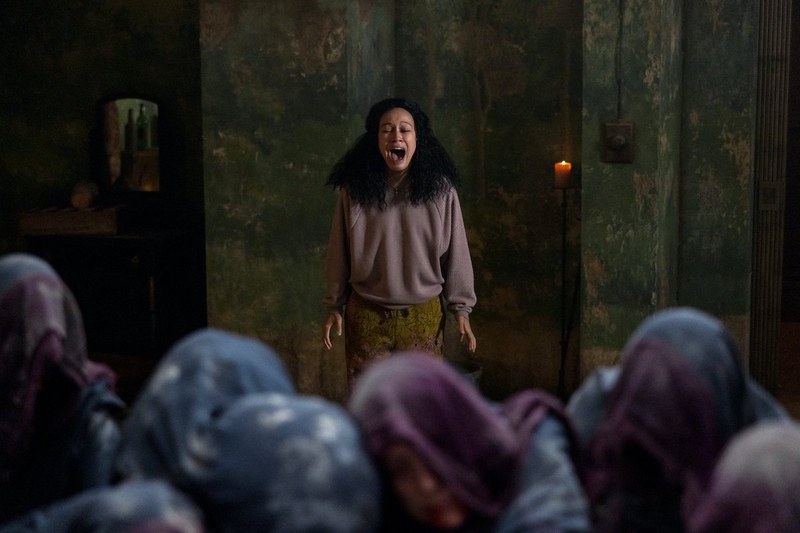 The Midnight Club will premiere on Netflix on October 7th.

The Haunting of Hill House, The Haunting of Bly Manor, Midnight Mass and now The Midnight Club – get ready to add another Mike Flanagan fright-fest to your Netflix watchlist.

After a teaser earlier this summer, Netflix have released the first trailer for The Midnight Club, a new horror series set to make its premiere on the streaming service on October 7th.

The series is an adaptation of Christopher Pike’s 1994 YA horror novel of the same name, and follows a group of terminally-ill teens who meet at midnight each night to share spooky stories and explore the dark secrets of the hospice where they live.

Mike Flanagan isn’t the only director who’ll be pulling the creative strings on The Midnight Club. The 10-episode adaptation is a creative collaboration between creators Flanagan and Leah Fong (Once Upon A Time) and a whole host of directors. It’s a veritable feast of creative powerhouses, including Axelle Carolyn (The Manor), Viet Nguyen (The Chilling Adventures of Sabrina) and Emmanuel Osei-Kuffour (Black Box) to name but a few.

The Midnight Club isn’t the only Christopher Pike story that the series will adapt either. Vanity Fair reported that other Pike novels are set to be featured over the course of the episodes, including:

“[…]Witch (1990), about a girl with mystical abilities who tries to prevent her catastrophic visions from coming true; Gimme a Kiss (1988), in which a bullied student fakes her own death as part of a twisted revenge scheme; The Wicked Heart (1993), which follows the trail of a high school serial killer whose preferred weapon is a hammer; and Road to Nowhere (1993), in which a heartbroken young woman running away from her life picks up two eerie hitchhikers.”

The Midnight Club is led by Iman Benson (Creepshow) as Ilonka, a young girl whose university dreams are tragically dashed when she receives a life-changing diagnosis. Fans of Flanagan’s (Fanagans?) extensive back catalogue will also be excited to see some familiar faces such as Zach Gilford (Midnight Mass), Anarrah Cymone (Midnight Mass), Igby Rigney (Midnight Mass, as well as the upcoming The Fall of the House of Usher) and Samantha Sloyan (Hush). Final girl and horror royalty Heather Langenkamp (A Nightmare on Elm Street) will play Georgina Stanton, a doctor at Brightcliffe Hospice.

Of course, it wouldn’t be a Mike Flanagan feature without Kate Siegel, who has been an integral part of the Flanaverse since Oculus. While Kate won’t be starring in The Midnight Club, according to Collider she will have a very small cameo - yay!

Judging from the trailer, The Midnight Club is going to be a haunting and emotionally charged series in line with Flanagan’s knack for creating moments that’ll chill you to the bone and then rip your heart out. Check it out below: