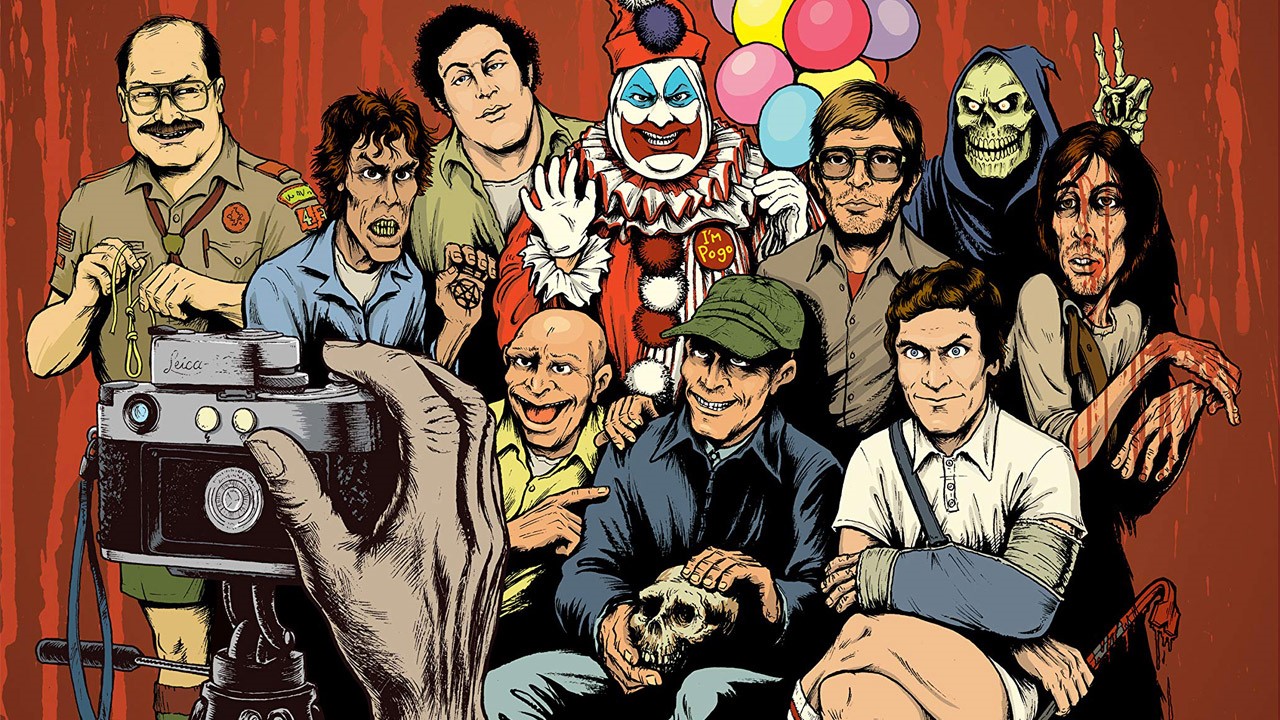 eath has always been a laughing matter. With tragedy, there has been levity. This isn’t an infantile concept, and neither is the fascination with true crime. Pan over to macabre sensation The Last Podcast on the Left. The trio of hosts, consisting of Ben Kissel, Marcus Parks and Henry Zebrowski, has been heckling the dark side of life for 10 years, and things have only gotten weirder for the gang since. On April 7, they published their first book, perhaps too appropriately titled “The Last Book on the Left.” Essentially a collection of biographies, the text covers the world’s most nefarious serial killers with intimate detail and comedic commentary, complete with vivid illustrations from artist Tom Neely, a painter and cartoonist that was a dream pick for the podcast.

Henry Zebrowski: I had read [Neely’s] Henry and Glenn Forever and Ever comic in the past and I absolutely loved it. I still carry the flag of Danzig! When we sold the book, but not “officially” to the world, we made an announcement on Last Podcast that we were looking to work with a graphic artist on a project. We blew the mighty Conch Shell for comic artists to see who would scurry in from all coasts. We got a lot of unique and super-talented people to send us some work examples. In the very beginning of the process, a mutual friend suggested Tom Neely. And I was essentially like, “Uhhh, would he actually even want to do this? We are clown boys.” But we got in touch with each other and Tom and I had a pile of tacos and beer and he got the concept of the book immediately. He knew exactly how to depict the “underground comic feel” of the book in the only way possible: making it a killer-as-fuck underground comic book.

Considering the show now has more than 400 episodes, the podcast had plenty of material to mull over when choosing the subject matter of serial killers. Parks acts as the main scriptwriter for the show and by default, was the main writer for the book. The team ultimately decided on covering nine killers by using a combination of criteria.

Marcus Parks: We wanted to revisit some of the serial killers that we covered in the early years when we really didn’t know what we were doing. This show has always grown organically, so it really did take us between 150 to 200 episodes to really understand what it was we were doing here and another 200 to really hone it into what it is today. The killers covered in this book are the most well-known in existence, so we wanted to add our voice to the true-crime conversation. Mainly, we wanted to show them for the truly pathetic beings that they are. Originally, we wanted to add the Zodiac Killer but once we got about halfway, we realized that covering an unsolved crime didn’t fit.

It’s worth noting that serial killers are a fraction of what the team has covered, which ranges from cryptids to government conspiracies, from cults to ghosts. Brain-damaged humans aren’t the only intriguing mysteries, and the boys have dissected hundreds of them. But discussing these topics over drinks and microphones is a stark contrast to spending hours (more like weeks) writing about them for a reading audience, as Parks found out during his traverse into book crafting.

MP: “I write my script for the show in specifically my own speaking voice. It’s a trick I learned from working in FM radio for five years. Since that was the only writing I’d been doing for years, though, it was extremely difficult to unlearn every trick and habit I’d developed so I could translate my speaking voice into a writing voice. Transitions are easy to write in a script because I can depend on coming back from Henry or Ben’s commentary or I can start a new thought with a well-placed “now” or “see,” but with the book, every transition had to be carefully crafted. I can also get away with using some of the same words or sentence structures over and over again in scripts, but that makes for fantastically boring prose. In other words, all the technical shortcuts that are necessary in order to put out a script every week were unusable, but I also had to switch back and forth between writing for a chapter and writing for a script almost constantly. I can’t be too precious with how I write something with a script, but a book is forever. Once it’s out, it’s out, so how I wrote mattered a lot more. It was a challenge, but it worked out in the end.”

While the adapted writing style is noticeable in the book, fans will be pleased to know that the movie references from Ben and the haughty jokes and psychoanalysis from Henry have found their way into Parks’ trademark candid text. The decision to tackle this project wasn’t always at the forefront of their minds, as doing several shows per week is anything but time-allotting. Still, the choice to weigh down the workload was made, but on their own terms.

MP: “I never had time to think about any outside projects other than the podcast and the network, to be honest. I went to school for creative writing, so of course publishing a book had always been a dream, but it was a dream I’d long since put away to focus on what was already in front of me every week. At first, the opportunity was enormously overwhelming and if I’m honest there were a couple times when I wanted to quit. But, through the support of my wife and the guys, we pushed through and got it done. I had to sacrifice three years of social life in order to do both the writing and the production of the podcast every week, but it was worth it.”

The Last Book on the Left is a companion guide for those who want to be entertained while generally horrified in their true-crime submersion. Kissel, Parks and Zebrowski do their job well, which is to humanize these so-called boogeymen and poke fun at them.  Because, according to The Last Podcast on the Left, “the only way to defeat these monsters is to laugh at them. Or put them in jail, obviously.” ‍

The Last Book on the Left is now available everywhere books are sold.