In which Christian Bale's detective joins forces with Edgar Allen Poe to catch a serial killer. 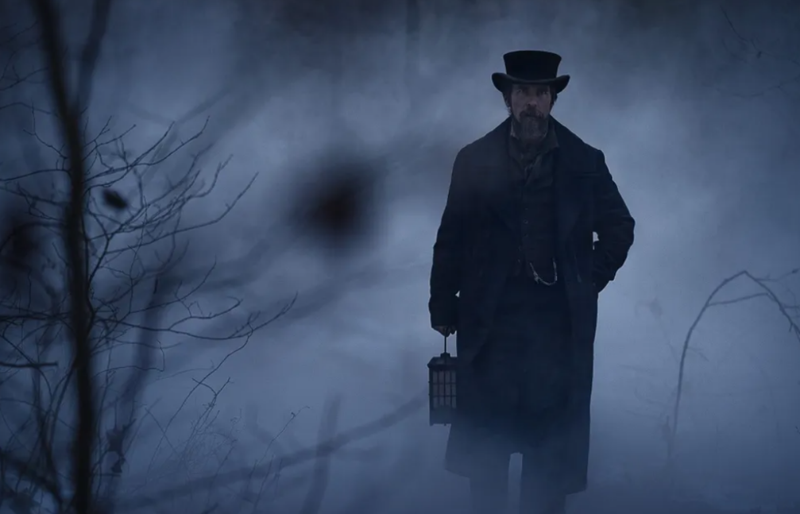 We've been keeping a close eye on Scott Cooper's The Pale Blue Eye over the past couple months; that's what happens when someone tells us there's a new gothic murder mystery headed our way where Christian Bale plays a grizzled detective hunting a serial killer with the help of Edgar Allen Poe (played here by Harry Potter's Harry Melling). You gonna ignore something like that? We're not.

Anyway, we've already looked at this film's poster and teaser trailer, but today brings us a full-blown trailer for the Netflix film, which hits the streamer later this month. We'll get to that in just a second! But first, let's refresh our memories with another look at The Pale Blue Eye's official plot synopsis (via Bloody Disgusting):

“West Point, 1830. In the early hours of a gray winter morning, a cadet is found dead. But after the body arrives at the morgue, tragedy becomes savagery when it’s discovered that the young man’s heart has been skillfully removed. Fearing irreparable damage to the fledgling military academy, its leaders turn to a local detective, Augustus Landor (Christian Bale), to solve the murder. Stymied by the cadets’ code of silence, Landor enlists the help of one of their own to pursue the case, an eccentric cadet with a disdain for the rigors of the military and a penchant for poetry—a young man named Edgar Allan Poe (Harry Melling).”

Alright, everyone clear? Good, let's check out that trailer...

Looks pretty damn creepy to us, though we can't say we're terribly surprised: director Scott Cooper's also the guy who delivered Antlers, and that one was nothing if not creepy (and massively depressing, yes, but let's not get sidetracked). In addition to Bale and Melling, The Pale Blue Eye also features performances from a murderer's row of performers, including Gillian Anderson, Charlotte Gainsbourg, Lucy Boynton, Toby Jones, Timothy Spall and Robert goddamn Duvall. Phew!

The Pale Blue Eye will hit Netflix on December 23rd. We're excited to check it out. How 'bout y'all?