The Devil And Arnold Schwarzenegger: 20 Years Of 'End of Days' 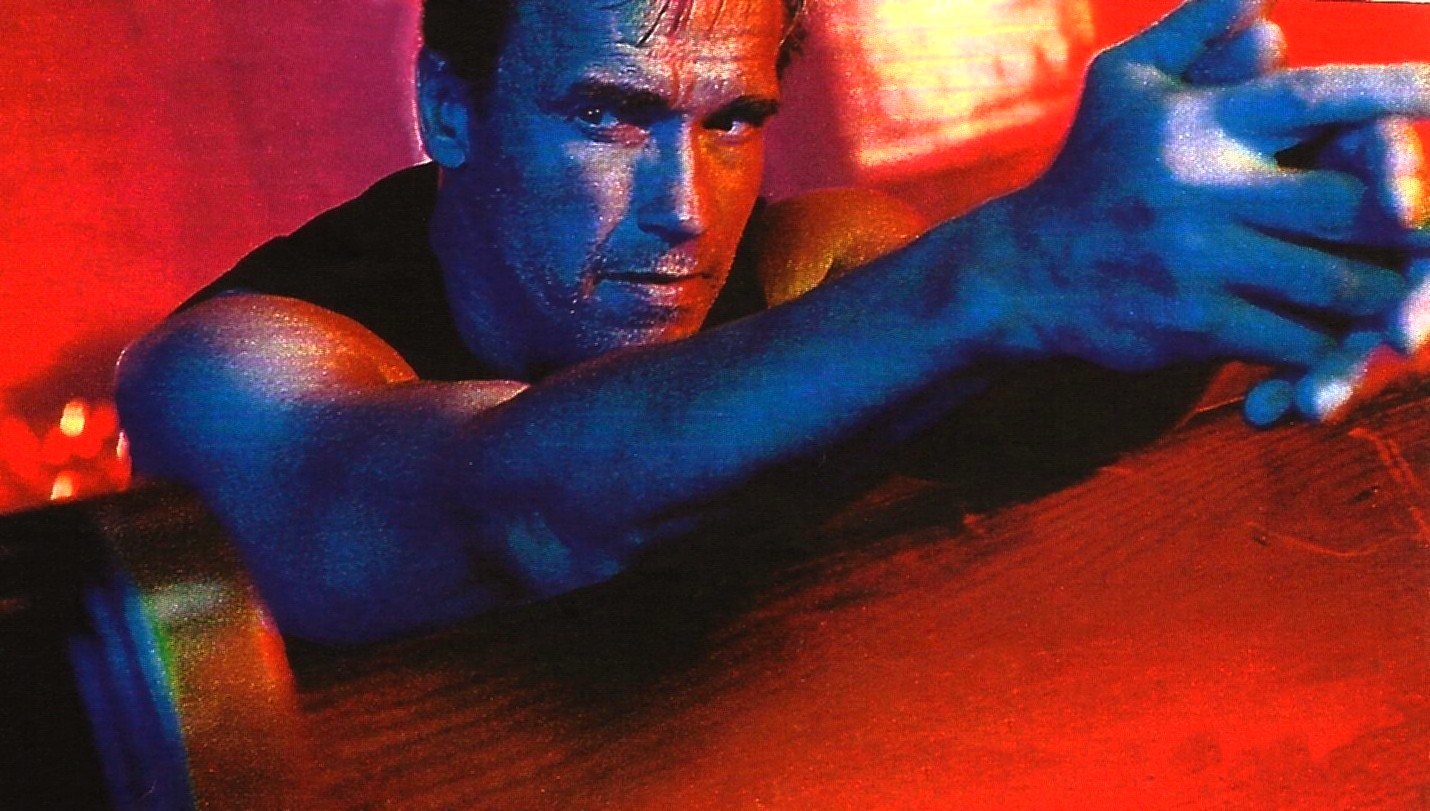 Arnold Schwarzenegger contemplates his return to action in 'End of Days.' (Photos: MovieStillsDB)

The Devil And Arnold Schwarzenegger: 20 Years Of 'End of Days'

s 1999 ticked to a close, the end was nigh. Computers were going to fail, power was all but guaranteed to go out across the country, planes would drop from the sky, and Arnold Schwarzenegger would have to fight Satan. In Peter Hyams’ horror-action hybrid End of Days, the threat of Y2K was child’s play compared to the Devil coming to Earth in order to sire a child. In the 20 years since Hyams’ film opened, End of Days feels forgotten. It’s a relic of another era, one in which the Twin Towers are visible in every skyline shot; where payphones still exist; where public bathrooms have faucets that aren’t activated by sensors.

It was also a world in which Arnold Schwarzenegger’s mega-stardom was on the precipice of a steep decline. The once and future Terminator had undergone heart surgery in 1997 and had been off-screen for two years. End of Days was his comeback vehicle – his first since his campy turn as Mr. Freeze in Batman and Robin – and it would show the Austrian Oak in a whole new light. A moody, dimly lit light. Our first introduction to Schwarzenegger in End of Days finds him in a dark apartment, pressing the barrel of a gun against his own forehead. He’s at the end of his rope, and while he’s still a towering, muscular man, his End of Days appearance manages to make him look smaller than he had ever looked before. In many ways, he looks like a normal guy in rather good shape, not the hulking body builder he once was.

After his suicide attempt is thwarted, Schwarzenegger’s character, cop-turned-bodyguard Jericho Cane proceeds to make himself a breakfast smoothie that consists of coffee, Pepto-Bismol, beer, leftover Chinese food, and a slice of pizza that’s been discarded onto the floor for some reason. These introductory moments hammer home that this wasn’t going to be your average Schwarzenegger movie. He wasn’t an unstoppable machine now. He was a fragile, self-destructive sad sack. He even eventually does something he had never done on screen before: he cries.

As the dawn of the 21st century looms, Satan plans to impregnate 20-year-old Manhattan resident Christine York (Robin Tunney), who has been chosen by prophecy to be his damned bride. Since Old Scratch is bound by very strict rules, he has to knock Christine up before midnight on New Year’s Eve. “Is that Eastern Standard Time?” Jericho asks when he learns of this plan, allowing End of Days to tell its audience it knows how silly this all is.

Silly or not, End of Days has style, and atmosphere, to burn. Hyams served as his own cinematographer on the flick, and he shoots the hell out of this thing. He’s fond of depth-of-field shots, where the background of a scene is always stretching on forever, and more brightly lit than the foreground. He also adopts a warm lighting hue rather than drop a blue filter over the whole thing and call it a day. Harsh beams of light are always cutting through rooms soaked in darkness, and lamps burn like pale fire. The end result looks like a Francisco Goya piece that just happens to have Arnold Schwarzenegger painted into its center.

End of Days is a film of “what ifs?” It was rumored to be written with Tom Cruise in mind for the lead, and filmmakers Sam Raimi and Guillermo del Toro were offered the director’s chair. All of those alternate options would have garnered far different results, and audiences might be looking back on the film with a bit more fondness today. But as it is, End of Days is still worth remembering, even embracing. Schwarzenegger would soon follow it up with dull dreck such as Collateral Damage and another Terminator sequel in roles that took him back into unstoppable killing machine mode.

But to see him in End of Days is to see him act. No one will ever accuse the former Governor of California of having range, but he opened himself up in End of Days in ways he had never done before. Throughout the film he gets his ass kicked repeatedly, including an amusing scene where Miriam Margolyes, an actor Schwarzenegger outweighs by hundreds of pounds, hurls him across a room. Hordes of faceless devil worshippers give Schwarzenegger’s Jericho a beat-down in an alley and proceed to literally crucify him on a broken piece of telephone pole. He appears to be dead, but like Jesus himself, Arnold is lowered from the cross and proceeds to rise up again. He then heads to an armory and picks up a rocket launcher, something Jesus never did (unless it got cut out of the Bible at one point; maybe it’s still in the Dead Sea Scrolls).

End of Days’ huge climax involves Jericho tossing down his weapons and tearfully asking God for strength. He has to face off against Satan in his true form – a huge, winged monstrosity conjured up by special make-up effects guru Stan Winston. Beelzebub is able to cram his towering demonic visage into Schwarzenegger’s body in one last attempt to father the Antichrist, but like Jason Miller’s doomed Father Karras in The Exorcist, Arnold is willing to take his own life to save the life of another. In Times Square, the ball drops, the 21st century comes rushing in, and Satan has to sulk back off to hell. In End of Days, Arnold Schwarzenegger died for our sins. The least we can do, 20 years later, is give this devilish film its due.