THE DESCENT: Cultural Claustrophobia In A Covid World

The way out, is through. Descending into Neil Marshall's claustrophobic classic. 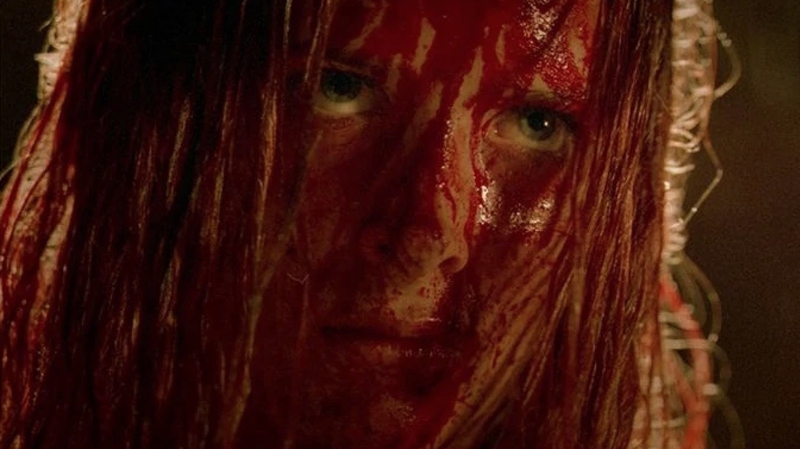 In 2005, three years after the release of his debut feature Dog Soldiers, Neil Marshall's The Descent came thundering into the hearts and minds of horror fans everywhere, with emotions and scares heavier than a rockslide to the skull. On the surface, The Descent is a creature feature with a twist, subverting the damsel in distress trope with a cast of fleshed-out and individualistic women defined less by the tightness of their tank tops and more so by the strength of their character. When Sarah (Shauna MacDonald) suffers a tragedy, her gang of friends, led by the outgoing and athletic Juno (Natalie Mendoza), come together to help Sarah heal by taking her on an extreme weekend of subterranean exploration that ends more horrifically than any of them could have imagined. A pivotal piece of British genre cinema, the story of a caving expedition gone horribly wrong was conceived as an antidote to a slew of brash and brawny American horrors that reigned over the early aughts, shifting focus away from masked slashers and schlock and back to the simple dread of darkness.

From John Erick Dowdle's As Above, So Below to David Bruckner's The Ritual, its thematic and stylistic influence can still be felt, and although emotional suffering has always been a cornerstone of the genre, a more recent surge in widely divisive 'metaphorror' undoubtedly treads paths carved by the film. The Descent is a horror that squeezes you in tight and refuses to let go, breaking your heart and leaving you battered and bruised. Almost two decades after its release, the claustrophobia of The Descent feels more relevant than ever. The global pandemic has left many of us isolated and alone, sequestered and bound to our small spaces, forced to navigate the crushing weight of anxiety, grief and – yes, I'm going to say the dreaded word – trauma. 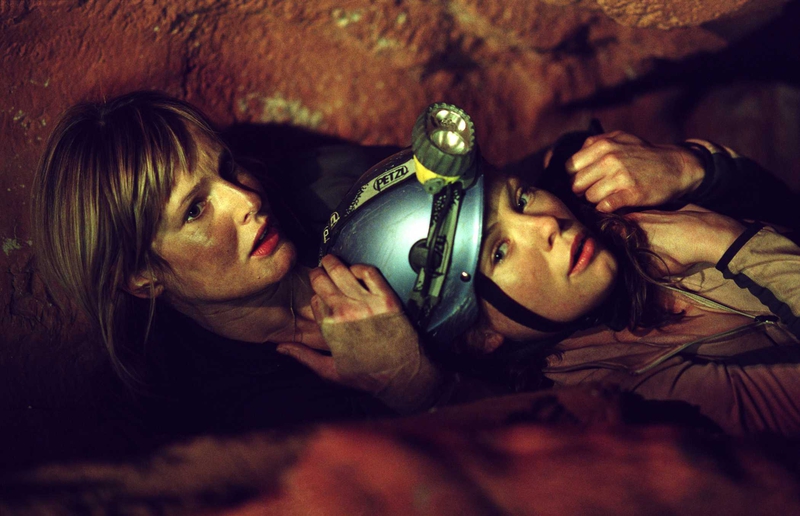 Since its release, fans of The Descent named the claustrophobic aspect of it as perhaps even more terrifying than (wo)man-eating monsters. The fear of small spaces with no escape seems to be almost universally shared, and while there are those out there who enjoy the thrill of the crush, caving isn't a hobby for those who would rather avoid close quarters. Since 2020, the importance of personal space has become tantamount to our safety and sanity. Social and physical distancing became second nature to many of us, the six-foot radius of our safety spheres providing breathing room and protection. The Descent offers no such space, as the women are crammed and crushed nose to nose: terrifying in any context, but even more so after three years of careful avoidance of close contact with the germ-filled human face. And, of course, it's not just the humans who present as a threat of infection. At one point, to evade the blind crawlers, Sarah is forced to play dead, lying still in silence while one of them clambers over her prone body. The grimy, slimy, and DEFINITELY unsanitized hand of an unsuspecting crawler pressing down dangerously close to her mouth is now terrifying in a whole new way.

The Descent's claustrophobia comes not only from the encroach of stalactite and stone but one that everyone – not just cavers - can relate to. Loss permeates every moment of The Descent, the first and foremost of course stemming from the violent death of Sarah's husband, Paul, and daughter Jessica. Grief bears down harder than an avalanche, and shouldering the burden of unfathomable loss can feel like suffocating. Whether we consciously acknowledge it or not, the specter of a globe-worth of grief now present in our individual lives has felt like walls closing in, escape routes blocked by fallen boulders. 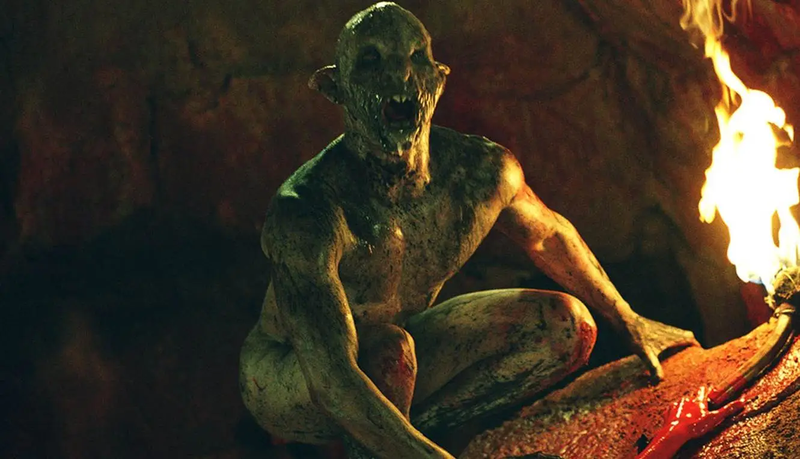 For Sarah, she learns the hard way that moving on means moving through, deep down within the dirt, to the middle of her pain where it takes tangible form: the crawlers. To seek catharsis for the destruction of her family unit, Sarah destroys a community of social creatures who work together, rely on each other, and might even love each other for all we know. Deep beneath the dirt, in their own little socially separated bubble, the crawlers have their world shattered by an invasive, outside force.

The killing of the crawlers mirrors the destruction of the friendship group, as one by one, Sarah's friends succumb to the horrors of the cave, whether at the hands of the crawlers or each other. Whilst most of us are (hopefully) lucky enough to have not lost our friends to cave-dwelling creatures, over the last couple of years, tens of thousands of us have mourned the fracturing of friendships, some outright collapsing under the weight of comparative expectations, of promises of regular Zoom calls that have stumbled at the first cancellation. On a recent rewatch of The Descent, I found myself hit with a gut punch of a realization: I no longer had enough 'real life' close friends to assign us each a Descent-equivalent. I had a Beth and a Rebecca. But no more. In a way, I feel an affinity with the crawlers now, scrambling widely in the dark, eyes adjusting to a world dimmer and deeper than it ever felt before. Our pre-pandemic world is gone, and what remains is an unfamiliar landscape that will permanently alter our minds, our bodies, and the way we navigate our future. It's no wonder that, for many of us, the foundations of our sanity are shaken. 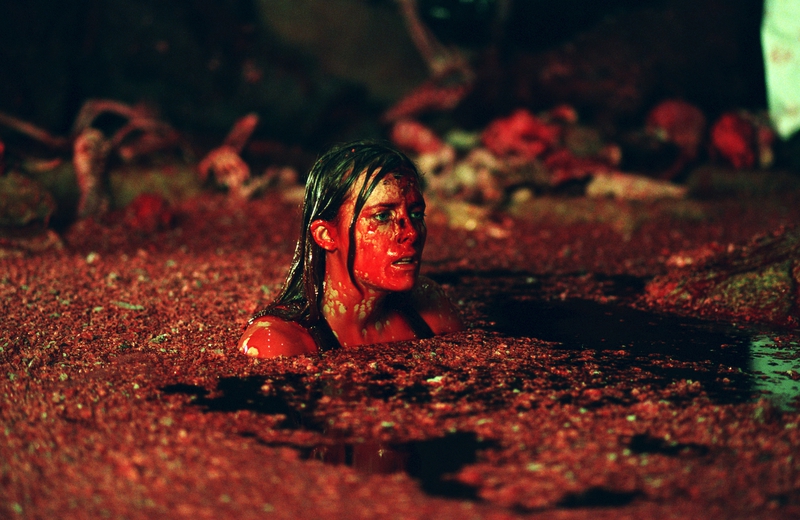 A popular and enduring reading of the film is Sarah's own personal descent into madness. The Descent's visual metaphors for Hell support the theory; the red light from the flare and the coagulated blood-pond at the cave's center call to mind visions of Dante's Lake Cocytus. To combat her grief, Sarah must traverse into the cavernous maw of blood-stained stone and violence, moving further from the light of stability to which she clung so desperately at the start of the film. Here on the surface, few of us haven't seen our sanity slip between our fingers over the last three years. A brief released by the WHO in March revealed that, in the first year of the pandemic, the 'global prevalence of anxiety and depression increased by a massive 25%', with women being more severely impacted than men.

By the end of The Descent, Sarah, broken and bloodied, makes her way out of the cave after leaving Juno to die at the hands of the creatures. With the sun in her eyes and fresh air in her lungs, we revel in a joyous and cathartic ending before a ghostly vision of Juno reminds us that recovery is not linear, that memories of trauma resurface and can continue whether we're in the cave or out of it. The original (and as far as this Brit is concerned, only) ending paints an even more bleak picture of grief, with Sarah's miraculous escape being nothing more than a cave-induced hallucination. In reality, Sarah has never left the cave, and – if you wisely ignore the sequel – presumably remains there. 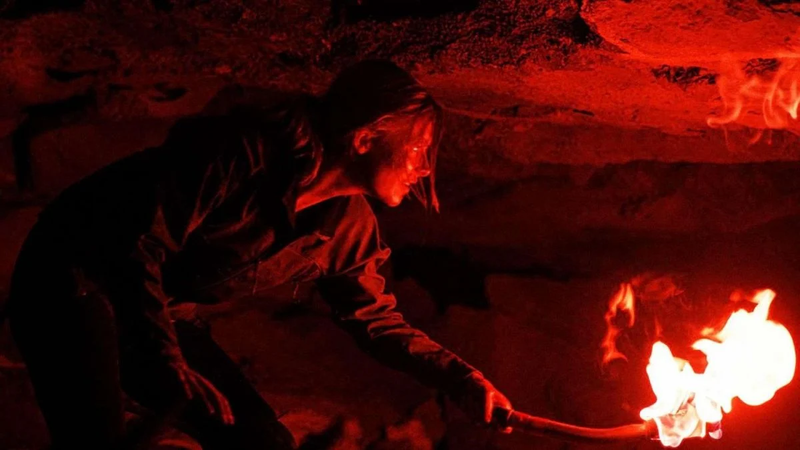 Hopeless as The Descent's true ending may seem, Sarah is still left with a resolute determination on her face, one that speaks to madness, motivation, or both. Early in the film, Beth's assertion that 'the worst thing that can happen to you has already happened' is quickly proven to be an innocently inaccurate presumption. With our constant consumption of bad news almost hourly, it's hard for us to believe that the worst is over. What lies around the turn of the tunnel is unknown, and whether there's light up ahead or not, one thing remains certain. For Sarah in her relentless determination to survive, and for us, exhausted and bedraggled with plenty of healing ahead, the way out is through.

The Descent is streaming on Shudder (also available with AMC+) as part of its “The Home for Halloween” lineup, now through November, along with its sequel, The Descent: Part II.