Slice off alien limbs in greater resolution than ever before! 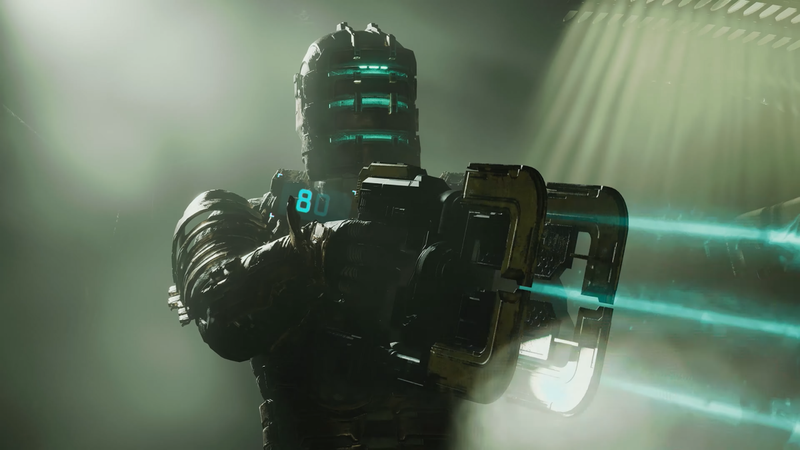 Believe it or not, it's been nearly 15 years since the original Dead Space slithered and sliced its way onto consoles, and now - after two sequels, two spin-offs, a mobile game, two CGI animated films, a comic book series, and a novel - the title that started it all is getting its very own remake via the good folks at Motive Studios.

Let's see what they've done with the place.

Great googly moogly! This looks fantastic, doesn't it? All the things that make Dead Space, Dead Space are present and accounted for here, from the limb-removal-as-combat gunplay (a revolutionary gameplay mechanic at the time of the original's release) to that lighted row of energy cells on Isaac's back (his suit's looking sharper than ever, as is quite literally everything else), and the people at Motive certainly haven't skimped on the series' trademark gore. Very exciting stuff!

For those who weren't around when the first Dead Space came along: the game finds you in the shoes of one Isaac Clarke, an engineer who gets sent in to fix a busted mining ship (the USG Ishimura), only to discover that virtually everyone onboard is either dead and splattered all over the walls ... or reanimated and creeping around the Ishimura's vast array of corridors. As you progress through the game, Isaac earns quality of life improvements for his fancy suit, new weapons, and so on, and eventually there's a great ending where you find out what the hell's been going on throughout the game.

It's a helluva title, in other words, and one we cannot wait to play again. The Dead Space remake arrives on consoles (PS4 and XBOX Series S) and PC (via Steam) on January 27th. You might wanna go ahead and put in for a few days off work now. Stay tuned for further updates, trailers or Dead Space news as they roll in.