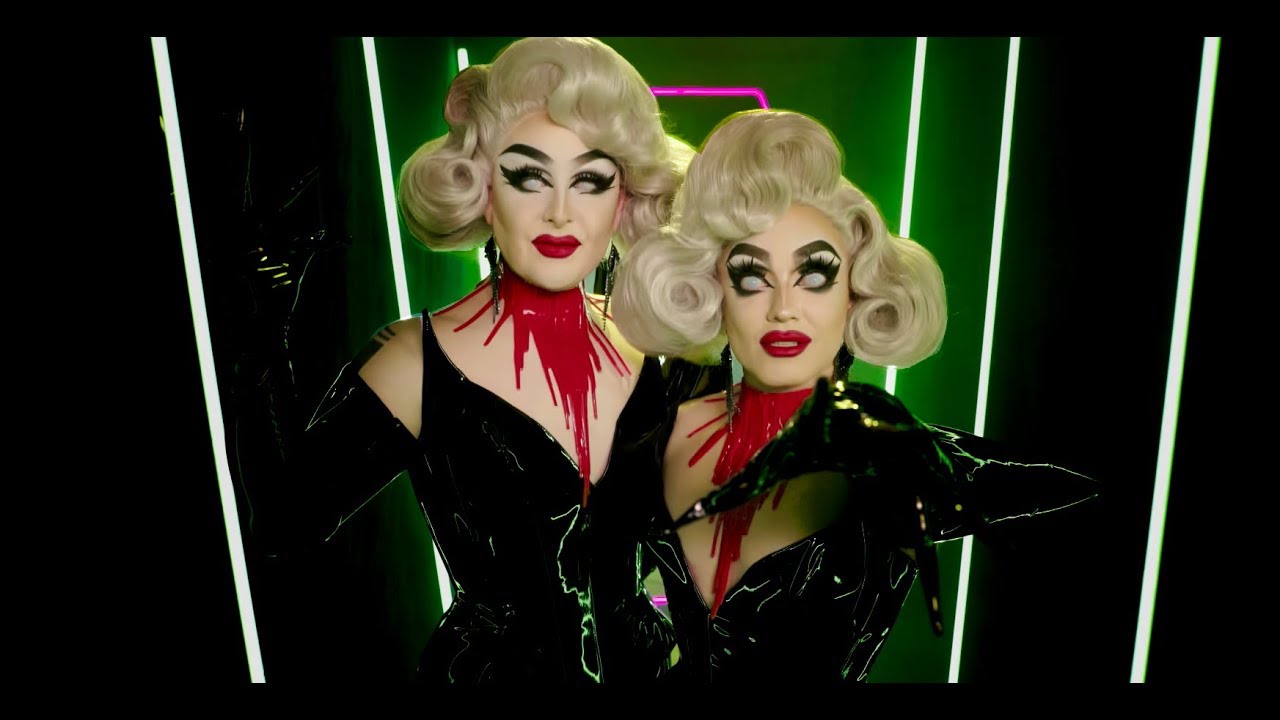 While the Halloween season has come to an end, horror fans have been given a hell of a gift with The Boulet Brothers’ Dragula. After fifteen years of hosting the extremely popular live show of the same name in Los Angeles, Dragula was first a webseries on YouTube (where you can still see the first indie-made season) but has now found a home for seasons 2 and 3 on Netflix.

Created and starring the Boulet Brothers (Dracmorda and Swanthula Boulet, respectively), the show aims to find the ‘World’s First Drag Supermonster’ by prioritizing the gore in gorgeous.

For the uninformed, Dragula is like if SyFy’s Face Off had a baby with RuPaul’s Drag Race and consumed nothing but reruns of Elvira: Mistress of the Dark. The competitors of Dragula are a sight to behold, but unlike most drag competitions that favor high-glam pageantry or classic-camp, these drag artists specialize in horror, punk, filth, macabre, costume design, and special effects.

The third season stepped up the game with celebrity guest judges like Milly Shapiro, Henry Rollins, Danielle Harris, Rachel True, Bonnie Aarons, Felissa Rose, Darren Stein, Phi Phi O’Hara, Amanda Lepore, Willam Belli, and horror’s queer Daddy Supreme, Michael Varrati. Having judges that work heavily in the worlds of horror and drag (or -- in the cases of some like Peaches Christ and Biqtch Puddin, both) adds a level of legitimacy to the criticisms dished out, and allows for some brutally honest moments.

Sure, seeing the immensely talented performers turn out horrifically stunning looks is reason enough to tune in, but it’s the stuff that happens beyond the runway and behind the scenes that makes the show an absolute must watch. Drag is a cutthroat game filled with big personalities both on stage and off. These folx aren’t here to make friends, they’re here to win, and they’ve got an arsenal full of insults ready to fire off (we call that “reading” in queer communities) that would make Freddy Krueger proud.

Thanks to the heavily publicized queer movements of “we’re just like you!” that came about during the fight for marriage equality, much of the counter-culture aspects of queer have been looked down upon or silenced in favor of something more palatable for the general public en masse. The punk, in-your-face, roots of drag have been stifled and a spotlight instead focused on drag that caters to #BeautyBlogging instagrammers and cosmetic companies. Not to say there’s anything wrong with the mainstream style of drag, but Dragula is tapping into the style of performers that even the queer and drag communities have deemed lesser than -- much like the way most film fans look at the horror genre.

The comparisons to RuPaul’s Drag Race are inevitable, but Dragula is truly the horror competition show you’ve been dying for. Contestants have challenges that include chugging blood, getting shitty tattoos, being buried alive, and entering an actual thunderdome for battle. Where most reality competition shows end with an elimination, the competitors on Dragula face off for an extermination...literally. Contestants must prove their fierceness by showcasing fearlessness. Jumping out of airplanes, close range paintball duels, submerging feet in ice for thirty minutes, eating cow organs, and even playing a real-life version of Operation on a cadaver have determined the fate of contestants, a hell of a leap compared to a lip-sync for your life.

Oh, and if you lose, the Boulet Brothers “murder” you in an elaborately filmed death scene.

Nothing about Dragula feels safe, and that’s because it’s a reminder that much like horror, drag is as political and unsafe as it gets.‍

BJ Colangelo is a recovering toddler and tiara easing the pain of her glamorous childhood with horror movies, drag queens, musical theatre, professional wrestling and vintage smut. She writes about cinema and queerness for numerous publications and considers herself to be the lovechild of Christopher Sarandon in FRIGHT NIGHT and Susan Sarandon in THE HUNGER. Follow her on Twitter.