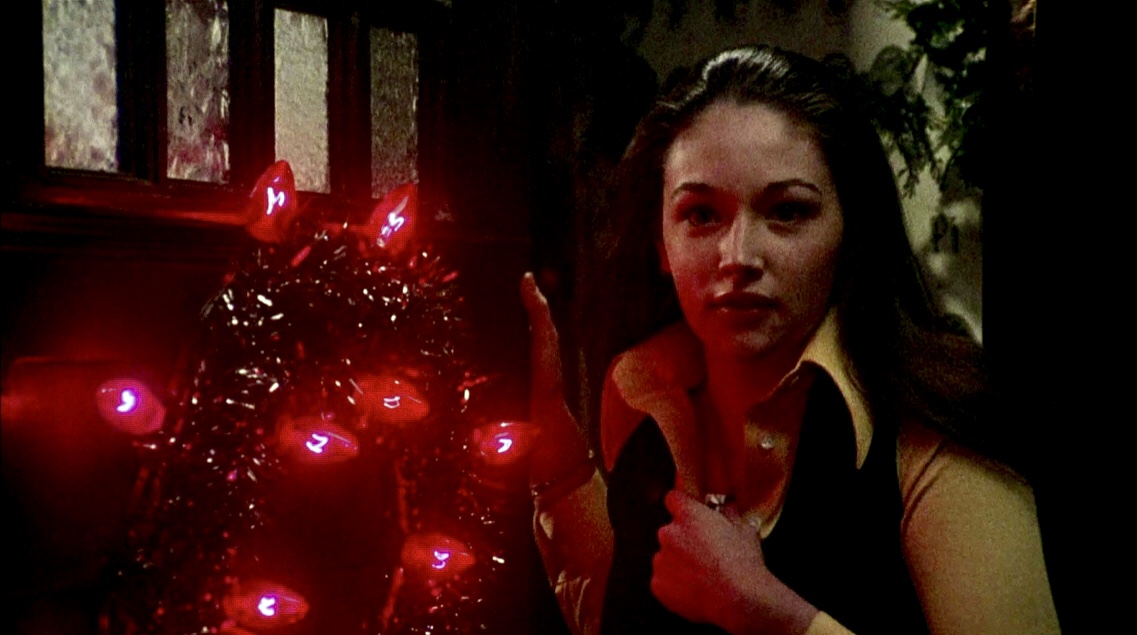 Blumhouse took us by surprise this year when they announced their own take on Bob Clark’s 1974 iconic holiday horror Black Christmas, (their remake opens this weekend) and it’s understandable why we now have not only one, but two remakes/reimaginings of this near-perfect classic: everyone wants to recapture the magic of a film that distinguishes itself from being just another cool, little slasher, a film that’s a legitimately great piece of horror history with more on its mind than just a few Yuletide kills. Legend has it that even Steve Martin has gushed about his love for the film, while Elvis purportedly made it a yearly tradition to watch during Christmastime up until his death in ’77— and who would ever question their taste?

Briefly retitled Silent Night, Evil Night (in order to not be misconstrued as part of the then-popular Blaxploitation genre), Black Christmas was conceived from the longtime urban legend of a mysterious caller who taunted the babysitter from inside the house. Clark thankfully flipped the script to reflect a pretty realistic portrayal of a group of nuanced sorority girls who are taunted and picked off by a creep who lurks in their attic with some serious mommy and daddy issues.

Long before the slasher genre degraded its female characters to little more than topless bodies running and screaming through the woods, Black Christmas raised the bar for how to properly depict its leading ladies. Not one woman in the film feels disposable (except possibly Clare, as an opening sacrificial lamb), as each lady has personality to boot, Bob Clark outright rejecting the cinematic stereotypes of female college girls of that time. We’re gifted the abrasive, notoriously drunken Barb (Margot Kidder), who knows a suspicious amount about turtle sex and is coded as bisexual; the hilarious housemother Mrs. Mac (Marian Waldman) who uses the term “prick” generously and hides her bottles of sherry anywhere she can; the loyal Phyl (Andrea Martin); and, the ever-awesome Jess (Olivia Hussey), one of the subgenre’s most underappreciated final girls who fights (and kills) back, yet never receives the same fanfare as the Lauries and the Nancys of the genre. The ladies are neither totally pure nor totally immoral, slasher victim fodder. They curse, drink, smoke, and have implied sex with their boyfriends, because, after all, “This is a sorority house— not a convent.” Most importantly, they’re loyal to each other, especially when the circumstances grow increasingly grim.

Of course, the prize for the shittiest dude of them all belongs to Billy, aka “The Moaner”— the elusive, pitiful, stalking killer who has been denied entry into the slasher icon hall of fame for decades. Unlike the easy to identify pop-culture iconography of  Michael, Jason, and Freddy, Black Christmas’s Billy is merely a voice over the phone, a shadowy figure, and an eyeball in the doorway. His voyeuristic presence therefore becomes way more chilling, forcing us to put the pieces together ourselves about who this guy is, and why he’s in this sorority house in the first place. Through the moaning and threatening snarls in his obscene phone calls, we get pockets of information that imply that he may have killed his sister Agnes and/or his abusive parents. Unlike so many other slashers that drop the ball with unnecessary backstories about killers and their motivations, Black Christmas doesn’t give you any more than you need.

Which brings us to the real question of any quintessential slasher: how gruesome are the deaths? Well...not all that gruesome. In fact, so little blood is actually shown, that the film teeters more on “psychological horror” than what we now think of as a typical slasher. The demises are more brutal and mean than actually gory— and it totally works. Who could ever forget the plastic suffocation death of Clare? You can almost feel your breath shorten with hers as it’s occurring. The visual of her corpse rocking in the chair, eyes bulging, gaped mouth forever sucking plastic, is legitimately haunting. Barb’s death accentuates the reds from the minimal blood that is shown so artistically against the glass figures that it could’ve been straight out of an Argento film.

The beauty of Black Christmas lies within its choice to withhold more than it shows. From the film’s opening moments in Billy’s POV, peering into the house, to the overall feeling of being watched and eavesdropped on, with subtle uses of sound design, Clark relies on simplistic minimalism for his shocks and scares. Phyl’s murder doesn’t even occur on screen, while Mrs. Mac’s death by the swinging hook-to-forehead is presented as discreetly as such a thing can be. Clark uses facial reactions of the discovery of a missing child’s body instead of ever showing the actual body. No moment of suspense feels cheap or lurid.

Of course, you can’t bring up those opening POV shots without thinking of how great an impact Black Christmas had on that other seminal holiday horror film, John Carpenter’s Halloween. Predating his film by four years, Carpenter famously adored Clark’s film so much that his own films was allegedly influenced by a conversation with Clark about a possible sequel that never came into fruition: Billy escapes the mental asylum to wreak havoc all over again, on (you guessed it) Halloween night. Between sharing those opening sequences through each killer’s point of view, to those moaning phone calls (Lynda’s death over the phone in Halloween), to a very bleak, open ending with the killer at large, Black Christmas and Halloween are spiritual cousins, and we have the former to thank for the influence for the latter. If we had never gotten Black Christmas, we may have never been gifted Halloween, which may have never led us to Friday the 13th or A Nightmare on Elm Street, which may have never given us the string of cheesy ‘80s slashers like Pieces, The House on Sorority Row, or Prom Night.

In fact, Black Christmas is as equally influential to the entire slasher subgenre, even as it stands as an outlier. Its basic plot sets up a formula for countless others that would follow it, including When A Stranger Calls, which also riffs on the calls coming from inside the house. As the reigning champ for the first-ever holiday slasher, the film would eventually be followed by a dozen titles taking place during every other holiday under the sun you could think of: Mother’s Day, My Bloody Valentine, April Fool’s Day, etc. However, unlike so many of its lesser successors, the film’s living characters don’t just forget and quickly move on from those who disappeared or died before them; there’s more empathy at play here. In turn, its bleakness is more wholly effective— it often feels more like you’re watching an authentic, gritty look into a true crime story told in real time, as opposed to something engaging in cinematic shorthand. And though the films would follow often failed their women characters, Black Christmas laid groundwork in its portrayals of women that still feels relevant today.   ‍

And, yes, Joe Bob: Black Christmas has always been political. Bob Clark laid a subtextual feminist story into his ‘70s slasher movie, as some of the best films within the genre do (even if he later denied that was his full intention.) The choice to include a decided abortion into Jess’s arc feels warranted, as it builds to her independence and who she is as a person. While her terribly possessive and neurotic boyfriend Peter (Keir Dullea) begs (and threatens!) her to keep the baby, Jess is persistent on sticking to her own plans she has for her life. She even goes so far as to admitting that she almost didn’t even tell him about the pregnancy in the first place, as he has no choice in the matter— which is an awesomely progressive choice for a film to make. The film even goes one step further by commenting on how much these women are failed by men, as the men in authority are primarily ineffectual and could’ve done much more a hell of a lot sooner to help them, had they believed them from the get-go. I haven’t seen Blumhouse’s version as of this writing, but if its feminist context is just as strong as it’s been marketed to be, then it aligns with the original’s vision.

At the film’s conclusion, nothing is wrapped up neatly with a pretty Christmas bow. After Jess kills Peter and the cops eventually leave her to rest, Billy still lurks in the attic and questions remain: Was this sorority house Billy’s old home? Does he eventually get to Jess? Do the bodies in the attic ever get discovered? Everything left unanswered makes the experience all the more lingering, and that’s a core ingredient of why the film endures today. If we ever get a slasher resurgence in the future, I pray to Krampus that studios take some notes from Bob Clark’s Black Christmas; they just don’t make ‘em as good as this anymore. ‍

If this movie doesn’t make your skin crawl, it’s on too tight. And you don’t deserve nice presents under the Christmas tree.

Julieann Stipidis is a writer with a Communication Studies/Journalism degree who specializes in horror reviews, studies, editorials, and critique. And if you say Hereditary isn’t one of the greatest modern horror films of all time, she will school you on the reasons why you are very wrong. Find her at Horrormonal.com.