'Swallow' Is Not Only Horror, It’s Great Horror 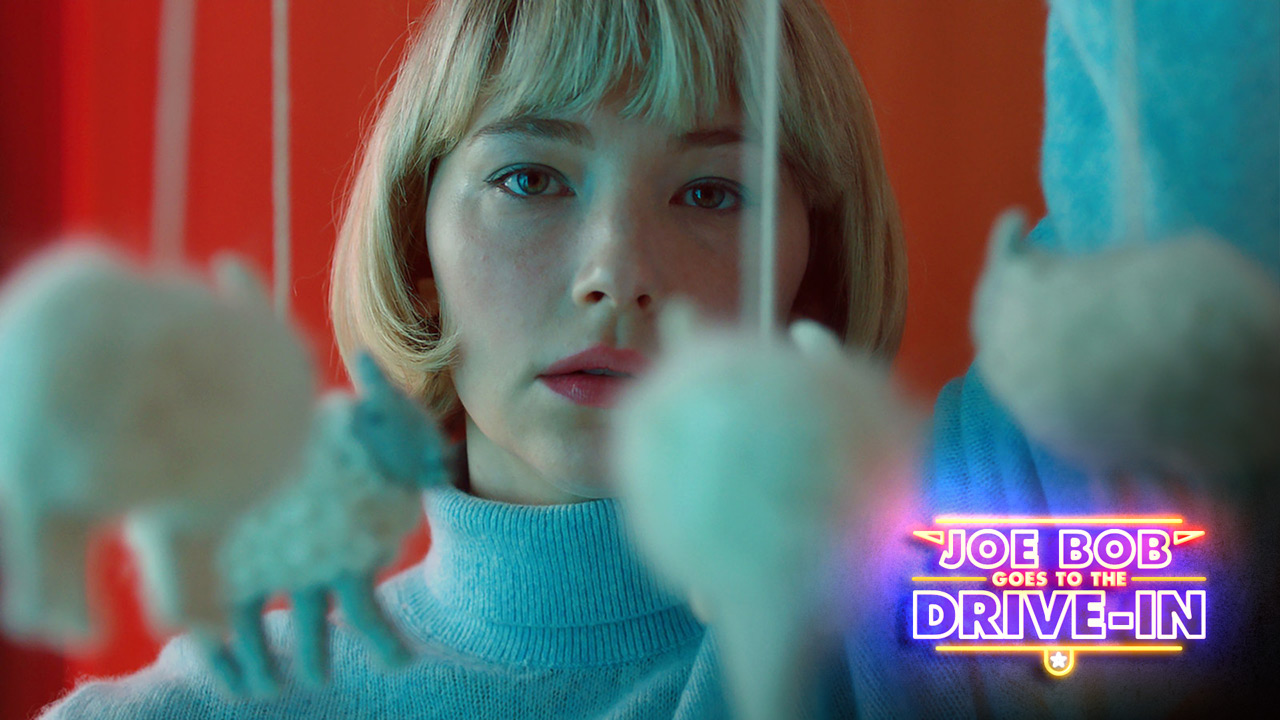 'Swallow' Is Not Only Horror, It’s Great Horror

When did the country become full of professors of semiotics dedicated to defining what is and is not horrific enough to become horror?

Yeah, tell that to Stephen King, master of finding the fear in the familiar.

“Well, Joe Bob, horror is about the fear of death. There’s no death in this movie.”

This could be spoken only by a person who’s never been in a miserable relationship, better known as living death.

“I watched that movie, Joe Bob, the Ty West movie House of the Devil, and it’s not really horror because nothing happens.”

And yet a thousand things happen, they’re just all in the imagination of the heroine.

You know where I’m going with with this, right? I’m going to that once despised genre called the psychological thriller but now more frequently called horror, specifically a movie called Swallow that was number one at the box office three weeks ago. The reason it was the number one box office movie is that only one theater in the nation was reporting box office numbers, and that theater was, of course, the Ocala Drive-In in Ocala, Florida, where you can bring your dog with you, smoking is allowed, there are vintage arcade games inside the concession stand, and the screen has one of those little houses built into the base. The Ocala decided that, not only were they gonna stay open, they were gonna show first-run movies. (The second feature was the World War II movie Resistance about the mime who saved all the orphans from the Nazis.)

Half the people reading this review are gonna tell me Swallow is not horror. But it has every right to be marketed as horror, even though in the old days the distributor would have labeled it a “psychological thriller.” Horror as a genre has now matured to the point where, given an excuse to use that label, producers will almost always choose it over “thriller,” partly because you have more festival opportunities if you do.

But from the first 30 seconds of Swallow you’re creeped out by the music, the art direction and the foreboding atmosphere, and this is long before you know what’s going on—it’s just a sad blonde woman with a pageboy haircut roaming around a voluminous sterile modernistic house overlooking a lonely river. Very quickly we come to see that the house is a prison and she’s the only inmate. Her designer dresses fit her so perfectly that they’re like straitjackets used to keep her in line while she vacuums and cooks. She’s a Stepford wife, only worse, because there’s no Stepford and there are no other wives—just this multi-million-dollar dream house, centerpiece of the life gifted to her by a handsome millionaire husband from a socially prominent family.

Every succeeding scene chronicles her descent into madness while the world around her reacts in predictable ways, and yet we never stop identifying with her. We go into the abyss right along with her. She’s a protagonist headed for some kind of apocalyptic tragedy, but we’re willing to go there with her if necessary.

Haley Bennett has a mostly wordless starring role—90 percent of her performance is silent reactions to the hostile world around her—but she’s an actress so talented that we know from her face and body that she’s profoundly unhappy and possibly suicidal, and we know this before her family knows it or even before she knows it herself. As directed by first-timer Carlo Mirabella-Davis, it’s one of those stories where we’re slightly ahead of the characters—we’re waiting for the train wreck, the nuclear explosion, the moment of reckoning—and that produces a profoundly uncomfortable feeling throughout.

But it gets weirder. Her coping mechanism is pica, the eating disorder that commonly involves consuming dirt, hair, paint chips and—as the stakes grow ever larger in this story—metal, glass, and plastic objects that are truly frightening to contemplate entering your esophagus or stomach. Only a handful of us can directly identify with an obsession like that, but Haley Bennett sells it as the natural evolution of her environment.

Almost anything I could tell you about the rest of the plot is a spoiler, so I’ll just say that Mirabella-Davis has put together a first-class ensemble of New York theater actors including Elizabeth Marvel, best known for playing the President in Homeland, and David Rasche, best known for the Sledge Hammer tv series but also the President in both the DAG tv series and the Michael Douglas thriller The Sentinel. A man and woman who play heads of state—perfect casting for the cleverly domineering power couple who indoctrinate their son, played by Austin Stowell, into his birthright as a scion of the American upper class, which has numerous ways of dealing with “hysterical” wives, most of them expensive and brutal.

There are also two superb supporting performances—Laith Nakli as a male nurse who looks like a hitman in the Serbian mafia, hired to watch the little housewife 24/7, and Denis O’Hare as a weak victimizer with a secret past who holds the key to Haley Bennett’s neurosis. Nakli would be recognized by most New York actors, as he’s been for many years the admissions director (!) at William Esper Studios. O’Hare has several Tony nominations—and one win, for Best Featured Actor in 2003—and would be best known to this audience as the Burned Man in the first season of American Horror Story.

The production design by Erin Magill is incredible. Never has a set so beautiful, costumed so lavishly, housed such desperation, fear, alienation and turmoil.  Magill started out at Pixar but has art-directed several indie films as well as Mad Men and The Romanoffs.

One interesting aspect of the movie—since it deals with the power relationships between men and women—is that the director is a straight man who spent a decade as a woman (changing his name from Carlo to Emma), and he says the story was inspired by the life of his grandmother, who developed obsessive-compulsive disorder rituals in the 1940s as a way of dealing with her unhappy marriage. Her husband eventually sent her away to the Neurological Institute of New York, where she was held against her will. The plot of Swallow has a much better ending than that, but whether it’s upbeat or downbeat is gonna depend on your politics. I can imagine there were some heated discussions in the car on the way home from the Ocala Drive-In.

So let’s look at those drive-in totals and launch this puppy into horror history:

Drive-In Academy Award nominations for Haley Bennett, as the trophy wife who wants to swallow a trophy, for saying “I just wanna make sure I’m not doing anything wrong”; David Rasche, as the father-in-law from hell; Austin Stowell, as the self-involved hubby with a heart of lead, who rips off his shirt because his wife has failed to properly steam his silk tie; Elizabeth Marvel, as the cunning catty mom-in-law, for saying “You would look so pretty with long hair” and gives her daughter-in-law a book called A Talent For Joy; Nathan Halpern, the composer, whose mostly piano-and-strings score is so ominous I wanted to scream at every member of the cast to stop doing whatever it was they were doing; Laith Nakli, as the Syrian bruiser of a nurse/bodyguard/cop; and Carlo Mirabella-Davis, the writer-director, for failing to flinch and nailing the ending.