Michael Chaves will direct the 2023 sequel. 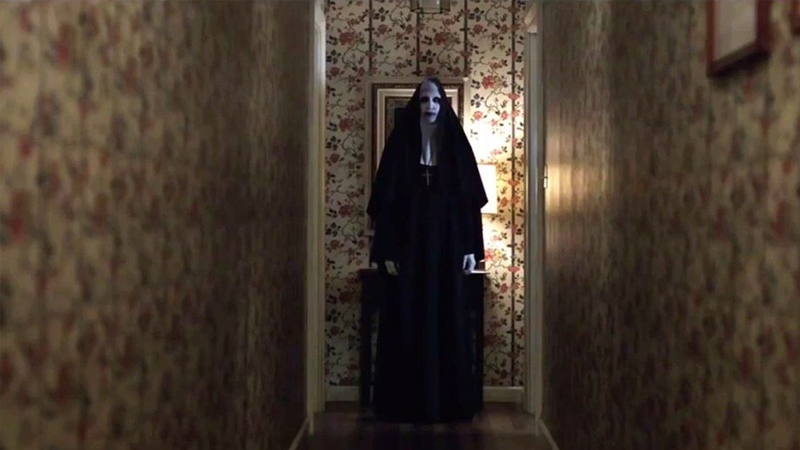 Bonnie Aarons will, of course, return as Valak.

Euphoria’s Storm Reid is set to face off against the habit-wearing demon Valak in the sequel to 2018’s The Nun. In an exclusive, The Hollywood Reporter revealed that Reid, who plays Gia Bennett in HBO’s teen drama, will join New Line’s The Conjuring universe in an as-of-now unrevealed role.

The Nun served as a spin-off to 2016’s The Conjuring 2, in which paranormal investigators Ed and Lorraine Warren faced off against the demonic spirit masquerading as a poltergeist in Enfield, UK. The terrifying nun, played by Bonnie Aarons (Mulholland Drive, Jakob’s Wife), proved popular enough to receive her own dedicated prequel, and in 2018 The Nun was released, grossing $365.6 million and making it the highest-grossing Conjuring Universe movie so far.

The Nun 2 won’t be Reid’s first foray into the horror world: in 2019 she starred in sci-fi thriller Don’t Let Go, and in 2020 she wowed audiences with her moving performance alongside FANGORIA Chainsaw Award winner Elisabeth Moss in Leigh Whannell’s The Invisible Man. In an interview with Flickering Myth, Reid described working in the horror genre as “super-duper fun” (we’re with you there, Storm)

The Nun 2 is being adapted by Ian Goldberg and Richard Naing, the writing team behind The Autopsy of Jane Doe and Eli. Malignant writer Akela Cooper wrote the screenplay.

The religious horror is scheduled for a 2023 release date with Michael Chaves (The Conjuring: The Devil Made Me Do It) set to direct, and Taissa Farmiga in talks to return to her role as Sister Irene. Bonnie Aarons will of course also reprise her role as the titular demonic sister.