Spilling Blood for the Normals: MACBETH on Broadway

Shakespeare's tale of murder and witchcraft has plenty for horror fans - and is a gory sucker punch for non-genre folks. 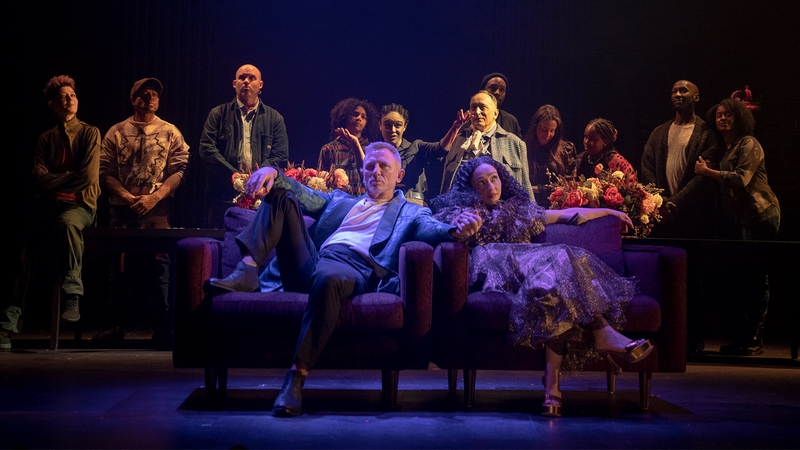 The cast of MACBETH. (Photos by Joan Marcus)

I have a life beyond horror. Interests, passions, a love for food, travel, and other things outside the black t-shirt ecosystem. And while I will occasionally get good-natured blowback from horror fans when I tweet about Bond movies, or a vintage wristwatch, or anything non-horror that piques my interest, it’s nothing compared to the reaction non-genre fans give me out in the real world when they see the horror side of my life peeking through my adult civilian facade. It's cold water in the face, a reminder that what we love, while getting more mainstream all the time, is not "normal."

But while it's maybe a bummer in the moment, it sometimes feels as if horror fans have maybe worked a little too hard to erase that kind of ideological friction from their lives by surrounding themselves with other fans, and I think there's a real value in getting once-in-a-while reminders of how this thing of ours is still perceived by the masses.

Case in point: last weekend I attended a preview of Macbeth (which opens tonight) at the Longacre Theater in NYC. As a huge Bond fan, I of course had to see Daniel Craig’s turn in Shakespeare's very horror-adjacent tale of bloodlust, murder, and witchcraft. Paired with Oscar nominee Ruth Negga and backed by an exciting supporting cast, Craig’s performance was something I didn’t want to miss — though Covid tried its best — and it was indeed a great and surprising night of entertainment. The first half of the play is staged rather effectively as a black comedy, with Macbeth played by Craig as something of a befuddled dipshit, in over his head and making terrible decision upon terrible decision. (I haven't yet seen Joel Coen's recent film version, but there's a bit of Raising Arizona's H.I. McDunnough in Craig's meathead Macbeth, and I was amused by the cross-pollination.) 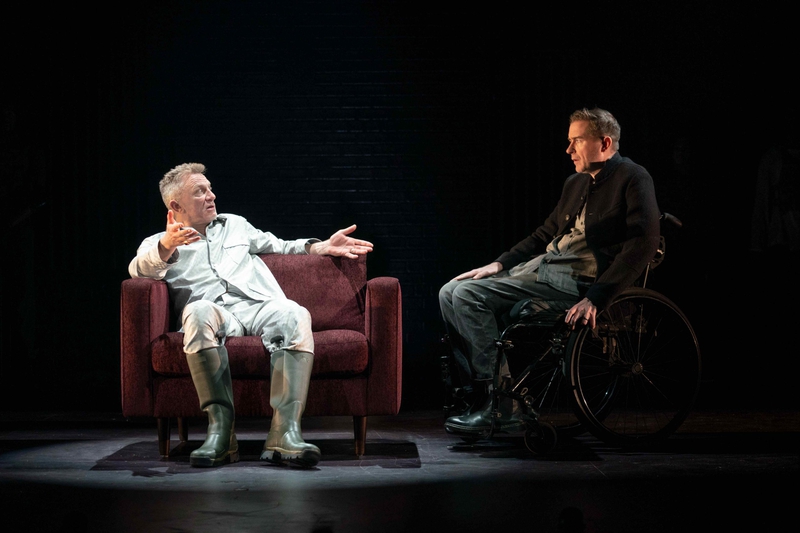 It all eventually gets much darker, and the giallo-esque lighting and murderous goings-on will keep any horror fan at rapt attention. The thing is, the Longacre was not full of horror fans, and in the opening moments of this high-end Broadway play, starring some of the best actors working in the industry, something glorious happened: a thousand-plus non-horror people who got dressed up and paid $200 or more for an evening of Legitimate Theater were treated to the sight of a character being strung up by their feet and having their throat cut, blood spilling and splashing down their face and onto the stage floor. The collective, horrified gasp of the sold-out crowd is maybe the only thing that kept me from laughing and clapping at the audacity of the moment.

Other such moments followed: stabbings, more stabbings, a bloody child ghost pulled by its hair out of a witch’s cauldron, and throats cut so violently that the walls of the set were sprayed with generous, kinetic spurts of blood that would make Dario Argento envious. (Sidebar: as someone very annoyed by the current trend of just not bothering to make blood look real in films, I have to say this stuff on the stage splattered and smeared like the real thing. In a play as obsessed with blood as Macbeth, it’d better.)

The audience was rattled.

And honestly, I had kind of forgotten what that looked like!

As horror fans, the collective viewing experience is a fun, important dynamic. When we see a go-for-broke horror movie together, we are united in our glee and it makes us feel like we’re part of something larger. “Feeling alone” is something a lot of horror fans talk about in negative terms, and a lot of us have course-corrected pretty hard away from that feeling, to the point where we're maybe too insulated by a lot of folks with the same exact tastes and thresholds.

But stepping out of our bubble, into a different world and watching 1,077 non-horror fans yanked out of their complacency by a moment of pure, bloody horror? Holy cow, friends. 10/10, cannot recommend enough. It’s fun to see horror do its intended job on a crowd, as opposed to just making a bunch of us gorehounds cheer. I know the current horror crowd zeitgeist is all about togetherness and unity, and finding your people is indeed important, but sometimes it’s nice to bask in the contrast, to be reminded that what we love isn’t for everyone. And watching those folks experience it for themselves can be a lively and hilarious bit of entertainment all its own. 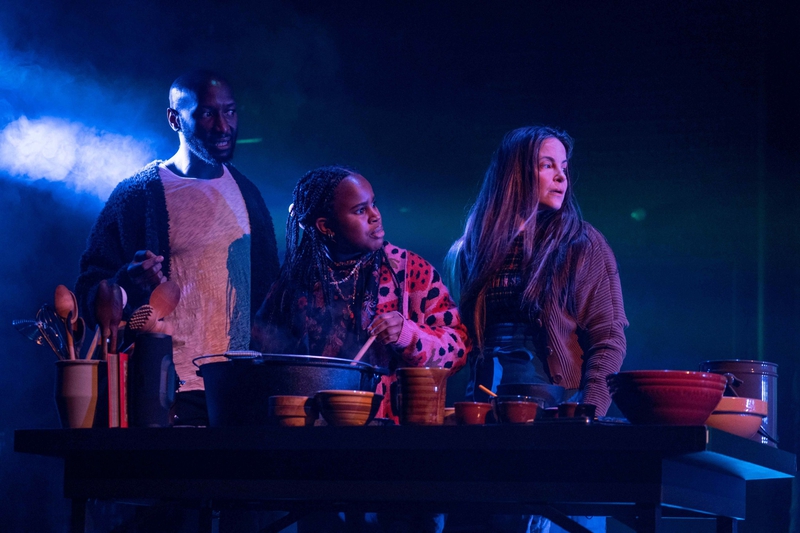 A version of this article originally appeared in FANGORIA's THE TERROR TELETYPE. Subscribe!