The horror movie that sent tongues a-wagging at Sundance is headed to theaters (and Shudder) next month. 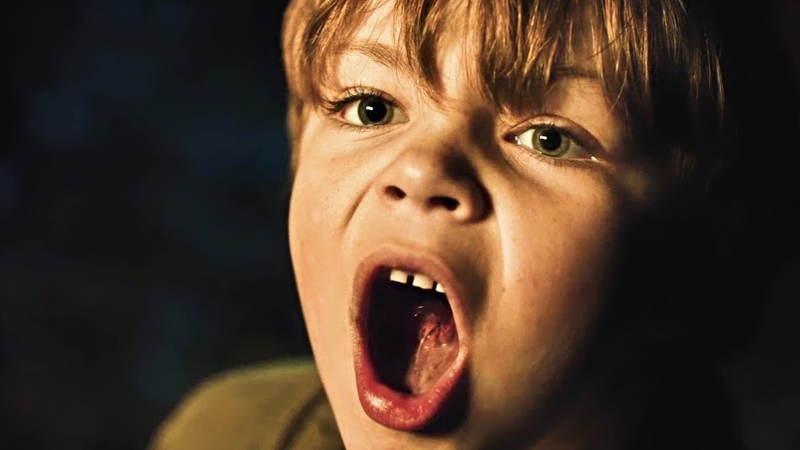 Something you often hear people over the age of 35 say is, "It's hard making new friends when you're an adult." This is true, in this writer's experience, and has only become more difficult during an era where we don't know who to trust anymore. Is your neighbor harboring a dark and terrible secret? Is that person in your DMs on the level, or are they angling for something? Is an entire political party filled with idiots, or are they just straight-up evil? You never know!

Speak No Evil, a new horror film from director Christian Tafdrup, appears to be addressing some of these fears head-on ... and showing us a worst-case scenario for when "making new friends" goes horribly wrong.

Let's take a look at that trailer.

...and here's the film's official plot synopsis, just in case any of the above was unclear:

On a vacation in Tuscany, two families – one Danish, one Dutch – meet and become fast friends. Months later, the free-spirited Dutch family extends an invitation to the more conservative Danish one for a holiday weekend getaway at their countryside home. However, it doesn’t take long before things gradually get out of hand as the joy of reunion is replaced with misunderstandings. The Dutch hospitality quickly turns unnerving for the Danes, and they find themselves increasingly caught in a web of their own politeness in the face of eccentric…or is it sinister…behavior.

Speak No Evil performed very well out of this year's Sundance Film Festival (check out our exclusive January interview with Tafdrup here), and is apparently one of those "Learn as little as possible before going in" movies. The trailer above is very compelling, but from where I'm standing it doesn't seem super spoilery. I'm curious to find out what Tafdrup's up to here, and how far the film will go to make its point. All signs point to "very far, indeed."

Further good news: we won't have to wait long to see this one! Speak No Evil hits theaters on September 9th, before heading to Shudder on September 15th. We recommend getting together with your neighbors to watch it. Who knows? You might make a new friend.