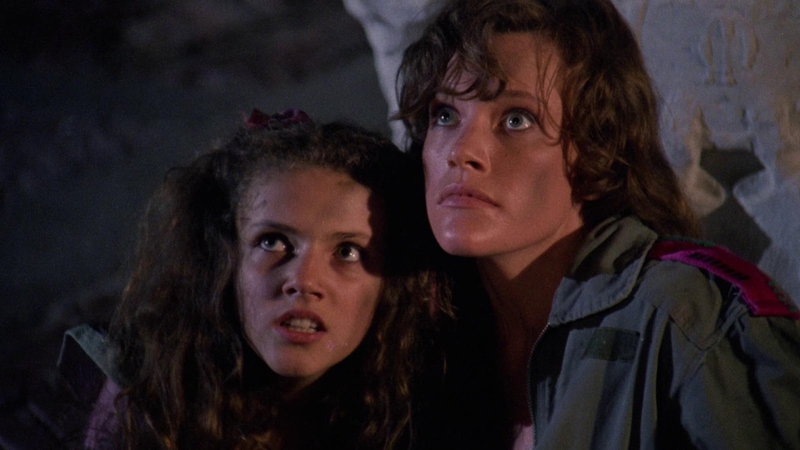 “It was a very interesting experience for a middle-class kid from Connecticut,” says Haven Tyler of her time starring in Bruno Mattei’s notorious 1989 knockoff Shocking Dark. “My dad was a lawyer, and I’ve always admired him because his oldest daughter called him collect from Italy, saying that I had to leave school the second half of senior year to go do a film in Italy. There was this dead silence on the other end [laughs], then he said, ‘What kind of movie?’ I said, ‘It’s a horror movie,’ and he asked, ‘Are there monsters?’ ‘Yes.’ ‘Are there weapons?’ ‘Yes.’ Then he said, ‘Do you get to kill the monsters?’ and I said, ‘Yes!’ and he was like, ‘That’s fantastic!’ [Laughs] It was nice to have that support, because in his mind, that was not the trajectory I was supposed to be on.”

Tyler was a college student taking her senior year overseas when she got the lead in Shocking Dark, one of the most plagiaristic projects in all of the imitative ’80s Italian genre scene. Directed by Mattei under his “Vincent Dawn” pseudonym and written by “Clayde Anderson” (a.k.a. Troll 2’s Claudio Fragasso and Rossella Drudi), it’s a baldfaced steal from James Cameron’s Aliens and The Terminator; indeed, its alternate titles include Aliennators and Terminator 2. Unreleased officially in the U.S. until a 2018 Blu-ray edition from Severin Films, Shocking Dark has attracted a following for its jaw-dropping mix of the derivative and the dumbfounding. It will be screened the night of Saturday, September 18, with Tyler in attendance, as part of the Dead ’Til Dawn festival at the Hi-Way Drive-In in Coxsackie, NY; go here for more information. 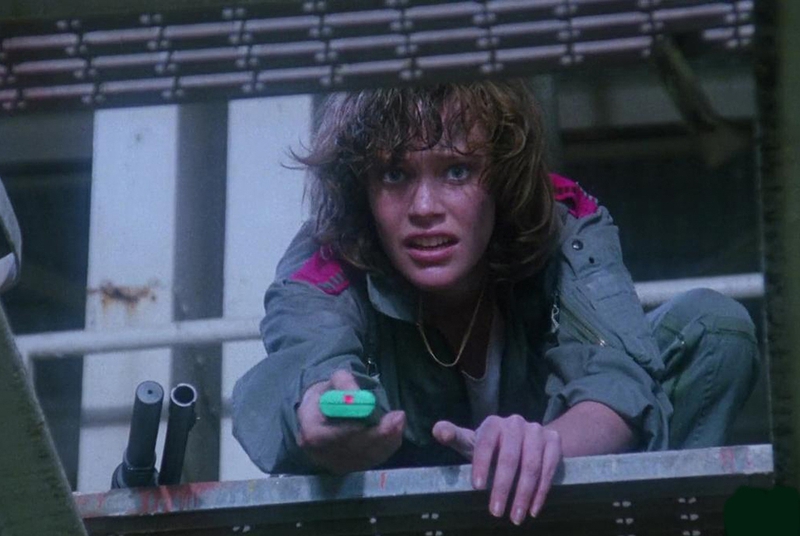 Having done stage performances at school and commercials and modeling work in New York City, Tyler got hooked up with an Italian agency for the latter while abroad. “I got bored; modeling is like watching paint dry, so I found an acting agent in Rome and she sent me on auditions.” After making one movie whose title she doesn’t recall, and getting a part as a dancer in another whose financing fell through, Tyler landed her lead in Shocking Dark. “I had sort of a Sigourney Weaver-esque thing going on, and I was probably the only person in Rome who physically fit that at that moment,” she laughs.

The movie lensed in Venice (where it is set) and in and around Rome, and the actress remembers, “The whole thing was done fairly quickly; I think it was only six or seven weeks. Part of it was filmed in Latina, south of Rome; that was the part in the abandoned nuclear power plant, with all the pipes and tunnels and people falling off of things. Then a little bit in Rome itself, and the rest in Venice. That was fantastic, but the challenge was that we were shooting at night, so our schedules were inverted. It was really fun; it was a lot of hard work, and a lot of sitting around—which you do on all movies, I guess—but we had a good time. It was a nice group of people.”

Her co-stars were a mix of local talent and other Americans living in Italy, led by Cristofer Ahrens, filling the cyborg role. “He was a sweet guy, very quiet, and he took his role very seriously,” Tyler says. “Of the people there, he and Geretta Geretta [the Demons actress billed in Dark as Geretta Giancarlo Field] were probably the most focused, in terms of getting the job done. Cris was also very physical, because he worked out so much, and he was ginormous. He could do a one-armed push-up with me on his back!” 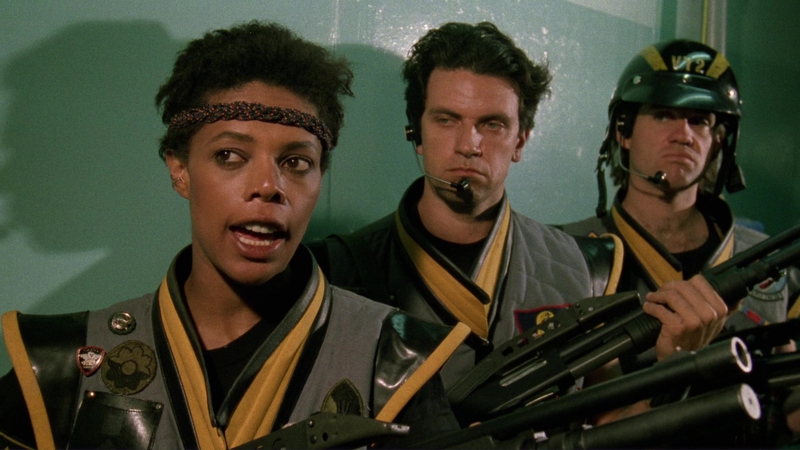 She also has fond memories of Dominica Coulson, who plays the Newt stand-in—a child rescued and protected by Tyler’s Sara and her fellow marines. Although Coulson appears on screen to be at least well into her teens, and thus too old for the role, Tyler notes, “She was maybe 11; she was tall and beautiful, just stunning, but she was quite young. Her mom was with her on set all the time, and they were both lovely. I really liked Dominica; she was very sweet, and because she was a little girl, we all felt sort of protective of her.”

On the other hand, things weren’t nearly as agreeable between Tyler and Geretta. “I think she disliked me,” Tyler admits. “Which is understandable; I didn’t have that much experience, yet here I was in the lead. My whole audition was ridiculous: I went into a room and screamed, that was all. She was probably frustrated by that, and she was not very nice to me, but I didn’t pay much attention to it.” 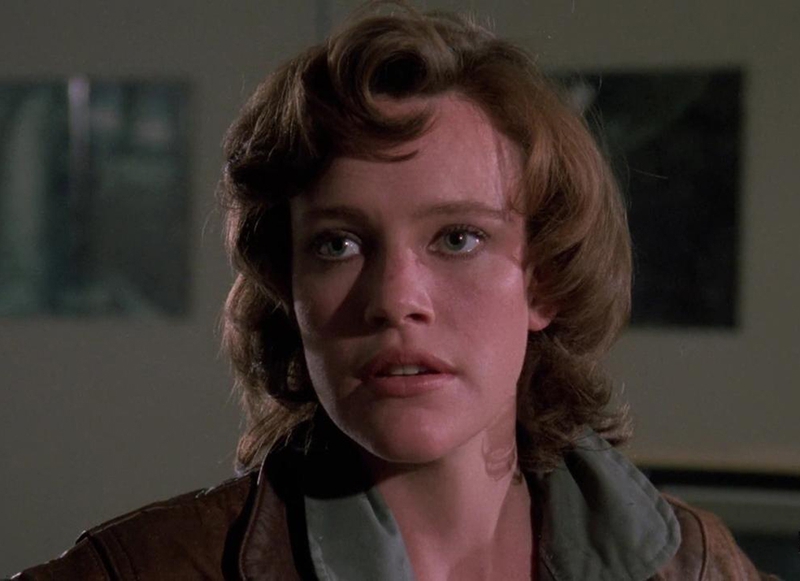 In general, though, Tyler recalls that the cast had a good time, in part because they were able to get certain ad-libs past Mattei, who spoke no English. “It was kind of like summer camp, where you’re thrown into a fairly intense situation for a short period of time with people; you develop a camaraderie, a sort of intimacy you wouldn’t have in normal life. We were always laughing on and off set; we all knew this was kind of a ridiculous film! There was a lovely woman on set, I believe she was Australian, who was supposed to be the dialogue coach, if you will. So if she wasn’t there, you could say whatever you wanted, and Bruno would have no idea. There was one line in particular, one of the troopers says something about K-Y Jelly [laughs], and that was not in the script! There were a couple of instances of that; it was more because people were having a goof than anything else.” 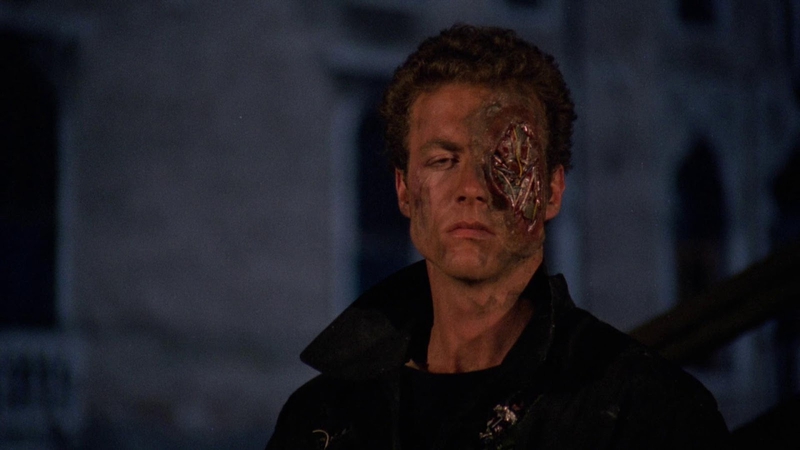 In general, Tyler continues, Mattei “mostly focused on the technical side; there was not a lot of direction going on. Bruno’s son and I became friends, though, and after we wrapped, I actually had dinner at their apartment in Rome. That was weird, because I was just 21, so he was in such a position of authority during the filming, and then to see him at home in his slippers was a little strange!”

Speaking of strange, Shocking Dark evinces some peculiar ideas about production, creature and especially costume design. The marines’ uniforms are particularly silly, decorated with random flair. “Mine was basically a jumpsuit with some pink stuff sewed onto it,” Tyler recalls. “The whole thing was ridiculous. The sets were insane—I mean, that control room [laughs]! But there was no budget, I’m sure, so there was no way they could build fancy sets, and they had to find interesting locations and work with what they had. And because of the budget constraints, in terms of walking-around monsters, there was one, maybe two, but I don’t remember any more. Then there was this blobby thing that had a couple of skeletons in it with webs around it, and then the hands that come out at us with somebody manipulating them from behind. We knew it was ridiculous as we were doing it!”

The frequently wielded weapons were taken seriously on set, however. “They had a munitions guy named Massimo who was crazy; he liked to blow stuff up! But he was very professional, and good at his job. I had grown up hunting, so it wasn’t that daunting for me, and there were no mishaps.”

Following Shocking Dark, Tyler was cast in another Italian movie that once again lost its funding. She then moved back to the States to attend her brother’s wedding, and never returned to Italy. Nor has she gotten back into acting, though she has taken further modeling and commercial gigs here and there. And along the way, despite Shocking Dark’s long period of unavailability in the States, she managed to get ahold of a VHS copy.

“I don’t know how I got a copy of it, but I did. I made my family watch it, and my mom fell asleep [laughs], but it was still fun; it’s a goof. The Thanksgiving before last, my whole family got together in California, and we did another screening of it with my nieces and nephews who hadn’t seen it before, so that was fun.

“I’d love to act again,” she continues, “but more on the stage; I’m not necessarily so interested in doing film. But Shocking Dark was definitely a fascinating experience, and I’m very glad I did it.”

Special thanks to Paul Kazee. 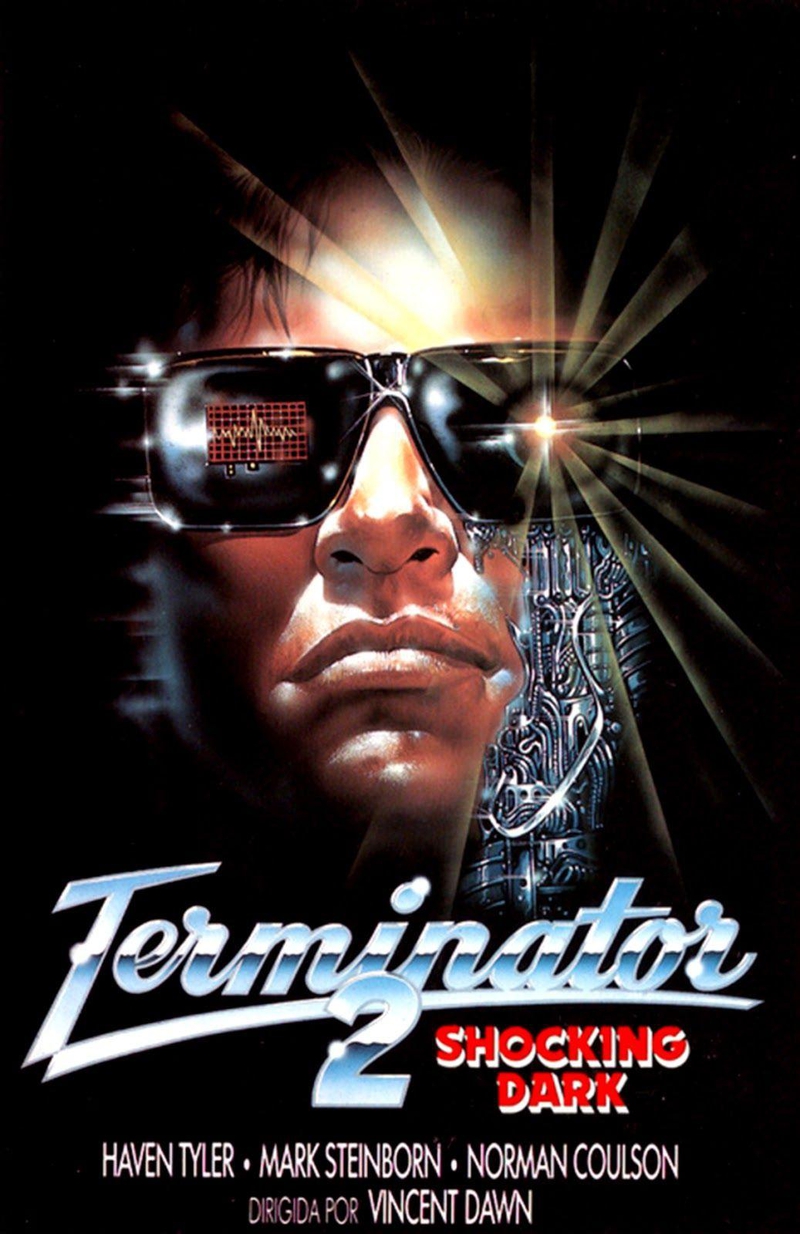 Shocking Dark is streaming on multiple platforms, click below to watch. Also available on Blu-ray. 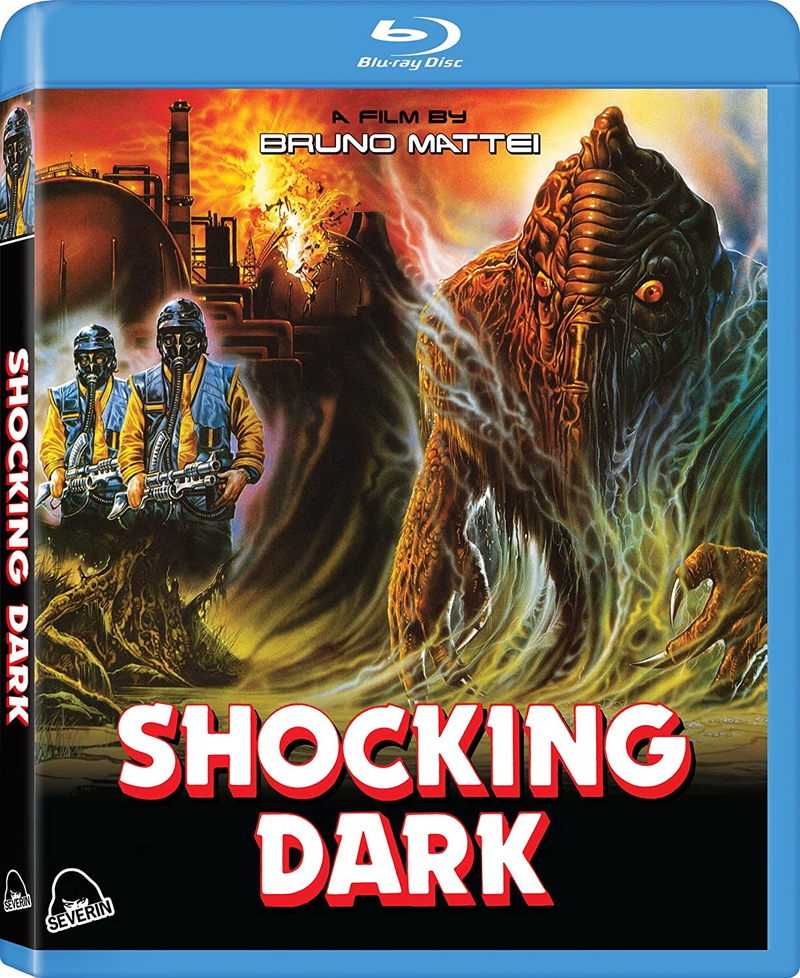