Seeking Chaotic, Co-Op Horror? 10 Chambers' GTFO Should Be Next On Your List

After years of development, the small indie team has officially released its ALIEN-inspired first-person shooter, and we spoke to the developers about their vision for the game.

Stealth mechanics in video games have always seasoned gameplay with tense layers of suspense and thrill. The feeling of sneaking up on an unsuspecting victim and taking them out before they even have a chance to strike back is rewarding, and let's be honest—feels pretty badass. In 10 Chambers' recently released first-person shooter, GTFO, inspired by sci-fi classics like ALIEN, sneaking around is less for the thrill of it, and more for the fact that if you don't, bloodthirsty creatures will quickly force you and your friends to do exactly what the title of the game suggests: run like hell.

Originally released for early access on Steam in 2019, 10 Chambers' small but mighty team of developers worked to craft GTFO into an inspired and spine-tingling experience that can be played solo but is most fun diving into with friends. Set in a dark, narrow underground compound, four players take control of four unlucky folks who are at the mercy of the mysterious "Warden"—an entity holding them as prisoners and forcing them to undergo dangerous expeditions known as Rundowns. What exactly makes these expeditions dangerous? While the compound may look abandoned, its dark corners are infested with humanoid creatures with gaping mouths for heads, giant tentacles, and relentless bloodlusts. 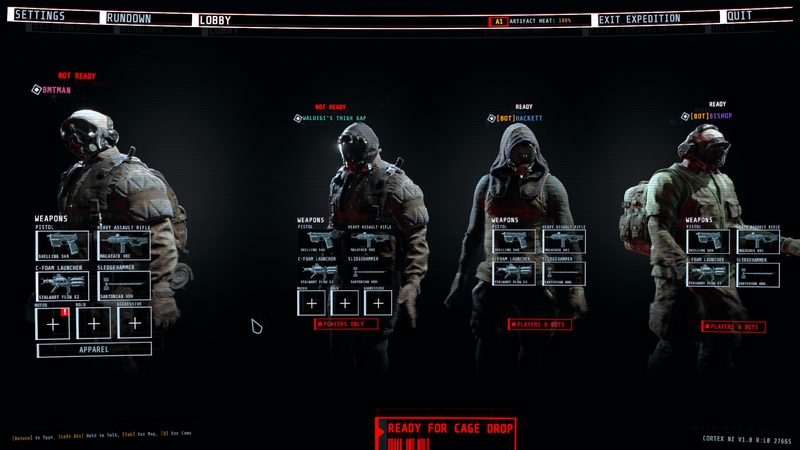 You and your teammates aren't entering each expedition empty-handed, with a wide array of weapons from assault rifles to sentry units at your disposal, but you'll quickly come to realize that it'll take more than a couple of bullets to take down the creatures that lurk in the shadows. They will crawl, spit, lunge, and do whatever it takes to take you out—but only if you wake them up. That's where stealth comes in. "The tension that comes with stealth—that's where we wanted a bit of the horror to come from," says 10 Chambers developer Viktor Viklund. "We wanted to have that cycle of being discovered, having a hectic firefight, things slowing down, and then the dread starting to creep up on you all over again." 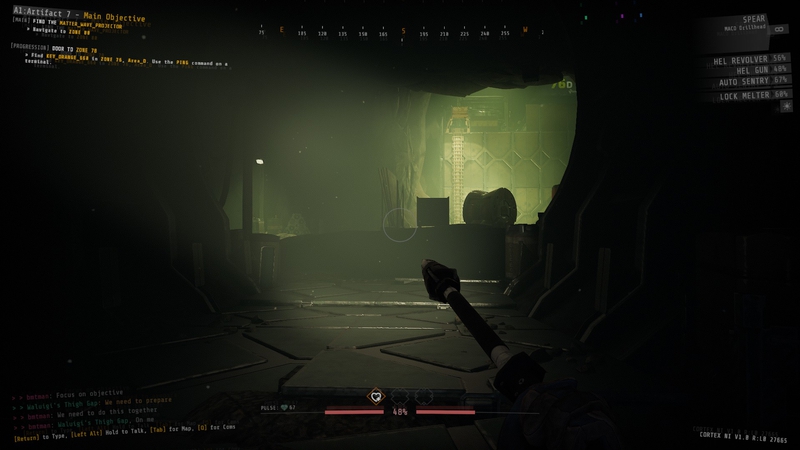 As you traipse through the cavernous depths—occasionally scrambling to turn your flashlights off to prevent the creatures from waking up—you're tasked with investigating the area, searching for items, and occasionally encountering key items or moments that hint towards what led to our characters' unfortunate fates. "The story is sprinkled through text logs, emails, and notes throughout the game," says Viktor. "They convey the answer of what exactly happened in the complex: What exactly is the prison? Who is The Warden? Some answers will be front and center, while others you may need to search for."

GTFO doesn't have a linear campaign that fully encompasses the entire experience and story. Instead, 10 Chambers is committed to incrementally updating the game with new updates over time to include new Rundowns containing multiple missions with specific objectives such as locating items or surviving for specified periods. The missions are often randomized in aspects like the amount and location of items and enemies. Over time, as the game updates and more rundowns are released, the story will continuously unearth itself. 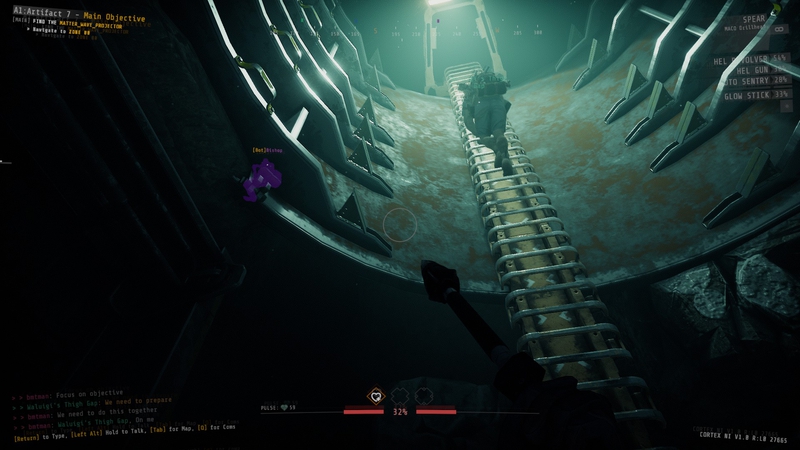 But just because there are only a handful of missions available at a time doesn't mean the game will be completed in one sitting. In fact, in my experience with a couple of teammates, it took us multiple tries to get through the first mission—and the entire mission took about an hour to get through. "GTFO was built as a hardcore game, and we still consider it to be that way," says Viktor. "We can understand that people may plat it and be intimidated at first by how hard it is or how much pushback is in the beginning. But we're sure that players will love it if they invest some time into it."

The result is a game that feels full while also wholly shrouded in mystery. The community around GTFO is full of invested players piecing together the lore and information currently available to connect the dots of the story. "ALIEN and ALIENS is the most obvious inspiration for us," says Victor. "There are many other inspirations, but we can't actually speak on them just yet because it may spoil the story." Now is the perfect time to jump in with some friends to tackle the missions or squad up with the matchmaking system if you need some teammates. Just make sure your stealth skills are up to par!