See CARRIE in the Gymnasium Where It All Went Down

This summer, On Set Cinema is inviting you to the prom - BYO pig blood.

The Prom Queen is crowned in CARRIE.

We love Kenny Caperton. He’s the Halloween fan who built and lives in a replica of the Myers House, as covered in FANGORIA v2, #1. Kenny is our kind of cinephile; he not only walks the walk, he lives the life. In the damn Myers House. Respect.

One would think that amount of dedication would scratch any horror location fan’s itch for good, but not Kenny. Kenny has, for the last couple of years, curated a traveling film screening series called On Set Cinema, and its premise is simple: you watch a classic horror movie at the location where it was filmed. From Friday the 13th to Rocky Horror to Twilight and beyond, Kenny hosts amazing fan events where you can enjoy a movie with fellow fans in the environs where it all happened.

And this summer, Kenny wants to ask you to prom. Carrie White’s prom, to be specific. 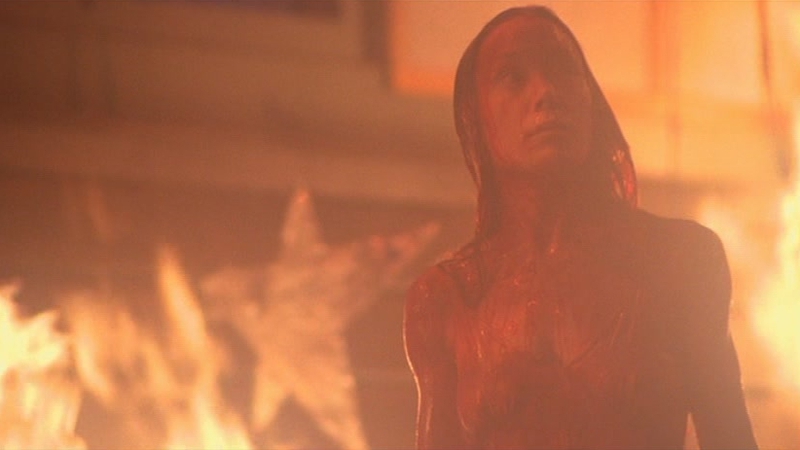 On July 30th, fans will gather at the Hermosa Beach Community Center Gym to pose for prom photos, compete in a costume contest, and watch the 1976 Brian De Palma classic Carrie with Tommy Ross himself, William Katt! Here’s what Kenny has in store for you (it does not end with the gymnasium burning down, bless):

Just the exteriors of the prom were filmed at this location - the interior was a massive set constructed for safety reasons because of all of the fire special effects, but this is where the iconic shot of Carrie covered in blood, walking from the burning gymnasium takes place! There will be music, silver stars, streamers, dancing, a prom photo backdrop with a blood bucket, a King & Queen costume contest, and a glorious screening of Brian De Palma’s CARRIE! Fans are encouraged to dress up for the prom or in costume as your favorite character from the movie, but of course it's not required to attend.

Okay, fine, we added that last one, but Kenny: think about it!

You can get more details on the On Set Cinema site; tickets can be purchased here. See you at the prom! 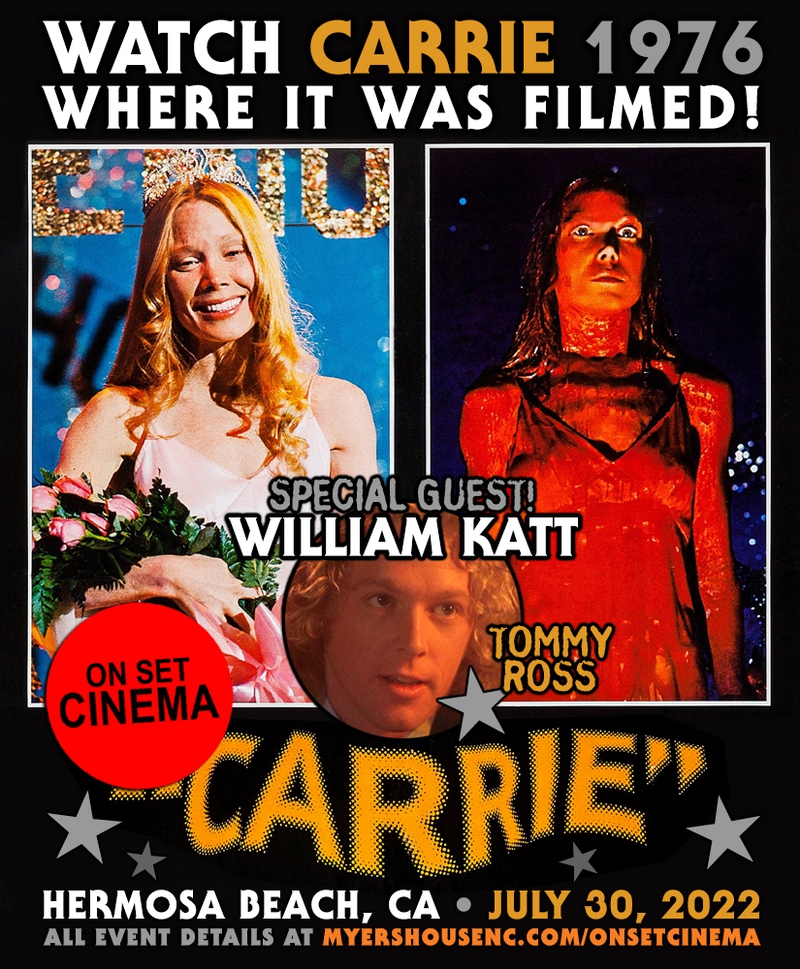