Neve Campbell says, "This film feels like the first SCREAM." 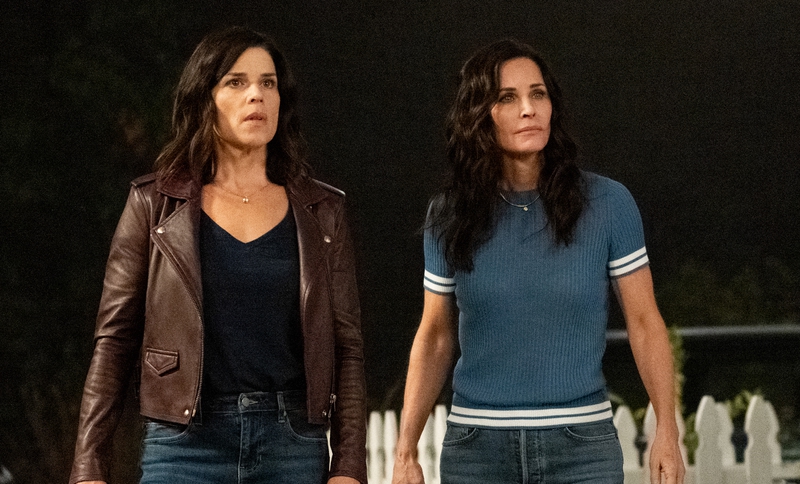 A new Scream featurette just dropped and we are devouring these appetizers and licking our plates clean as we near the official release date. Original stars Neve Campbell, Courtney Cox, and David Arquette discuss the importance of the original and Campbell acknowledges they "knew we were a part of something that felt like it was on fire."

When it comes to the holy trinity of Woodsboro, director Mat Bettinelli -Olpin says, "We can't do this new Scream justice if all three don't come back." Luckily for us, come back they did! The promise of "We see a lot of Dewey in this film," is simultaneously exciting and also horrifying given certain fan theories floating around. But we remain optimistic that our Woodsboro three will live to fight another day. Should anyone be so brazen as to dismissively think we've seen this movie before, Ghostface assures us, "Not this movie, Sidney!"