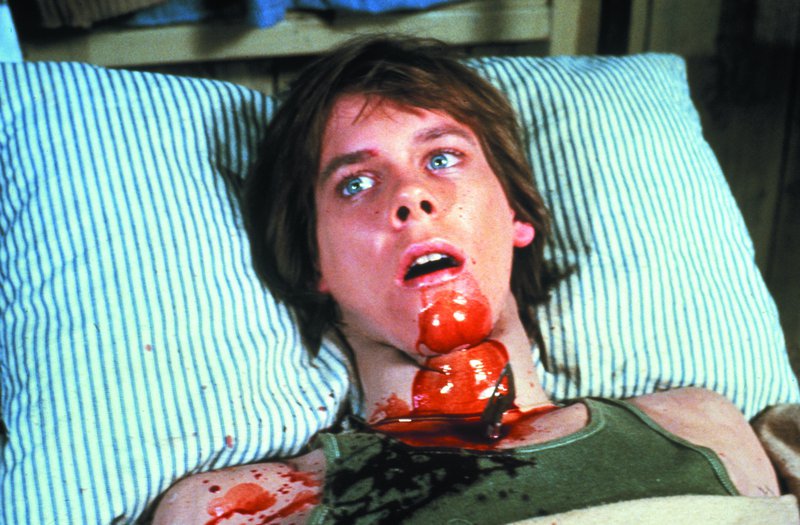 Kevin Bacon takes a break in FRIDAY THE 13TH.

Black and white, color, foreign language or native tongue … It doesn’t matter. Horror films, since the beginning of celluloid, have had the power to traumatize. In an ongoing series, FANGORIA quizzed some of our favorite genre people on which horror movie messed them up the most. 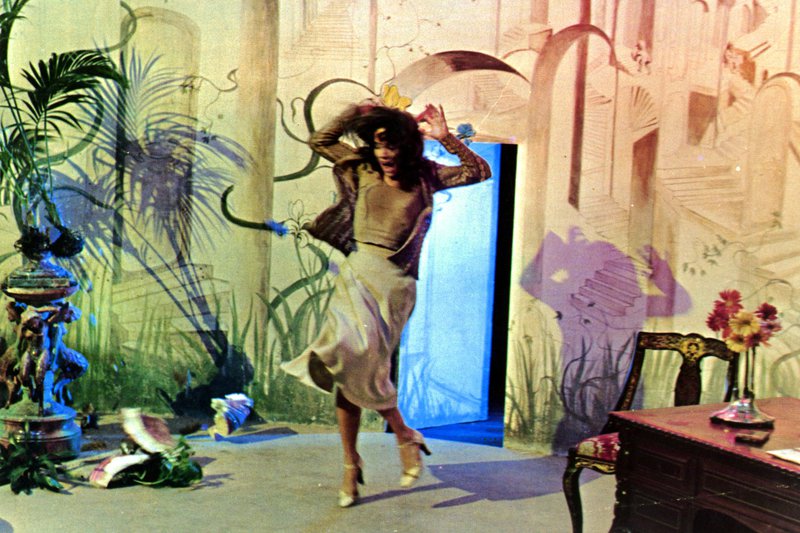 “Suspiria [1977] was the first film I saw when I reached London after deserting the South African army in the mid-’80s. I was flat-broke and on the run from the military police. With an admission price of approximately 3 pounds and 50 pence, checking into an all-nighter at the Scala cinema presented a cost-effective alternative to finding a hostel or low-rent B&B. Of course, I didn’t get much sleep. The editing of Suspiria’s opening sequence alone left me breathless, and the double murder that follows hit me like a sucker punch. The luminous intensity of Tovoli’s color palette, the seamless marriage of sound and anamorphic picture, and the sheer malignant fury of Argento’s vision left me a changed man, opening my eyes to the shadow-side of the European esoteric tradition and the possibilities of genre cinema. For whatever reason, Suspiria f**ckd me up!” 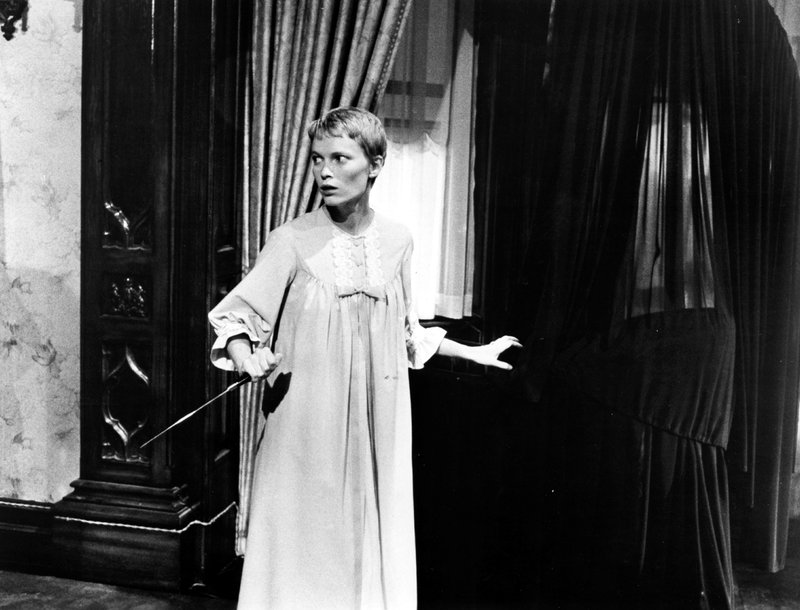 “For me, it’s Roman Polanski’s Rosemary’s Baby [1968]. I always felt that film exhibited truth at its core. Using the actual Dakota building in New York City was brilliant, the same one later impacted by John Lennon’s assassination. Ominous! Then add the subplot of John Cassavetes’ character willing to sacrifice his own son for success…”

“When the original Friday the 13th [1980] came out, I was way too young to be seeing hardcore slasher movies, but somehow my best friend Lee and I convinced my dad to drive us around 25 miles to see the film on opening night. I remember it was Friday, June 13th, when it came out because we had become obsessed with that insane ‘countdown’ trailer they ran for the film back then. Needless to say, the movie completely f**cked us up, and I remember my dad laughing at how utterly distraught and borderline traumatized we were when we came out of the theater. He took us to Denny’s to get some food and made a joke about eating ‘Jason burgers,’ which did not help. That night was also a sleepover and possibly the first night in my life when I did not sleep until the sun came up. Good times.” 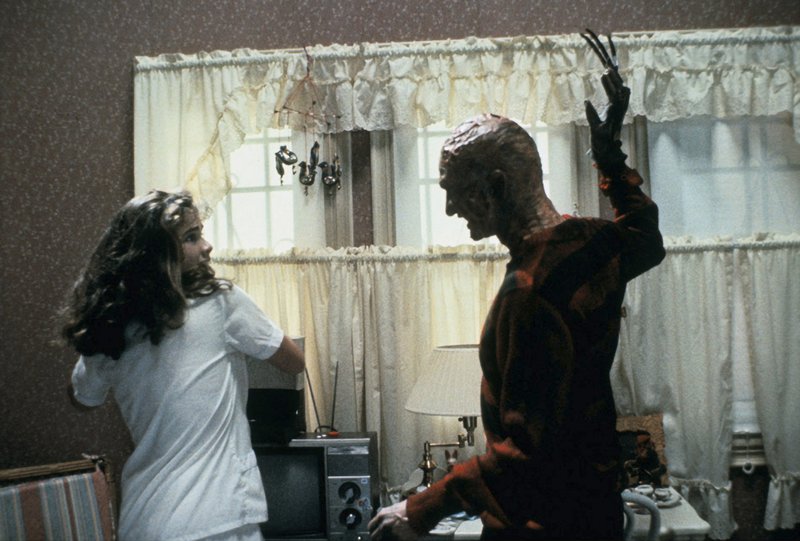 “The one horror movie that scarred me for life was A Nightmare on Elm Street [1984]. I wasn’t allowed to watch any scary movies growing up, and we only had one TV in the house, which was in my parents’ bedroom. The result being that I watched very parentally curated content. My shows consisted of stuff like The Smurfs, Thundercats, Scooby-Doo, Bionic Woman, The Incredible Hulk and Magnum, P.I. Scooby-Doo was likely the closest to anything supernatural or scary I had watched before that fateful night when my reality was shattered, and I realized there was evil in the world…

“It was a typical scenario: a sleepover at the precocious pre-teen girl’s house whose parents didn’t censor her entertainment. We were about 10, and she thought it would be cool to show me A Nightmare on Elm Street while her parents were sleeping. Having always had intense dreams with premonitions since I was a child, this movie scarred me for life because it was so believable to me that a spirit could enter your dreams at night when your subconscious is vulnerable. I don’t think I was able to sleep for a week afterward, always worrying that Freddy was going to somehow be able to get me in my dreams. It also probably didn’t help that our house had burned down recently. The image of someone burning alive and just all the fire in the movie had a super-intense effect on me. I didn’t watch another horror movie (besides Kubrick and Hitchcock stuff) until I was in Halloween many years later. It took acting in a horror movie to somehow realize that it wasn’t real! The coolest thing was that, years later, Robert Englund presented me with the award for best actress [for Zone of the Dead] at a festival in Italy. That was the last step in getting over my intense fear of Freddy Krueger. I still won’t rewatch that movie though!” 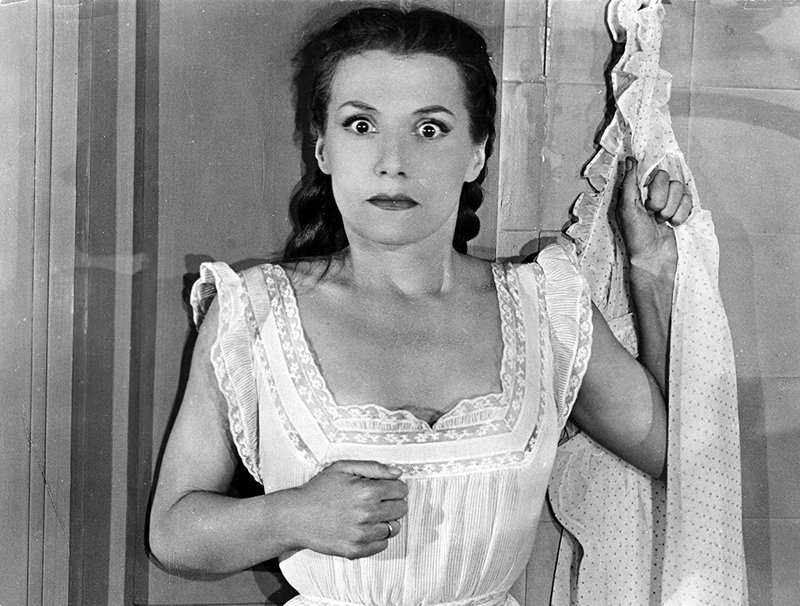 “The one that affected me the most when I was young was [Henri-Georges Clouzot’s] Diabolique [1955]. I was with a group of other 10-year-old boys at summer camp, and we took a bus to see it. On the ride back, I was totally fragile, so when a kid snuck up behind me, I almost jumped out of my skin. I was in such a state of fear. The film had such a sense of the unexpected, shock, and the kind of ending I had never experienced before. I was so scared. The remake wasn’t so good!” 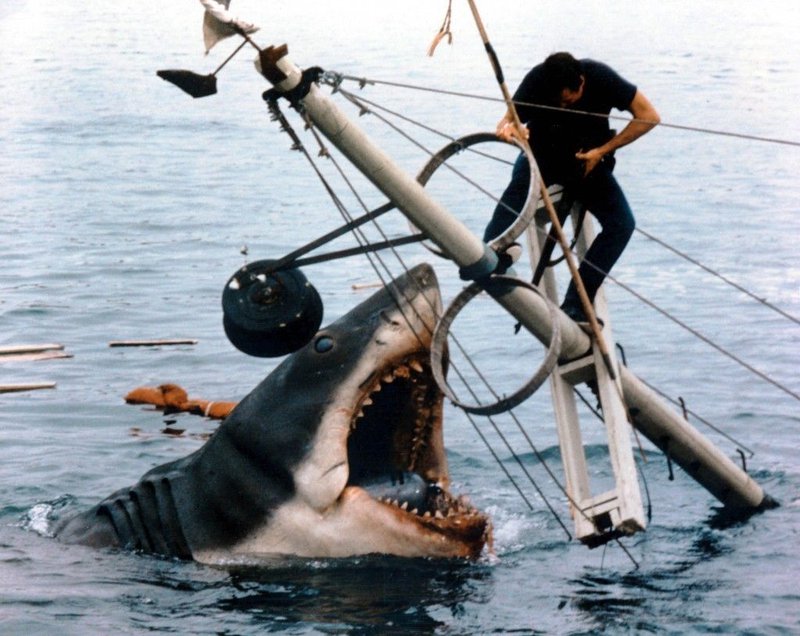 “I was 11-years-old when I went to see Jaws [1975]. The summer of Jaws as we came to know it. The shark craze exploded after that. Shark teeth for sale at the malls, etc. Great White mania! I was so terrified of the water after that; I’m paranoid about the ocean to this day. And for that whole summer, I would not even go swimming in a lake. It’s one of my favorite films of all time and the first real summer blockbuster. From that point on, I was a Spielberg fan and could not wait for his next film. Eventually, I got over the fear of swimming in freshwater lakes until Piranha came out.” 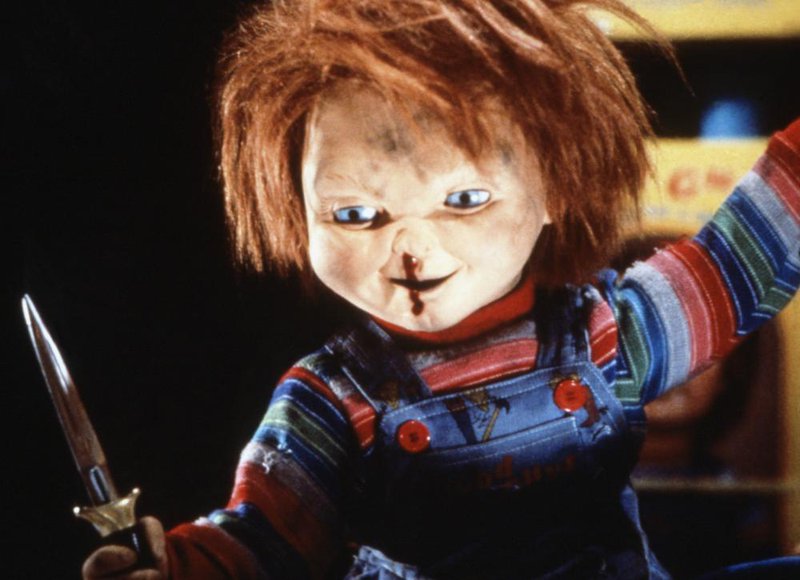 All right. Who gave Chucky a knife again? (Photo: MovieStillsDB.com)

“It was Child’s Play 2 [1990], first horror movie I ever saw. I come from a very Catholic Mexican house, so anything scary was just not allowed. Very superstitious Mom, and everything is the devil for my grandma [laughs]. Long story short, at 8-years-old, I stole the VHS at Blockbuster of Child’s Play 2. Watched only maybe 30 minutes or so and stopped watching! First time I experienced fear and what a movie can do to you. Since then, I loved horror movies because there was a rebellious feel behind them. Got grounded too!” 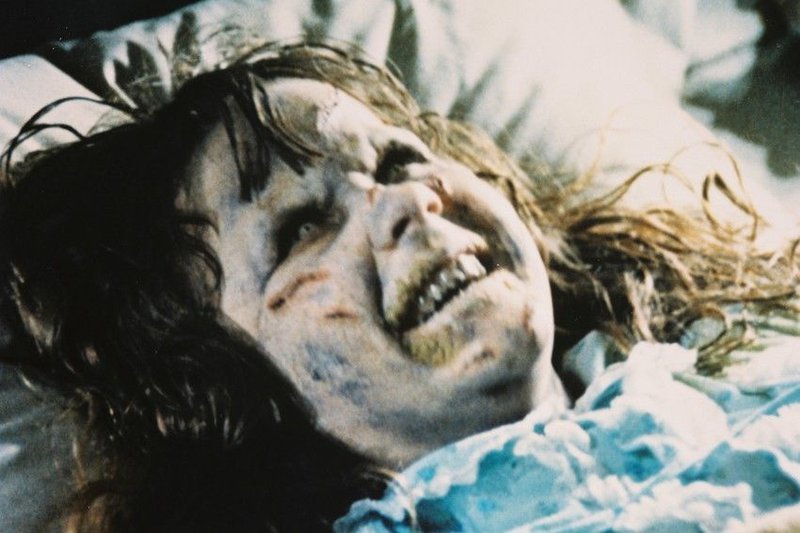 “The Exorcist [1973] because of its the lack of Hollywood chintz and the usual horror genre hocus pocus. A school friend brought a really bad bootleg, and we watched it on my parents’ first JVC video recorder. The movie looked authentic … like a documentary, so I felt like a voyeur. It gave me chills, and I never forgot the sensation. It did not make me feel sick to the stomach, as it was advertised when barf bags were handed out in theaters. Only Pier Paolo Pasolini’s Saló did that to me. I am still not sure if a horrific movie can qualify as a horror movie, otherwise I would have listed Saló up on top.” 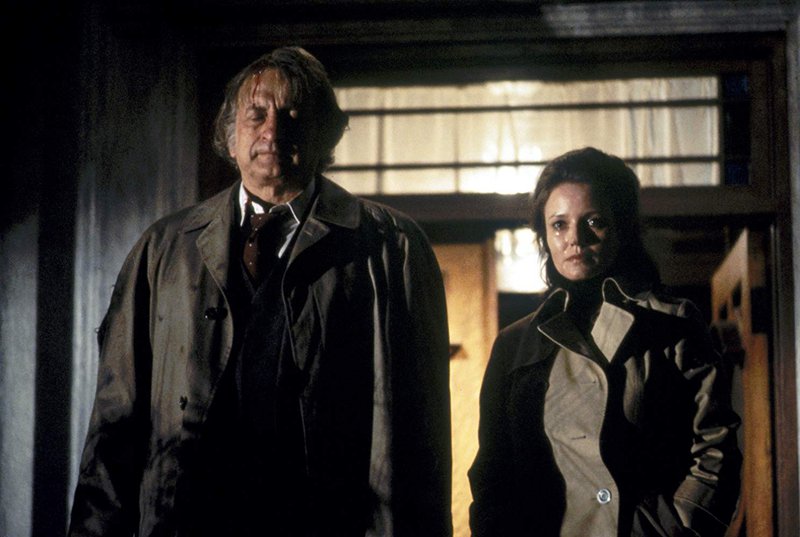 “I’ve never seen any horror movie or any other movie like Peter Medak’s The Changeling [1980]. It literally is etched on my brain after being almost traumatized by it as a child watching another child murdered and haunting the very scary house where George C. Scott’s character was isolated in. I hated the sound of metal clanging and couldn’t close my eyes for five seconds when I took showers after that. ‘How did you die, Joseph?’— I’m having goosebumps already.”

Elizabeth Shepherd in "The Tomb of Ligeia" (Photo: IMdb.com)

“I didn’t realize that The Tomb of Ligeia [1964] would change my life. I couldn’t imagine back then that I would still be talking about this work and meeting fans at conventions all these years later. This film is still so much a part of my life. Vincent Price had so many fans, and quite rightly, and Ligeia being the last of the Poe films, [director] Roger Corman made a big effort to make it special. We had a five-week shooting schedule with a full week on location in England that opened up the visual aspect of the Poe films, and we had a wonderful script by Robert Towne. The script really gave Vincent and me something to play. I am truly proud The Tomb of Ligeia has stood the test of time.”