Hearing from emerging genre filmmakers about the films and shows that terrified them as children. 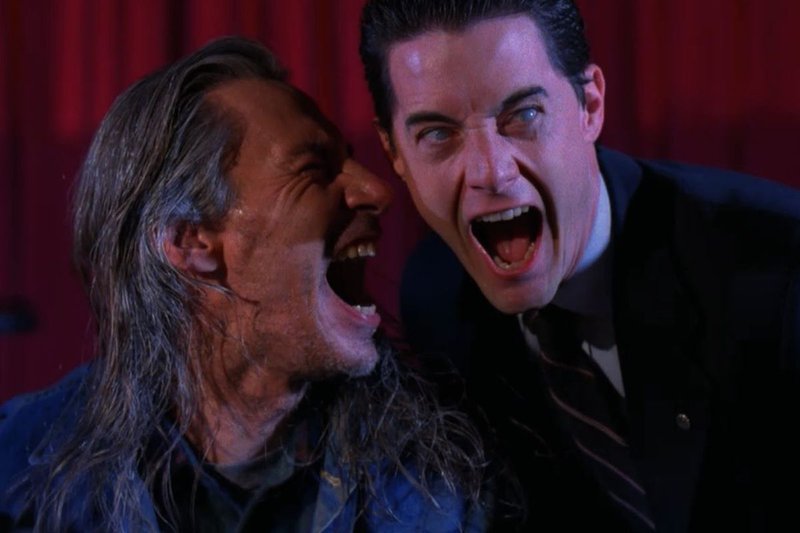 With the July 4 holiday right around the corner, we decided to celebrate the Spirit of “Independents” and check in with the current flock of emerging genre filmmakers working outside the studio system. Our ongoing mission: to discover what horror films and TV shows set off fireworks in their impressionable young minds. Besides revisiting the classics fearfully recalled below, why not curl up with some of the new fright flicks from these directors and their stars currently haunting film festivals, VOD, disc and specialty theaters?

I could name five or six horror films – or, moments – that did me in; trodden territory that messed us all up: the Poltergeist clown, Zelda in ’89’s Pet Sematary, the cat crawling out of Buster Poindexter’s throat in Tales from the Darkside: The Movie, or, hell, the Tales from the Darkside series theme music, if I’m allowed to cheat. But the film that scarred me for life, only later for me to love it for all its delightful schlock, is Stephen King’s Cat’s Eye [1985]. Specifically, the troll in Drew Barrymore’s wall. That got me. There are few things scarier than some horrendous ‘thing’ boring a hole into your room, crawling up your bedsheets and stealing your breath in the dark. Thank God for General. Did I tell you I love cats?

When I was 7, I was on a family vacation to visit relatives in Michigan, and the parents went out and left us kids with a babysitter. I was upstairs playing with my cousin when I heard screams coming from the basement. I slowly made my way down the shag-carpeted stairs to where the TV was playing The Shining [1980]. I hid behind the couch and watched in horror as the bloody twins terrorized little Danny. Even now, hotels with long, winding corridors and hallways with loudly-patterned carpeting make my heart race. And I love it.

Harvey Guillén, actor (The Magicians, What We Do in the Shadows and Werewolves Within, Tribeca Film Festival June 16-17; in theaters June 25 and VOD July 2):

I would have to say that Child’s Play [1989] really did a number on me. I don’t know who thought it would be a good idea to show a six-year-old this terrifying film. I remember watching it with my cousins and trying to play it cool. And that I wasn’t scared as they kept asking me, ‘Are you scared?’ I made it through the end of the film, with my chest puffed up because I was a big boy now. And as soon as the sun set and I was alone in my room, I was convinced that every toy that I owned would wake up and come murder me. Happy to report that only one of those toys tried to murder me, but clearly we know who the winner was.

Julian Richings, actor (The Witch, Survival of the Dead, Supernatural; and Spare Parts and Anything for Jackson, both now on disc, digital and VOD):

In the mid-1960s, a late-night classic called The Night of the Hunter [1955] was on TV. It was old-timey, even older than I was (I was at least 10) and in black and white, so guaranteed not to be as exciting as the cool stuff I was into: Hammer horror films in blood-splattered Technicolor. I almost didn’t bother, but it was directed by Charles Laughton, who’d played all kinds of creepy and interesting characters in films my parents watched.

The specifics of that first viewing remain vague… I was so caught up in the unfolding drama, but images have haunted me ever since: a psychopathic preacher (Robert Mitchum) wrestling with ‘Love’ and ‘Hate’ tattooed on his fingers; a guardian angel grandma (Lillian Gish) sitting on a porch with a shotgun and a song; a murdered mother (Shelley Winters) trapped underwater, hair flowing like beautiful wild rushes.

And the film has generated so many ideas that have influenced me personally as an actor, that Gothic shadows can be as terrifying as blood and gore, that stillness is full of dread, hidden menace is more unsettling than overt violence, and on a wider level, how frail we all are as citizens who can be gullible one moment, then turn into a raging lynch mob once we realize we’ve been conned.

There are countless horror moments that hugely affected me in my formative years; many are in 1978’s Halloween (my favorite horror film of all time). But the film that ate my brain and scarred me for life is probably The Texas Chain Saw Massacre [1974]. In terms of American horror films, it stands by Halloween, Night of the Living Dead and Psycho as a game-changer, but Chain Saw feels even more unpredictable and dangerous than those films. The montages of weird totems, corpse photoflashes, hordes of spiders, chuckling graveyard weirdos… It creates an environment dripping with dread before you even meet the Cook, the Hitchhiker and Leatherface. It’s singular and unrelenting in its purpose. Tobe Hooper’s technique is precise and immense. Every frame, every cut, is fashioned with such unease and terror that I still, to this day, feel uncomfortable watching it, and I still always jump when Leatherface blasts from the darkness to slice up poor Franklin. Like the robot Ash says about the Xenomorph, ‘I admire its purity.’

To me there is nothing scarier than the unknown, and what we believe about extraterrestrials is truly still unknown. My fascination and fear of aliens stems from the first movie that scarred me for life, Fire in the Sky [1993]. At some point, when I was a very young child, I saw that movie. Or at least saw the alien abduction/probing scene because that image was burned into my memory and terrified me for years. As I got older, I thought if I watched it again, it would lessen my fear of it, for I would see, with more grown-up eyes, that it was just a movie and not really that scary. However, I was wrong! Equally as terrifying for me the second time around, I watched through my fingers as I wondered why I was torturing myself with this film. I then discovered it was based on a book of a real man’s account of what he believed to be his alien abduction. That, for obvious reasons, made Fire in the Sky even more terrifying, truly scarring me for life.

I wouldn’t see The Exorcist; the thought of Satan possessing someone scared me too much. Rosemary’s Baby [1968] was a different story. I identified with Rosemary – her innocence, her desire to have a child, and to live a conventional married life. I also struggled with good and evil. I was a naive, young married woman living in the South. My conservative parents raised me in the Catholic Church; I believed in right and wrong, God and Satan; and wanted to be a mother since I was 6. At the same time, I knew I didn’t want the marriage my parents had; I wanted more. I wanted to look at the dark side, the shadow side. Rosemary’s Baby fascinated and horrified me. The rape scene was intense and kind of sexy. The naked coven witnessing the rape was mind-blowing. Two years later, I was divorced, chose not to remarry, moved away from the South, and had some adventures of my own – none of which included Satanism… which still scares me!

Chris MacBride, director (Flashback, now in theaters and on disc, digital and VOD):

The experience that scarred me for life was watching Twin Peaks [1990-1991] as a kid. My mom suggested I watch it because she knew I wanted to be a filmmaker when I grew up, but I don’t think my brain was ready for it. I’d seen horror movies already, Freddy, Jason, etc. But nothing terrified me like the stuff that happened on that show. I vividly remember watching the episode when they revealed who the killer was. It was so violent and disturbing I was destroyed for a month. Still am.

As someone with a ten-year age gap between myself and my older siblings, I was exposed to a lot of films growing up that I definitely shouldn’t have been watching. I always wanted ‘in’ on the latest scary film experience. I just about dealt with Jaws, and had made it through The Exorcist unscathed, but what ended up wheedling its way into my subconscious and burrowing itself into my nightmares was The Man from Another Place from Twin Peaks [1990-1991]. There was something about this strange reversed man, his jagged speech and movement, that my brain just couldn’t compute, and he haunted my nightmares for many months to come.

Chad Ferrin, writer/director (The Ghouls, Parasites, Exorcism at 60,000 Feet and The Deep Ones, now on disc and VOD):

Not really a horror film, but my father took me to see Quest for Fire [1981] when I was around eight years old, and it had quite an impact. The graphic nudity and violence were scarring, to say the least. That scene where the cavewomen smash the ape man’s fingers into a pulp with a rock until he falls from the cliff still sticks in my head. Ah, the power of cinema. I pray that one day I make something that gets under the skin of some kid and lingers in their mind for forty-odd years.