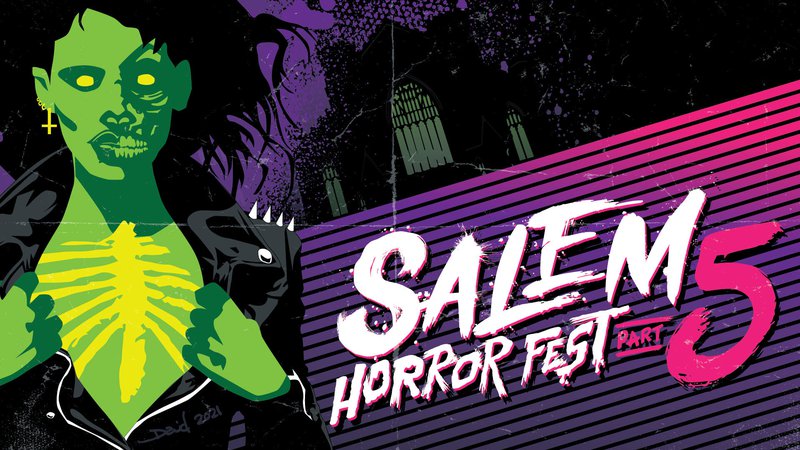 In partnership with The George A. Romero Foundation, The Salem Horror Fest will bring the annual retrospective, Romero Lives to Salem. The month-long series celebrates the Master of Horror and will include a screening of the recently restored and resurrected The Amusement Park along with the live 100th episode of The Faculty of Horror podcast.

The festival will be home to numerous feature world premieres and also present Local Mass Hysteria, a new showcase of Massachusetts filmmakers. This year filmmakers will be competing for a $1,000 cash jury award and consideration for The George A. Romero Fellowship program featuring industry mentors Mynette Louie (Swallow), Travis Stevens (Jakob’s Wife), and Jenn Wexler (The Ranger). Filmmakers, there's still time to get your film in! The next submission deadline is July 31, 2021.

Festival director Kay Lynch had this to say about the upcoming event, “After a depressing year without movies on the big screen, we could not be more thrilled and eager to return to live events by honoring one of the most influential titans of horror with a showcase of talent set to prove that cinema remains, and will forever be, undead."

The Salem Horror Fest runs October 1-11, 2021. For festival badges and more information about the selected films, visit SalemHorror.com. Additional events and program details to be announced throughout the summer.