The past has teeth. 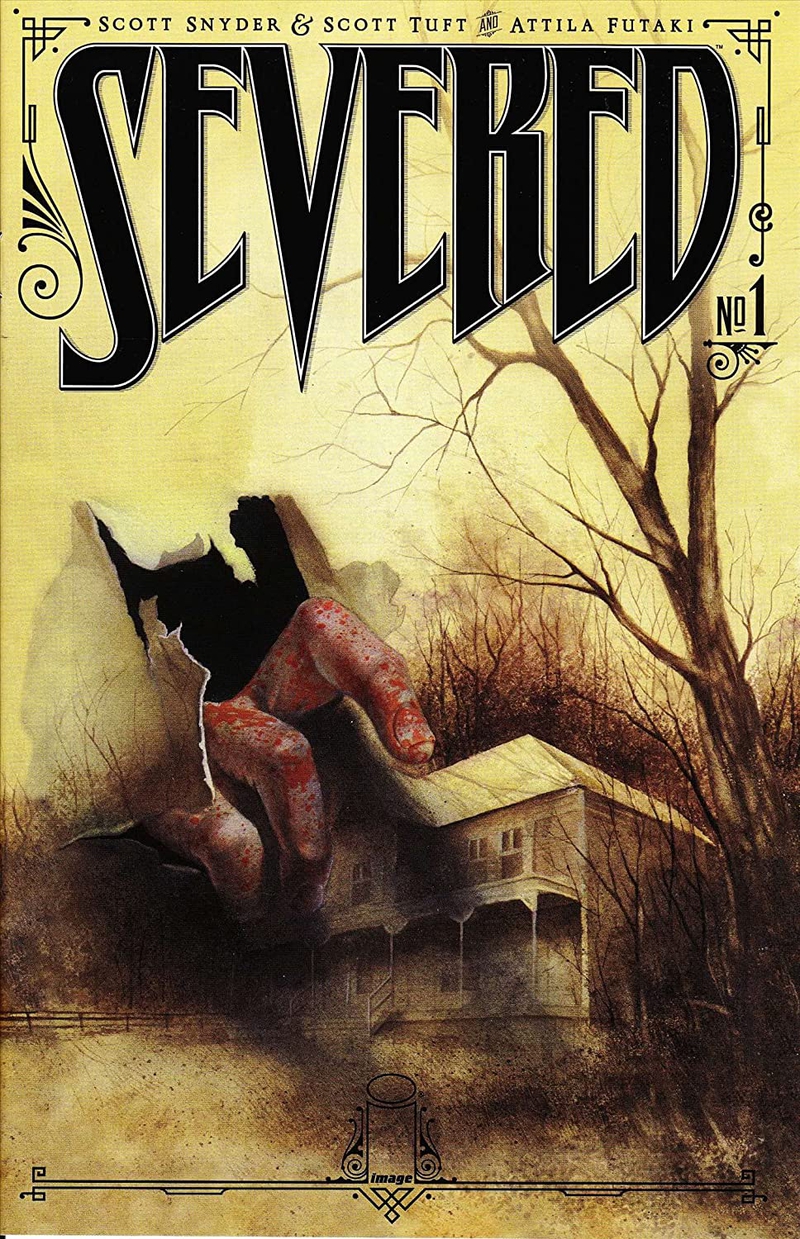 When I was a kid, comics helped me stay sane.

I had a difficult home life, so any and all routes for escape were welcomed. I watched movies constantly, snuck away with copies of my mom's collection of horror novels, and ingested comic books like a kid who didn't know when his next meal was coming (which was often the case). Each storytelling medium gave me glimpses into worlds I wanted to be in, but comics were what held my young mind's attention the most.

A trip to the corner store down the street to retrieve cigarettes and lottery tickets for my mother always came with the possibility of a new addition to my growing collection, as long as there was enough change left over. And if not, the big-hearted man who ran the place would usually let me take a book home even if I was short. Those years were hard, but running home to read my latest treasures are some of my happiest memories from that time.

Then I got older, and comics, now deemed to be "kid stuff," were pushed aside for more important things like trying to look cool (this never happened) and attempting to muster up enough courage to speak to girls (ditto). I missed thumbing through the inked pages but was too preoccupied with becoming a teenager, and that was that for a little over a decade.

In 2011, I got the itch. I began to wonder what some of my favorite heroes had been up to and soon found myself browsing the comic shop near my university. I quickly realized that there was more to the funny books than just spandex and galactic threats to the earth's existence. Horror (always my favorite genre) was represented in a big way, and one of the titles that immediately grabbed me was the terrifying mini-series from Image Comics, Severed. 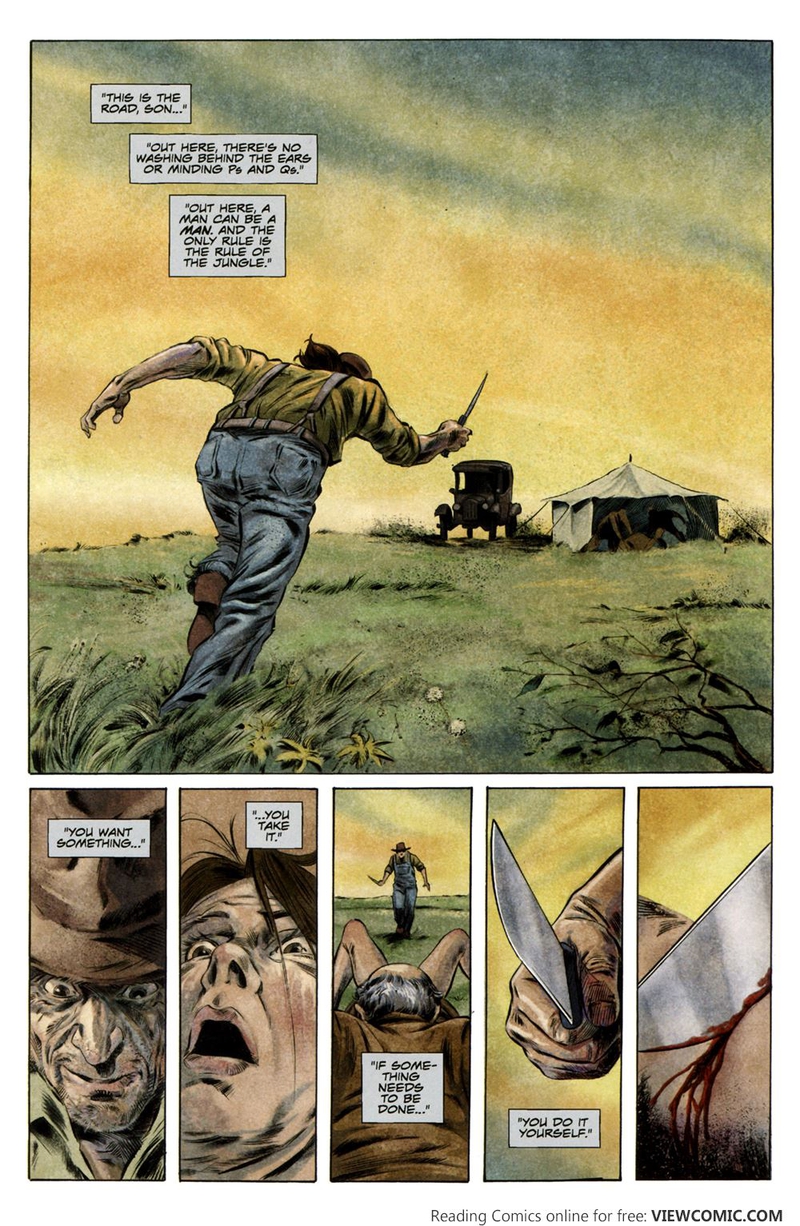 Written by Scott Snyder (American Vampire, Wytches) and Scott Tuft, with illustrations by Attila Futaki (Percy Jackson), Severed is a coming-of-age story about the dark truths of the American Dream, the secret selves we keep from the world, and the consequences that can come with youthful naivete. It's a cautionary tale drenched in blood with faint glimmers of hope peppered throughout, and once its teeth sink into your flesh, you'll find it terribly difficult to shake it off.

It's 1916, and Jack Garron has struck off on his own, looking to ride the rails to Chicago, where he hopes to find his musician father. Having recently learned of the man's existence, along with the truth that his mom is not his birth mother, the 12-year-old desperately wants to leave his old life behind and start a new one as a performer alongside his dad. Unfortunately, his fantasies of adventure on the open road come with unexpected harsh realities and dangers he could not have imagined as the new path he has chosen sets him on a collision course with a monster disguised as a man. The beast goes by many names, but his ritual is always the same:

Their meeting will lead to a confrontation that could take everything from Jack as he quickly learns the cost of dreams. 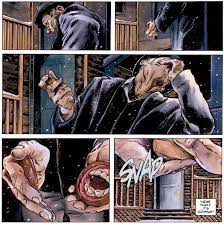 Severed's narrative is as sharp as the chompers sported by the nameless ghoul hunting Jack (for simplicity's sake, I'll call him "The Salesman"), and it's bleaker than most coming-of-age tales. From the beginning, it's obvious that Snyder and Tuft aren't interested in telling a story draped in the romanticism that surrounds so many myths of the open road. Around every corner, Jack encounters someone ready to take advantage of his vulnerability and innocence. Whether it's the railroad bull and his goons who attempt to throw him off of the Chicago-bound train, the back-alley pimp trying to scam him, or The Salesman himself who offers to help find his father while secretly hiding deadly intentions for the boy; Jack learns trust cannot be doled out generously in this world.

Along the way, we also get glimpses of America's past that mirror so much of what still haunts the country today, be it racism, the colossal divide between economic and social classes, or the ways institutions fail to protect children and other vulnerable groups from predators. At the beginning of his journey, Jack is a wide-eyed pup brimming with the idealism that captures so much of his country's character. By its end, he's encountered too many of these grim realities and finds himself transformed because of it.

Severed is not without its moments of hope. Just as one might experience in real life, the bonds Jack forges are strong and true. He befriends a fellow traveler named Sam, who essentially becomes his hype man, helping to draw crowds for him as he busks in an attempt to raise funds for travel. Their friendship is the heart of Severed's first half and helps keep the fires of optimism alive in Jack's heart. Perhaps most poignant is his relationship with his mother. She might not be blood, but that doesn't mean she doesn't love him unconditionally. Jack doesn't understand this at first, but he learns it in a big way later. 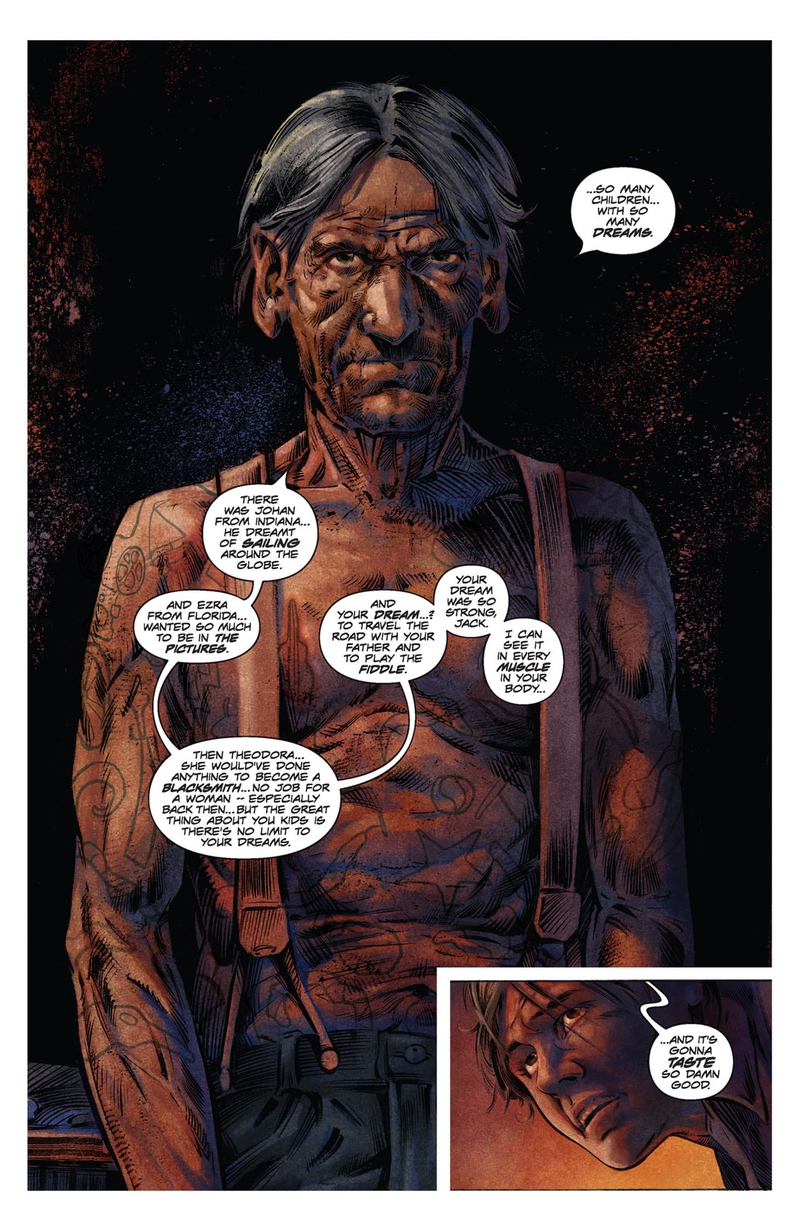 Bringing all of this to life is the wonderful artwork of Attila Futaki. There are moments in Severed where the visual world he creates resembles the quaint, idyllic scenes found in the work of Norman Rockwell, luring the reader into fantasies of a time never actually known but yearning for all the same. Then (with just as impressive a flourish) Futaki flips the switch, bringing out the true ugliness of the period when it was at its worst. His ability to capture innocence and depravity so beautifully helped make the book stand out upon its release and continues to serve it well today, looking just as fresh as when the debut issue hit the stands.

Reading it that first time, I wasn't exactly sure why I connected so well with Severed. However, revisiting the comic a decade later, it is becoming more evident. I think I saw some of myself in Jack and his journey. I had never hit the open road searching for adventure, but I certainly craved it while devouring my various childhood forms of escapism. I hadn't felt the sense of betrayal that comes with learning your mother isn't who she says she is, but I did know the longing of wanting to meet the man who helped create you. And true, I had never been hunted by a horrible beast with razor-sharp fangs, but I knew damn well what it felt like to be victimized. 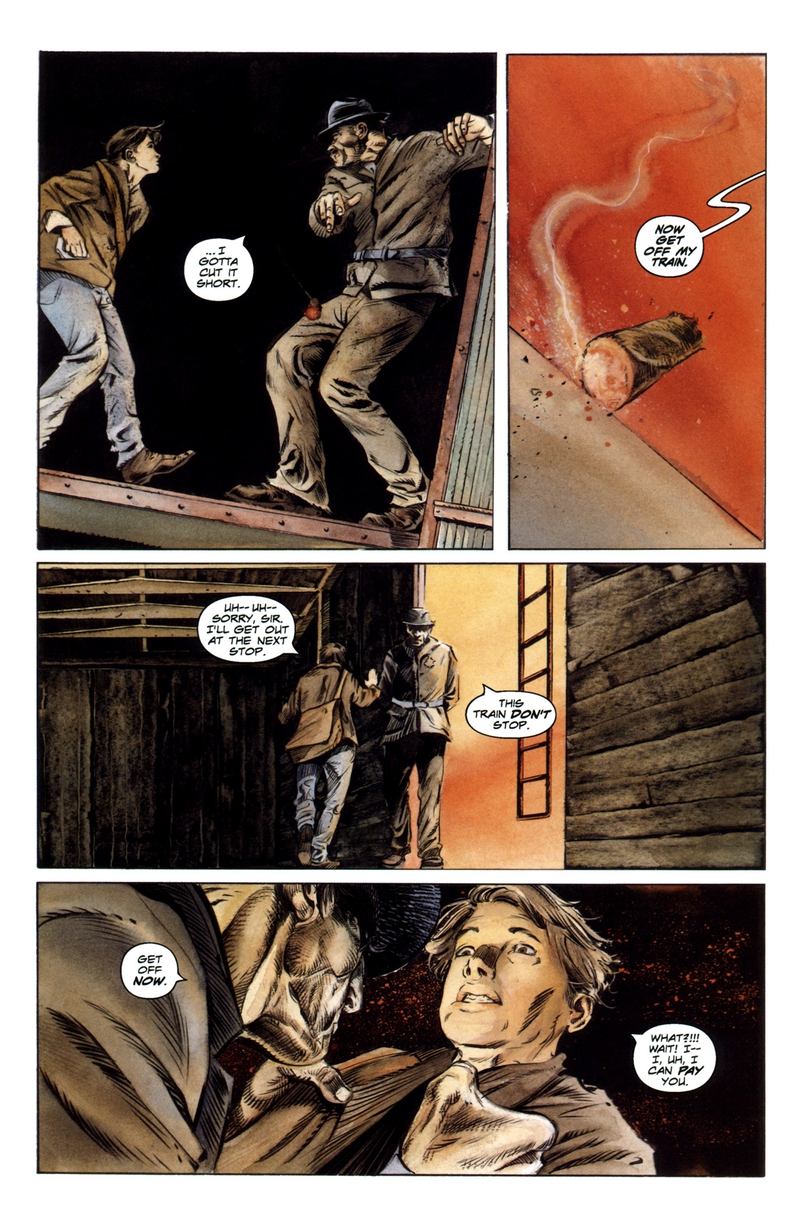 That might be the legacy of Severed. It told a story brimming with horror and did a damn good job of it, but it also did more. It turned over the rocks — the fantasies of the past, and attempted to expose some of the ugliness that is too often glossed over or missed altogether. In the process of doing so, it connected with those who felt they had lost some of their own innocence when the world revealed its darker side to them.

In the mood to sink your teeth into Severed? Get your copy here.