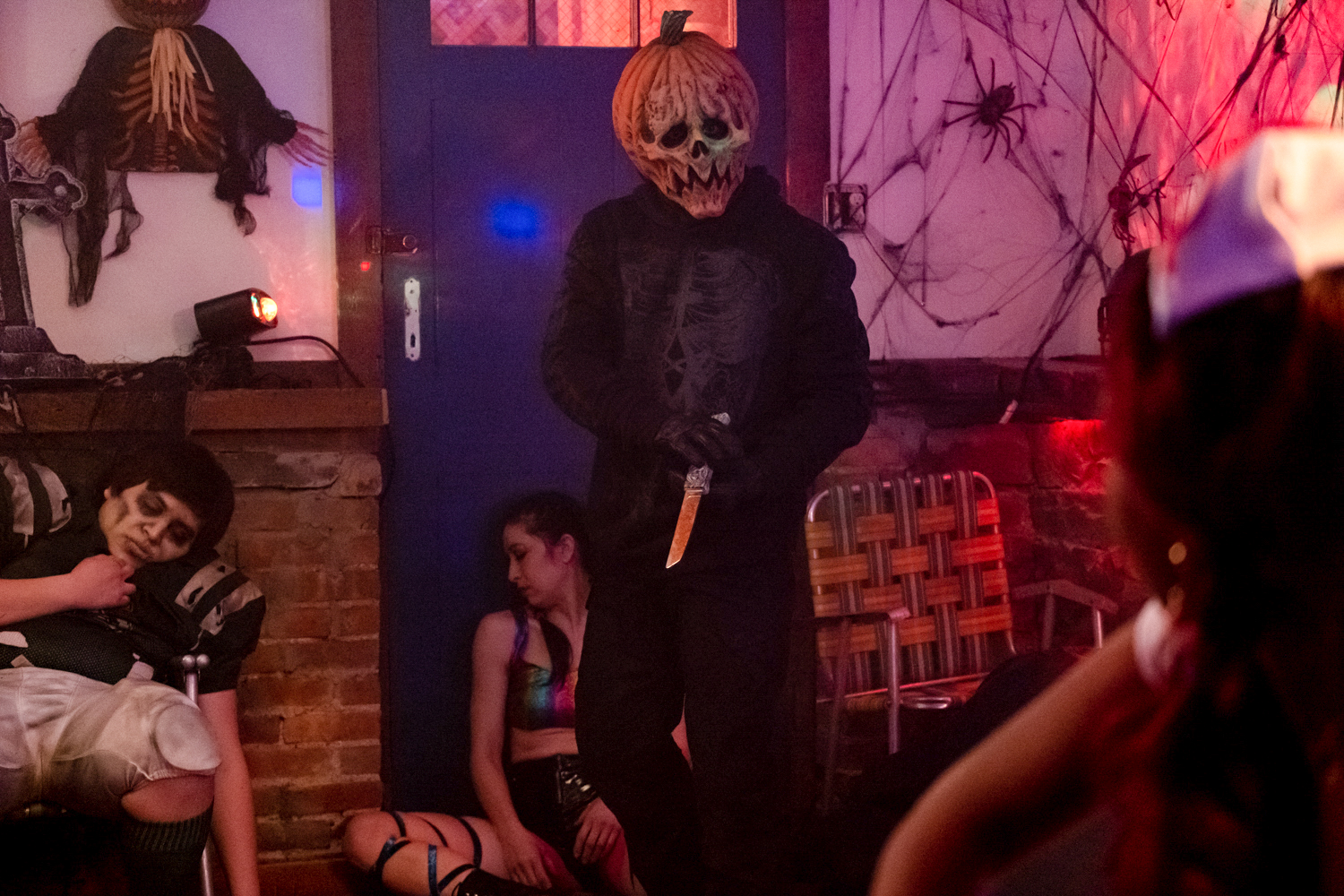 Take a look at 'Trick' through producer Todd Farmer's eyes.

This is a photo of Tom Atkins, center. If you look closely you might be able to see myself and writer/director Patrick Lussier, right, as well. But you'll have to squint, as the Tom Atkins glow is glorious. This was Tom's first day on set. Watching him interact with cast, crew and locals is a stunning thing to observe. He gives joy wherever he goes. This was Tom's third movie with us. There will be more.

Hilary Greer was kind enough to allow the lovely Patrick "Trick" Weaver to slice and dice her when she wasn't working as our extras casting wizard. Kristina Reyes, right, was one of our leads and was tasked with trying to survive while doing battle with our masked Trickster. I photobombed them because I'm a dick.

Longtime friend Gary Tunnicliffe isn't just an FX master, he's a creative force of nature. The two-faced pumpkin mask was all his brain child. I didn't think of it. I'm not that smart. When he mentioned it, I thought the idea was fantastic but I was blown away when the pics showed up. Smiley and Frowny? One day I hope to write a fraction as well as Gary makes FX magic.

These aren't masks we found on eBay or Etsy or in the trunk of Tom Atkins' car (for starters, Atkins keep bodies in his trunk). These masks were found in the mind of Gary Tunnicliffe. A movie is lucky to get one incredible mask. With Gary, there is no limit. He really is a genius. And a fast genius. With a lovely singing voice.

Screenwriter Todd Farmer entered the movie business by putting Jason Voorhees in space. He’s worked with Cunningham, Carpenter, Craven and Raimi. He put Bloody Valentine in 3D and sent Nic Cage to hell. Having worked with most of the modern-day slashers, Trick was Farmer and director Patrick Lussier’s way of giving back to the genre they love.