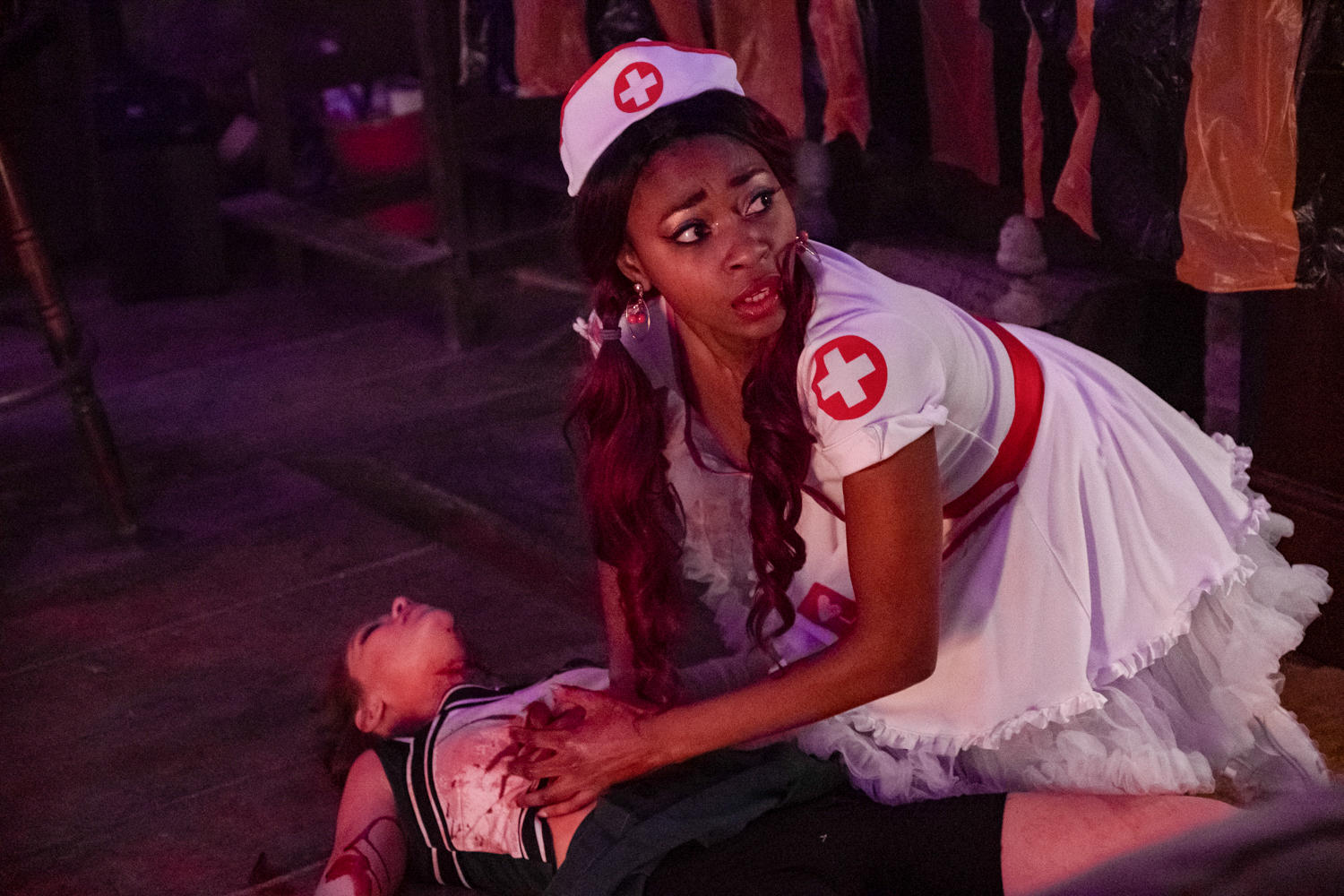 remember Scream 2 as if it were yesterday.

There sat Omar Epps and Jada Pinkett (before-she-was-Smith) -- who cared what the characters were named, it was Omar and Jada! -- at a movie theater premiering the latest serial-killer movie.

And we fell into laughter. My friends and I knew what was up; the trope had been around long enough for even casual moviegoers to recognize what was going to happen. They were going to die, and first.

And die they did: Omar, stabbed in the ear, and Jada on a stage, stabbed all over and through.

So, it was a treat to see Epps in the lead role in Trick. Though he’s taunted by the killer, since he’s the main guy on the poster you know that he has a better chance of surviving more than the first 10 minutes of a film.

“It feels great. I think in Scream 2 and obviously working with a legend like Wes Craven, it’s kind of poking fun at that notion,” Epps says. “But I think it’s great to kind of come full circle with something like Trick where it really speaks to the times. I’d like to believe that we’re progressing on that type of front. It’s an entertaining story, it’s definitely in that slasher genre. I think audiences will be really entertained.”

Trick, which can be quite entertaining and contains one of the best jump scares I’ve seen in a long time, hit theaters and VOD on Oct. 18. In it, a string of killings that happen each Halloween leaves a town searching for answers, leaves Detective Mike Denver tortured and leaves a lot of people dead by slashing. It also leads to the local legend of a killer named "Trick." Of all the nods to different horror films shown throughout the movie, though, one sticks out.

There’s a scene in a church-as-movie-theater in which Epps’ Det. Denver is trying to find the killer. As he’s looking, behind him and projected on a big screen is Night of the Living Dead (1968). More specifically, Duane Jones, the main man of what became a franchise, holding it down as if in affirmation of the proceedings.

In his first film role, Jones went down in history as the first black man to lead a horror film. The juxtaposition of the two in the frame provides a highlight for those in the know and says a lot with no words.

“You don’t really realize it in the moment,” Epps says. “You kind of have an idea of the statement that it could make. But again, in the moment, for me, I’m just so focused on executing what we’re doing and that, that’s more for the filmmaker to pay attention to vs. the actor.”

And, because all of his throwbacks to other films were “very intentional,” you’d better believe director Patrick Lussier (“Trick” was my nickname when I was a kid) knew exactly what he was doing. And he is glad that you noticed, thankyouverymuch.

“There's so many significant things about Night of the Living Dead,” says Lussier. “It is a landmark film in so many ways. Having the chance to feature that as part of Trick was very much an honor to do, and, you know, to see Duane Jones back on the big screen in that way, with Omar Epps running down the aisle in front of him. That was something we were very excited to do.”

The excitement even extended to casting. Lussier had worked with Epps a couple of times before, including his Dracula 2000. And, though they’re both busy, busy, busy -- Epps with TV megahit This Is Us and upcoming space thriller 3200 in November (and allowing "the universe to work the way it will") and the director with TV’s Purge and other projects -- Lussier dwells a little in this moment.

“I’m really thrilled that he agreed to come back and do this.… Omar is somebody who, as I said, I worked with before and really wanted to work with him again,” he says. “So … if you're any fan or follower of of film history, especially in the genre, it's a significant thing. It certainly was not lost.”

Dawn M. Burkes is Editorial and Publishing Coordinator for FANGORIA and Cinestate. The longtime journalist with a focus on entertainment, news and sports has been a five-tool player for The Dallas Morning News, The Atlanta Journal-Constitution, USA Today, and Miami Herald, among other media organizations. She has also written for Urban Arts Magazine, OurselvesBlack.com and The Dallas Observer. She hosted a podcast, "From the Hip." Go ahead: Make her day and @ her on Twitter: @DawnBurkes.