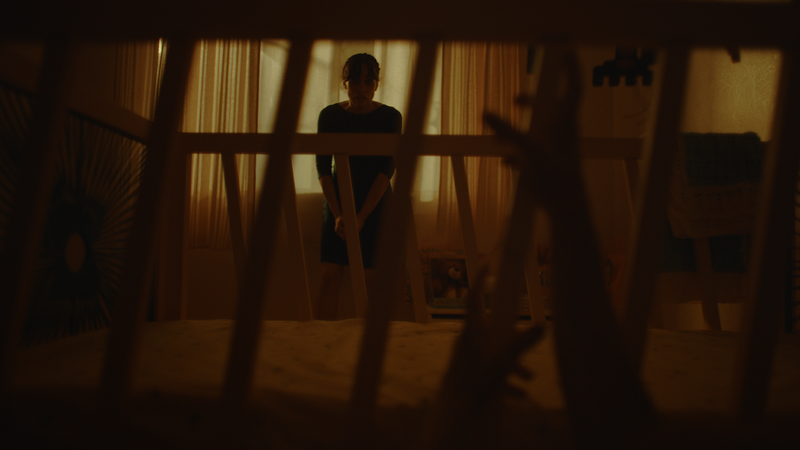 Ahead of the film's release next month, XYZ Films have dropped a new trailer for Huesera: The Bone Woman, the award-winning directorial debut from Mexican filmmaker Michelle Garza Cervera. The film is set for a release exclusively in theaters across the U.S. on February 10th, before landing on VOD on February 16th.

Valeria (Natalia Solián), a young woman expecting her first child who becomes cursed by a sinister entity. Plunged into a terrifying and dangerous world, a group of witches emerge as her only hope for safety and salvation, but not without grave risk. The film also stars Alfonso Dosal (Netflix’s Narcos: Mexico), Mayra Batalla (PRAYERS FOR THE STOLEN), Mercedes Hernández (IDENTIFYING FEATURES), Aída López (Capadocia), and Martha Claudia Moreno.

The film has been described as 'a Mexican folk-inspired spin on crucial maternal horrors such as The Babadook, Hereditary, and Rosemary’s Baby' and from this new trailer, we can see why. Creepy kids, familial fighting and plenty of creepy bone cracking set the scene for an atmospheric and eerie take on motherhood.