The Peculiar Horrors Of New England 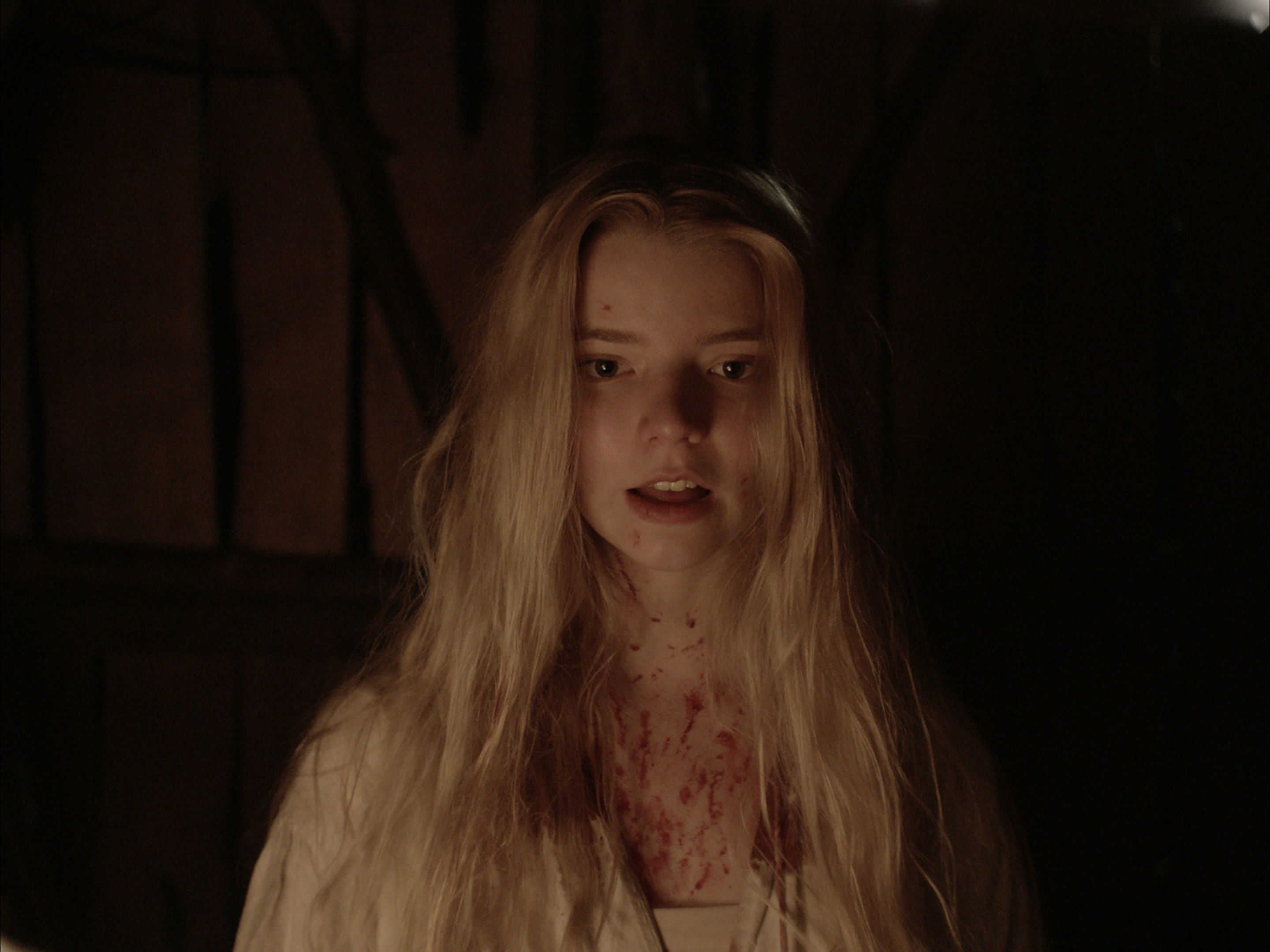 Anya Taylor-Joy takes in the joys of New England in "The Witch."

The Peculiar Horrors Of New England

he Pilgrims officially put the “new” in New England in 1620, 13 years after King James chartered the Virginia Company of London to sail to the New World and name a colony after him. Four hundred years later, it remains, on a granular level, one of the spookiest parts of these United States.

Sure, New England is the land of year-round ice cream and non-rhotic accents, a place where people lounge in lawn chairs to take a break while shoveling snow. It’s also the place where Puritans fled to escape religious persecution under the crown, where those same Puritans raised a militia and went to war with indigenous American tribes, and where a person can’t go more than a few steps without wandering straight into the exact kind of eerie, foreboding woods characters wander into in Stephen King novels, mostly because they’re the same eerie, foreboding woods that have inspired King for his whole career, woods that, once upon four centuries ago, the Puritans considered a breeding ground for all things literally wicked.

All that history kept in mind, it’s hard to traipse around New England picking apples and drinking bad coffee without feeling the unnerving sensation that you’ve just stepped on someone’s grave: A Pilgrim’s, perhaps, or a Wampanoag’s. Robert Eggers knows this feeling well. It’s woven throughout his first movie, The Witch, arguably the New England horror story in terms of historical reenactment. The Witch doesn’t represent reality, per se, but rather the settlers’ reality. Fear of poison apples, of the devil himself, of ancient, misshapen gorgons lurking beyond the bounds of human civilization — of safety — were the fears the Pilgrims lived with every day, which is a generous way of saying that those fears were self-inflicted.

Imagine the kinds of creepy bedtime stories your parents told you as a child to keep you from misbehaving. Now imagine what kinds of stories the first New Englanders told their children. They probably sound an awful lot like The Witch, because The Witch’s basis is found in primary sources Eggers pulled in the film’s pre-production phase. You don’t get the kind of cultural verisimilitude he achieves in The Witch without caring or checking out a library book or two, after all. (His latest, The Lighthouse, narrows down the broad “anywhere in New England” focus of The Witch to another quintessential New England locale, the region’s shorelines, and conjures an entirely fresh madness couched in oceanside isolation.) But verisimilitude, at least verisimilitude of that level, isn’t necessary for telling a good New England horror tale.

Take John Carpenter’s In the Mouth of Madness, for instance, and Lucio Fulci’s City of the Living Dead, which both begin in New York and remove to parts known and unknown in New England; neither Hobb’s End nor Dunwich, located respectively in New Hampshire and Massachusetts, exist (at least Dunwich doesn’t exist as defined by Fulci), but collectively they illustrate the prototypical quaint New England hamlet as inviting and charming, and as deeply, deeply haunted. Hobb’s End straddles these characteristics, which feels appropriate given that it’s made up in our world and in the world of Carpenter’s film: It simply doesn’t exist and is therefore a reflection of New England as imagined in popular culture and in the text itself.

In the Mouth of Madness functions like litigation of New England’s genre lore; whether by design or not, Michael De Luca’s screenplay drives at the heart of horror fiction that uses the area as its setting. That means King by unavoidable association, but it’s the work of weird fiction auteur H.P. Lovecraft that’s best reflected by the thematic “stuff” of In the Mouth of Madness. Keith Herber didn’t drum up the phrase “Lovecraft Country” by accident; Lovecraft’s bibliography casts a phantasmagoric net over Massachusetts, Vermont, and Rhode Island, planting the seeds of eldritch and cosmic terror in his own backyard.Lovecraft’s writing broadly fixated on the unknown, or really the unknowable.Like the Puritans, who feared the strange land they’d adopted as their new home, Lovecraft feared that which he couldn’t see or rationalize. That fear is central to what makes his work endure; it’s also what makes In the Mouth of Madness an archetypal New England horror picture, the kind that could only take place here.

The same could be said of Fulci’s City of the Living Dead, but for altogether different reasons. Religious fervor is an unfortunate part of New England’s history, and the film’s antagonist, the malevolent Father Thomas,provides a grisly reminder of what torments lay in store for poor suckers claiming religious liberty in the colonies. Fulci declines such an explicit bent, but Thomas’ victims do have a way of resurrecting after their gruesome demises for the sole purpose of introducing subsidiary characters to equally as gruesome demises. Heads are split. Insides are puked up. Scalps are torn off;brains are ripped out. City of the Living Dead nests that genre-traditional brutality within a region whose legacy partially comprises religious violence. Not that America’s history of religious violence is a strictly New England gig, but America’s religious emissaries colonized the Northeast and brought American religious violence with them. A film about an evil priest opening the gates of Hell through his own suicide could happen anywhere in the nation but feels best situated in New England.

You should visit, of course. It’s a wonderful spot for a holiday in all seasons, depending on how you like to vacation, and whether or not you can tolerate the lingering presence of the otherworldly; it encroaches on the rural and urban alike, always at the fringes of our perception and yet inevitably, undeniably there. Re-Animator and Beetlejuice could take place in any nondescript part of the United States; so could Jaws, or We Are Still Here. But so rooted is New England in the ghastly and the macabre, whether through pop culture or through its bloodstained past, that these films wouldn’t be the same if set anywhere else. They’d just be other horror films.

Boston-based freelancer Andy Crump has been writing about pop culture online since 2009, and he's been watching horror since he was 10. He is composed of roughly 65% craft beer.