Our money's not on the kid. 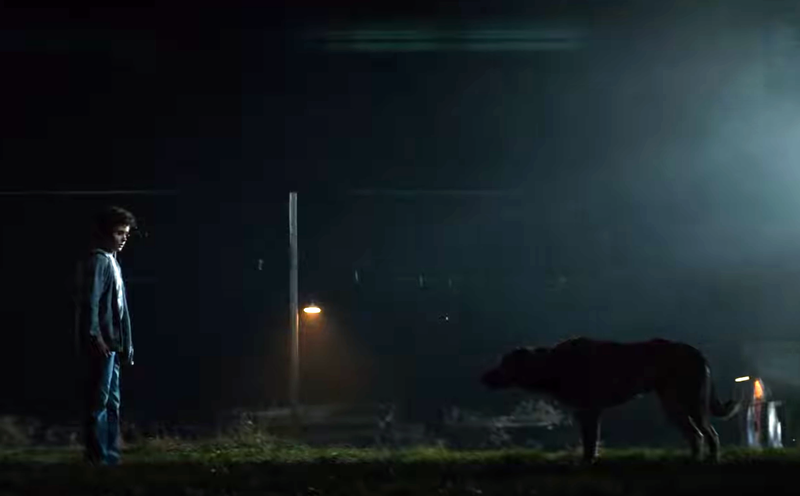 As FANGORIA's resident Session 9 fanatic, I am of course beholden to A) get excited about any new Brad Anderson feature and B) breathlessly relay updates about such films to you the second they crawl onto my radar. Such is the case today, with a brand-new clip from Anderson's forthcoming horror film, Blood.

As we learned in the film's first trailer (which you can see here), Blood tells the tale of a mother named Jess (Michelle Monaghan) who moves out to an old farmhouse with her young son and daughter. When a rabid dog emerges from the woods and does to Jess's son, Owen (Finlay Wojtak-Hissong), what rabid dogs tend to do, the kid develops an unnatural thirst for - you guessed it - blood. In today's clip, we're seeing Owen's faithful encounter with that ferocious pooch.

Good lord. Didn't these people learn anything from Cujo? You never go near a rabid dog, and certainly not one that's twice your size. Little man never stood a chance! Anyway, as you might expect, Owen's newfound taste for blood leads Jess to do some, ah, possibly questionable things (putting blood in a baby bottle for his consumption, for instance), and we're guessing that this turns out to cause quite a few problems both at home and within the local community.

Blood, which also features Scream's Skeet Ulrich in the role of Jess's former husband (that dude's definitely getting eaten, right?) will hit select theaters on January 27th before landing On Demand a few days later, on January 31st. We're looking forward to finding out just how gruesome things get for Jess, Owen, and friends, and will keep you informed on any further updates between now and the film's arrival. Stay tuned!