Are you following Netflix's new animated series based on the graphic novel from Budjette Tan and Kajo Baldisimo? You should be. 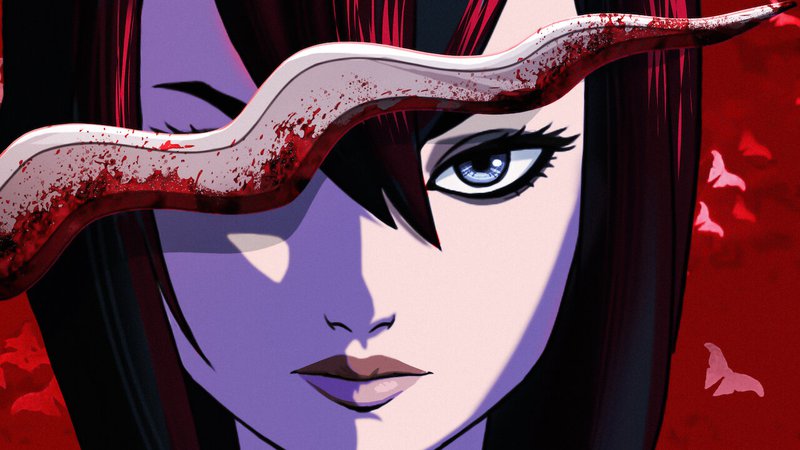 “There are monsters among us, and some of them are human,” speaks the titular character of Trese, Netflix’s new anime horror-crime series. It launched internationally on June 11 and is based on the Neil Gaiman-endorsed graphic novel. The release is a milestone, marking the first time Filipino folklore has moved to the forefront of Western media. In the past, their creatures have only made minor appearances, such as the winged Manananggal in Marvel’s Blade and the vampiric Aswang in the “Mommy Dearest” episode of NBC’s Grimm.

The series follows Detective Alexandra Trese, an investigator of supernatural crimes and corruption in Metro Manila. Alexandra solves cases alongside her two half-deity brothers, known as The Kambal, who protect her with their mystical abilities. As a vigilante heroine, she is easy to root for. With a fearless attitude and a stylish flair in bagging the baddies, she carries the right dose of vulnerability that unfolds towards the finale. Additionally, her cosplay-friendly look was inspired by Jose Rizal, a nice nod to the national hero of the Philippines.

One of the most appealing aspects of Trese are the monsters. They’re iconic, many of which have been kept alive through the generations by word of mouth. They are introduced throughout the cases: the dwarf-like Duwendes who inhabit dirt mounds, the mischievous half-men and half-horse Tikbalangs, evil aborted fetuses known as Tiyanaks and more. However, these creatures do not simply hide in the shadows and prey on the citizens. They live among the people as villains or allies, run kidnapping rings and sit as kingpins of crime. It’s Gotham infused with fantasy and extra violence.

Nearing the premiere date, Netflix played on the street criminal theme through interactive marketing. Promotional billboards were “vandalized” in the Philippines and posted on their Facebook, asking the pun-intended question, “What kind of monster would do this?” The Tagalog phrase “Siyudad namin ‘to!” was spray-painted across Alexandra’s face, which translates to “This is our city!” as an implied act of rebellion from her inhuman enemies. The fans played along as it garnered more excitement for the release. 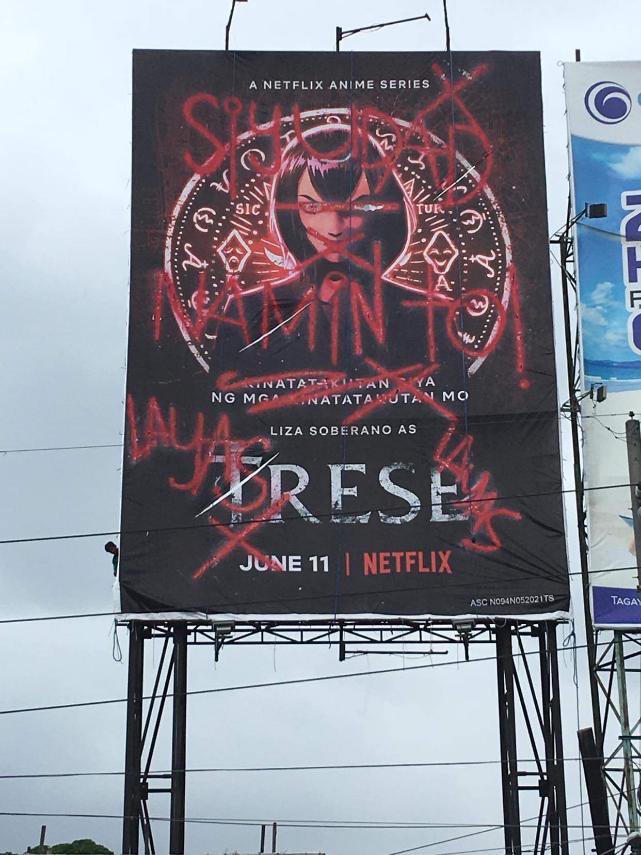 The episodes are fast-paced, bouncing from case to case and delivered in a way that makes it accessible for everyone. Filipinos will find its backdrop nostalgic, fans of the graphic novel will be pleased to see the world translated into color, and first-timers will find the new lore refreshing. On a personal note, it was endearing to witness my parents excitedly recognize familiar streets and customs, such as the appearance of the haunted Balete Drive and saying “Tabi-tabi po,” when walking by anthills, so as not to disrespect any spirits dwelling beneath the earth.

What makes Trese more than just another procedural anime is how it weaves in the politics, culture, values and real-life horrors of Filipinos. The Philippines is a superstitious country, so much so that in World War II the CIA used the mythology of the Aswang as psychological warfare and succeeded. It’s fitting that the series opens with a clan of them terrorizing riders of a subway train. Episode three shows how deeply rooted Catholicism is through a misunderstood Tiyanak who desires more than what meets the eye. In another, a prisoner tells a cop, “With all the people you’ve killed, I expected tougher.” It reflects on the political climate in the current drug war, as the relationship between law enforcement and the city runs increasingly tense.

Steered by haunting plots, there was a missed opportunity to elevate the series with an overarching scare factor. The characters and settings are beautifully animated, the gore is beyond excellent and the stories are evocative… but it’s missing that “je ne sais quoi” – or, should I say, “espesyal na bagay” that makes it truly terrifying in the way that Death Note, moments of Paprika or The Junji Ito Collection succeeded. Its source material blurred the line between noir and horror, giving Manila its own bleak personality and a mood that is absent from the series. Fortunately, the lack of dread doesn't detract from the quality of the storytelling. Having more nightmare fuel just could have been the nice cherry on top, considering it’s already rated TV-MA.

There are options to watch in English, Japanese or Tagalog, the first featuring an ensemble Filipino cast of familiar voices with Shay Mitchell (Pretty Little Liars), Jon Jon Briones (Ratched), Manny Jacinto (The Good Place) and Darren Criss (Hollywood). The series is led by showrunner, executive producer and director Jay Oliva (Army of the Dead: Lost Vegas), who has worked on several Marvel and DC comic adaptations. After coming on board and reading the Trese graphic novel, he and the writers (Zig Marasigan, Mihk Vergara and Tanya Yuson) decided on which volumes to adapt for the inaugural season.

The Trese graphic novel was co-created by writer Budjette Tan and artist Kajo Baldisimo in 2005. In a conversation with the San Francisco Public Library, Tan shared the tale of a woman who refused to believe in the monsters that made the headlines of local newspapers. Then she noticed strange behavior from her six-month-old baby. The baby’s face morphed into that of a wrinkly old man, with eyes turned gray. Suspecting possession, the mother slapped it and commanded the evil to leave her child. Instead of crying, it turned towards her… as if provoking her to do it again. After praying for endless hours, the baby returned to normal. Tan revealed that this was from his childhood. In fact, he was the possessed baby. It’s a fitting origin story. Growing up around his family’s warnings of monsters outside informed the inspiration for his writing.

For the conception of Alexandra, the behind-the-scenes special Trese After Dark reveals she was originally envisioned as a male character, inspired by the likes of Batman, John Constantine, Fox Mulder and Gil Grissom. After seeing the first sketch, Tan realized there were too many male protagonists in detective stories. He told Baldisimo that Detective Trese should be a female. It was a wise choice, as proven by the multiple awards and accolades it received since then. There are seven volumes total, but as of now only the first three have U.S. releases. Vol. 1 "Murder on Balete Drive" is available, soon to be followed with Vol. 2 "Unreported Murders" and Vol. 3 "Mass Murders," which are listed for pre-order.

For those unfamiliar with Filipino horror and mythology, Trese is the perfect springboard. It has a total of six half-hour episodes, a quick binge that can easily be paired with Trese After Dark. The finale’s post-credits scene invites a possibility for a second season, which would be a welcomed event, but I personally found myself wondering what a live-action Trese could manifest into. It’s true that anime has a rough history with live-action adaptations, but as long as it stays true to what makes Trese great and commits to proper casting, there is potential for a fun supernatural detective film that may open the floodgates for new monsters.

I don’t expect a Fil-horror phenomenon to sweep America the way J-horror did anytime soon, but as a Filipino-American who grew up idolizing superheroes like Spider-Man and Spawn as a young girl, Alexandra Trese’s foray into a mainstream platform like Netflix is still a game-changer. It would have been incredible to see an icon of my family’s heritage out there, using her magic and prowess as the guardian between the supernatural and human realm.

Ultimately, the biggest triumph of Trese is how unapologetically Filipino it is with every fiber of its being. The characters, settings and themes are not interchangeable with other societies, it doesn’t attempt to Westernize itself, and that self-confidence reads clearly on its pages and on the screen. Considering the country’s 300-year long and painful history of Spanish colonization, Trese’s creation is a pure expression of love for its people… and that is a superpower in itself.