Humans were made for storytelling – especially scary stories. 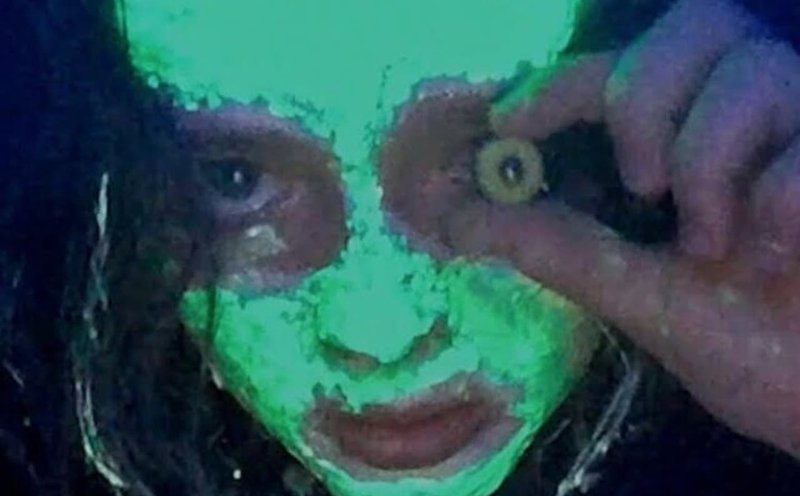 Our fervent love for film and how much we all collectively missed movie theaters during the pandemic has reinforced my belief that we were put here on earth to share stories. Considering we all come into this world screaming, that goes double for scary ones. The especially good campfire tales last much longer than the folks telling them. It was ancient Greeks in 700 BC that told the story of Cronus tearing his own son’s flesh apart with his teeth, later depicted in the 1800s by Francisco Goya’s gruesome Saturn Devouring His Son. Reports of a large flying man with ten-foot wings spotted over Point Pleasant in the 1960s were later brought to life in the 2002 film The Mothman Prophecies. I first read about the Leviathan not in pages of pulp but rather in Psalms one Sunday, bored and flipping through the bible in church.

I grew up indulging in the classic urban legends told with a flashlight pointed up towards your chin, the mainstays of any good sleepover. The old woman who reached under her bed to seek a comforting lick from her dog only to see it slaughtered in the corner under a bloody message: “Humans can lick, too.” The killer in the back seat – or sometimes the severed hook hand caught on the door handle – while two startled lovers make out in a car. My personal favorites were Bloody Mary and the sewer alligator that turned the bathroom into a den of horrors for my little brother. Most of the time, I’ve believed that we’re passing on these stories more than writing them, but watching the deeply unsettling and absolutely phenomenal We’re All Going To The World’s Fair made me remember my generation’s version of creating new cryptids and spinning horrifying yarns around the modern day campfire: scaring the crap out of each other the internet.

We’re All Going To The World’s Fair tells the story of Casey (Anna Cobb), a teen who decides to take The World’s Fair Challenge, an online horror RPG game, and document all of the changes happening to her thereafter. It’s haunting and, whether the changes are caused by the game itself or the anxiety of adolescence, the terror Casey feels is very real. The film takes such an empathetic look at a specific kind of isolated teen trying to scare herself and find connection on the internet, making this story an especially effective one for me, because I was that teen. I’d stay up late, hide from the world and join in the mutual dread brought on by chilling online RPGs and creepypastas. To the uninitiated, Creepypastas, a portmantau of creepy and copypasted, are user generated scary stories to be copied and pasted around the internet hoping to eventually reaching viral status.

We don’t give teenagers enough credit for their tolerence, considering puberty can feel like its own type of body horror. Our emotions are out of whack, and we’re learning about adult situations without the comfort of experience to guide us through it. For me, my formative years were made much more daunting by the discovering of Queer Feelings. As a young horror fan I wasn’t so much afraid of the Invisible Man as I was deeply jealous of his ability to go unnoticed. The internet wasn’t a place where I hid behind a keyboard – it was the first place I could really be myself. My name was different and I described myself as a much thinner, hotter person, but my desires and interests were the ones deep inside me that I wanted to explore. It’s where I got to be a witness and participant to the creation of the new urban legend pantheon.

While I consider the first whispers of internet horror to be the early chain letters promising bad luck to those who refuse to pass it along, the earliest recorded creepypasta was 2001’s Ted the Caver. Ted the Caver first appeared on an Angelfire website as a series of blog posts detailing strange findings as Ted and his friend Brad explored a series of caves they found that gradually became more supernatural and presumably led to their untimely end. Probably the most famous creepypasta, Slenderman, was believed to have originated (although this is not confirmed) sometime in 2008 in a Photoshop contest depicting him as a tall, faceless, tentacled figure standing in the background of a black and white photo of children playing. This later spawned fan art that added lore that he would kidnap children. Eventually stories began to expand on the myth by writing posts about various phenomena caused by his presence, such as paranoia, memory loss and coughing fits. Frankly, earlier portrayals were pretty tame until YouTuber MarbleHornets created a series of video entries about footage they “discovered” that centered around a friend’s disappearance. The story involved their version of the Slenderman, dubbed The Operator, that really brought the character to new bone-chilling heights. Slenderman is now a part of our horror zeitgeist, having appeared in video games, movies, and countless memes. From inception to development, Ol’ Slendy is the internet’s baby – and he’s not the only one.

My personal obsession and my earliest introduction to found-footage was the collaborative fiction project, the SCP Foundation. SCP – Secure, Contain, Protect – was less a collection of stories and more like stumbling upon the redacted files of a Men in Black-style organization, if the aliens were more “Lovecraftian nightmare” than “little green man with a Queens accent.” The series first began in the paranormal forum /x/ on 4chan, detailing containment procedures of this organization's catastrophic findings that would eventually become a website featuring over 6,300 stories. The canon of the SCP Foundation was created by collaborative writing. An entire modern fable created using, essentially, Wikipedia as the format. It lives on still in podcasts, video games and, eventually, printed collections.

While the creations of new creepypastas slowed down significantly around 2011, these stories are morphing into new, everlasting mythology. The story of Candle Cove eventually inspired the first season of Channel Zero, a horror anthology series that bases each season on creepypastas and stories spun on Reddit’s r/NoSleep.

While not every entry into the world of online folk horror was a slam dunk and even more were, upon creation, far from perfect, neither were the first utterings of the Jersey Devil, Bigfoot or the Chupacabra. It was through the molding of many storytellers that they became eternal. Scary folk tales belong to the collective, we all have a hand in making them. They chill us, sure, but they also connect us. With the internet linking so many communities across the world, we’re all lucky enough to witness in real-time (and maybe even shape) the creation of our cultures’ modern folklore.