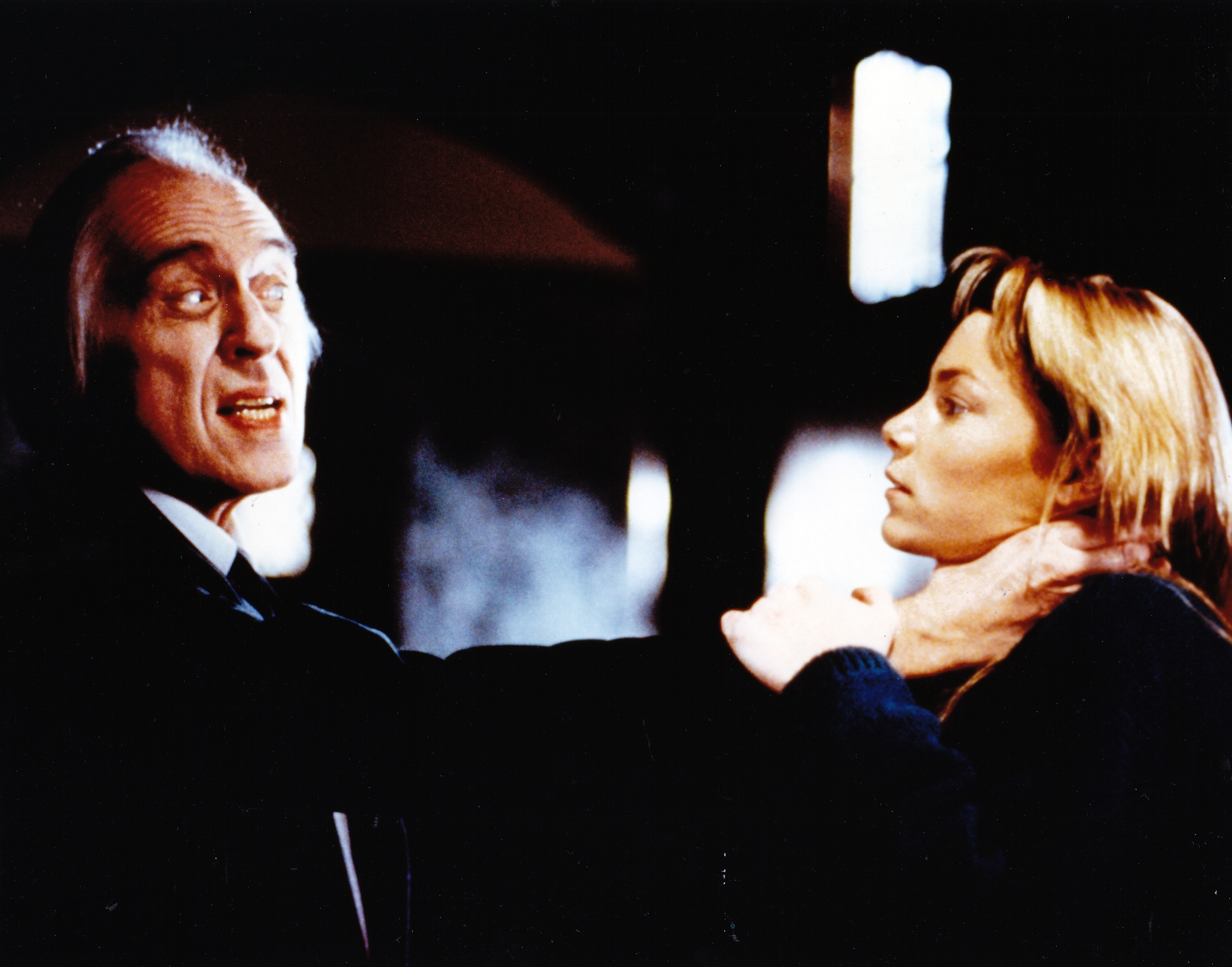 The Tall Man, cover boy for FANGORIA No. 75, doing the most.

y partner Maria and I had just gotten our first gig with our new company Hello Boss Effects.  It was a trailer for a horror film, and we needed several gallons of blood. I decided on one Saturday morning to get the blood supplies at Smart and Final Iris restaurant supply. Although various makeup suppliers had dozens of types of movie blood, I had always made my own from Dick Smith’s formula, the one he came up with for Midnight Cowboy and later refined for The Godfather, Taxi Driver and The Exorcist.  Dick’s blood was the best.

The previous day, I had taken a stack of FANGORIA and Star Trek Voyager magazines into my class as my students had asked to see some of my work in articles. I had not bothered to remove the magazines from the front seat the next morning; I just grabbed coffee and took off to get the blood-making stuff. As I made a left turn into the street by Smart and Final — bam! — a BMW slammed into the right side of the rear of my Volvo.

We both pulled over. A woman hopped out of the BMW. It was a pretty minor collision and the fault appeared to be 50/50.

The woman and I exchanged driver-license info, then she said, “I feel uncomfortable dealing with this type of thing. Do you mind if I call the police to come handle this?”

A few minutes later, a Pasadena police car arrived with one officer, a tall blond guy. He conferred with the woman, then came over to me. I handed him my license and registration.  He went to his car to run us both. He spoke to the lady again; she drove off as the officer came over to me again.

“Are you aware you have an outstanding ticket?” he asked.

I shook my head, surprised but not concerned. “From when?”

I noticed him glance into the passenger window of my car, then back to me. “It’s gone to warrant,” he said.

“What does that mean?” I asked. The question had barely left my lips when I recalled the polite, smiling L.A.P.D. motorcycle cop who had given me a moving violation citation eight years before — we had even shared a few jokes together — but until that moment I had forgotten all about it.

The Pasadena cop brought me back with: “It means I have to arrest you and impound your car.”

“You’re kidding, right?” He told me he wasn’t. Then, instead of reaching for handcuffs, he looked in my passenger window again. I could now see that the collision had knocked the magazines all over the seat and floor. He reached in and picked up FANGO #75, with the melting Tall Man gracing the cover.

“Are you a FANGORIA and Trek fan?” he asked.

“I used to work on Voyager,” I replied, “and I’m in some of the FANGORIAs there.”

“No kidding?” he smiled. “Which ones?” I was too stunned at the prospect of being arrested to answer. The cop thumbed the FANGORIA pages. He said, “I think I’ve got most of these issues at home. Used to read this all the time.”

Then the last thing I expected happened. “Tell you what,” the cop continued. “I’m going to look through a few of these magazines, say for about 30 minutes … and if you can call a friend to come drive your car and another to pick you up, I won’t take you to jail and I won’t impound your car.”

“You can do that?” I asked.  “Well, I’m technically not supposed to …” and then he smiled and said, “But there’s this thing called officer’s discretion.” He opened a FANGORIA and began to read.

It’s always the blood that gets you into trouble. Or out of it.