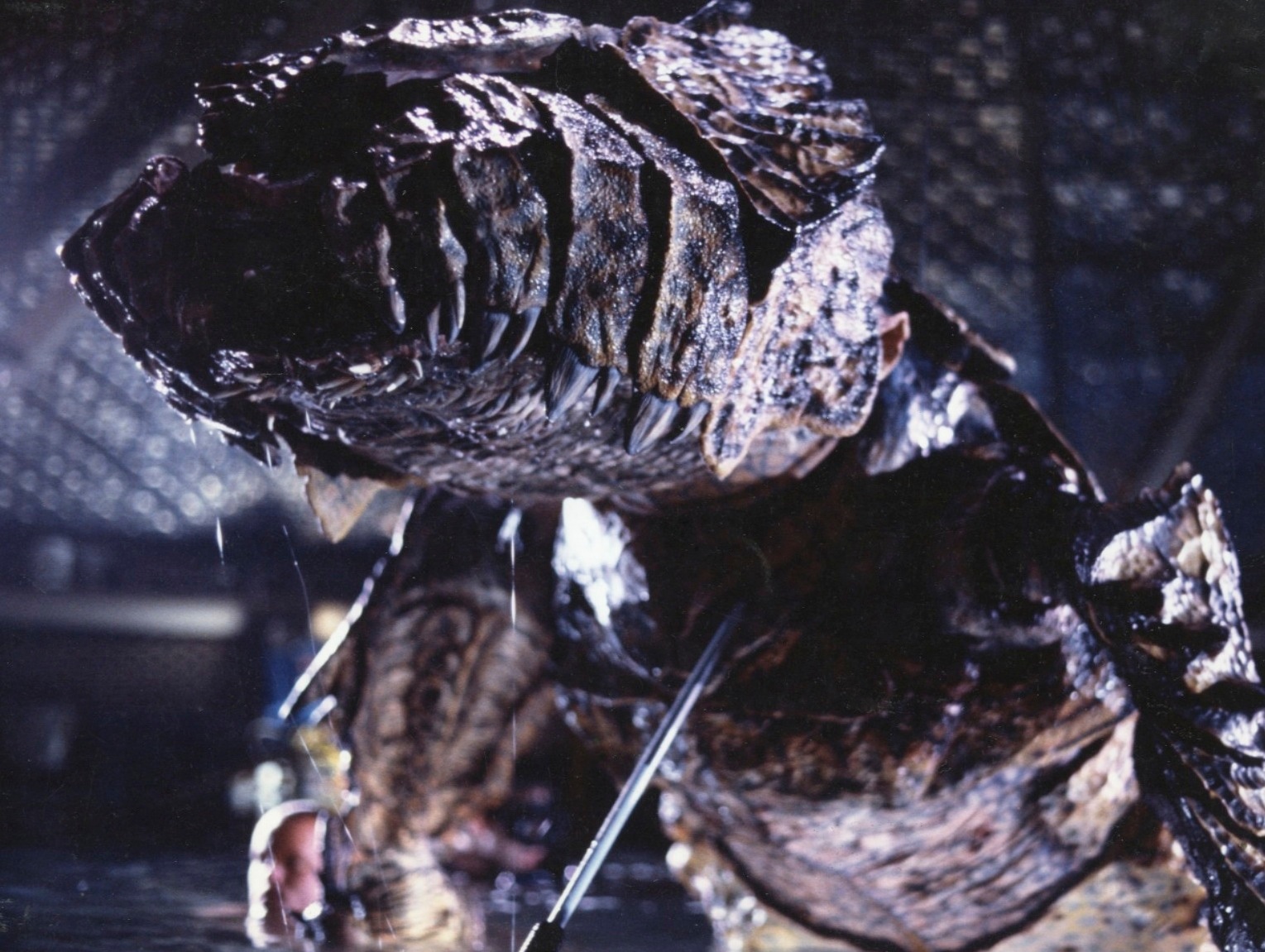 uring my teaching years, students would often ask about different aspects of the film business. If it were a question about what a certain actor  like, I’d blow those off. Those questions weren’t relevant to learning what could prepare them for life on the set. I always tried to get students to think for themselves, so once during a sculpting class, when 22 students were having trouble focusing, I threw a question at them: “There are two words that describe the film business and any aspect of it. What do you think those two words are?” I could see their wheels turning and elaborated: “Any aspect, from an actor creating a character, to a producer whose location has been ruined by rain, to a craft service guy trying to get pizza for a hundred people at three in the morning. Two words describe all of these.”

Everyone went silent, thinking. If I had known that this question could get a class to quiet down, I would have used it years earlier. Then their answers started to come. “Time and money?” asked one girl.

I shook my head.

“Fame and fortune?” asked another student.

“Work and creativity?” asked a third.

The entire class stopped yakking, with each person now mulling over what the two words could be. It was more than two hours before one girl came up with the answer. “Problem-solving?” she ventured.

“You just won a brand-new Edsel,” I said.

Sometimes the biggest issue is making something work when it isn’t. Sometimes it’s preventing small problems from becoming bigger. Or mitigating problems before they can happen. All can occur during prep or when shooting on-set. Slow-downs cost money. In relation to problem-solving, I learned early on: Always deliver, and always deliver on time

During prep for Evil Dead II, I spent a full week sculpting Henrietta’s body suit. There was a lot of detail in the sculpture. The fiberglass mold for it had to be perfect for the suit to work. My plan was to hire my pal Steve Patino, who said he could make the mold. My two-pronged problem was that Steve had botched the body form of Ted Raimi that I was sculpting on. I had to repair it by hand, which took two days off my sculpting time. The second problem was that Steve was my good friend. I hated being in that spot, but I had big concerns over the Henrietta mold. If it had holes, a bunch of guys would have to spend days repairing them for each of the two suits I planned to make. We had a week left to make them and ship them to North Carolina for shooting.

I slept on it and came to my decision. I phoned Steve and told him I couldn’t risk having a flawed mold. Steve assured me he would do a great job. I said I was sorry, but I couldn’t take the chance at this late stage. The affair created a rift in our friendship for a while. I felt bad, but at the same time, I couldn’t risk not being ready on time. I’d been put in a position like that with one of my crew guys on a previous film. That one was seriously scary, the only time I came close to not delivering. I never hired that guy again. For Henrietta’s mold, I brought in Don Pennington. I had originally thought of him for the mold, but he was far more expensive. Steve was my friend and I am a loyal guy, so I initially hired Steve. Don ended up costing more than three times what Steve was charging, but the mold was flawless and on time.

I patched things up with Steve, and two years later brought him on to do the DeepStar Six creature fiberglass molds. Even though we were friends, I told him, “If you fuck this up…” Steve ended up doing a good job. We had a few minor repairs, but nothing major and no delays.

Another problem-solving incident occurred during DeepStar Six. It was a Friday on the set at Marina Del Rey. We were filming in four feet of water. The specific shot that Sean Cunningham wanted was the creature shooting its head out of the water and the jaws blasting open. It was, in his words, ”the money shot."

In our prep for filming the creature, we had done water tests in the pool of first assistant director Peter Gries’ house. Dave Kindlon’s animatronics and the mechanical creature moved beautifully. Stuntman Doug Simpson pushing the stunt head out of the water worked great. Doug said the head was resisting him because of the water pressure, but felt he could pull it off.

The idea up to that point was to use the stunt head for the quick burst, and I felt it would go smoothly; except now, Sean wanted to use the mechanical head for the shot. That wasn’t in the plan, but I agreed with Sean that it would be a cooler shot. Producer Patrick Markey then said, “We’ll shoot it Monday. Do whatever it takes to make it ready over the weekend.”

Now I had to find a way to make the mechanical head move and perform in ways it wasn’t designed to. I conferred with my animatronics expert, Dave Kindlon. Dave is a genius at this stuff and an all-round nice guy. Yes, he could make it work by Monday, and he outlined what he would need. The solution was basically a large chunk of money for new equipment, and for Dave and three associates to work straight through the weekend. I signed the check and went home. There wasn’t much to say. Ten thousand dollars and 100 man hours later, Sean got his shot on Monday morning.

‍Mark Shostrom began his 35-year career at the birth of the golden age of practical makeup effects in 1980. He designed the special makeup for cult classics Evil Dead II, A Nightmare on Elm Street 2 and 3, From Beyond and Phantasm 2 and 3. Moving into television, he won Emmys for The X-Files, Buffy the Vampire Slayer and Star Trek: Voyager. He can be found on Twitter and Instagram under his commonly used pseudonym @markshostrom. His blog is https://markshostrom.weebly.com.    ‍