Locked Inside A SPIRIT HALLOWEEN Overnight? Don't Threaten Us With A Good Time! 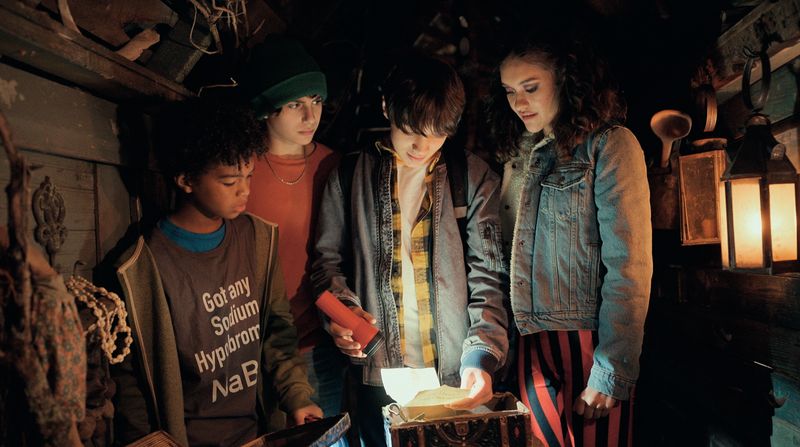 Today, we have been treated with a second trailer for the upcoming Spirit Halloween movie. Inspired by Halloween superstore, Spirit Halloween, Spirit Halloween: The Movie centers on three middle school friends who spend the night locked inside a Spirit Halloween store, only to discover that the store is haunted. Is that a dream, or a nightmare? Guess it depends on who you ask! The vibe here is classic '80s tween adventure films with dashes of modern classics like Goosebumps and Stranger Things.

Christopher Lloyd playing what appears to be a Scrooge-like meiser, making the mistake of pissing off the wrong witch, and bringing a giant curse into play. According to the bit of lore we get in the trailer, for one hour on the anniversary of their deaths, restless spirits are able to possess things... or people. We'd likely go with possessing one of those zombie baby dolls, "zombabies."

Spirit marks David Poag's feature directorial debut, and stars Christopher Lloyd, Rachael Leigh Cook, Marla Gibbs, along with our young heroes, Donovan Colan, Marissa Reyes, Jaiden J. Smith, and Dylan Martin Frankel. “Spirit Halloween has an incredible and engaged fan base, so when we heard Hideout Pictures was interested in making a film inspired by our store and product, we knew our fans would go crazy for it,” said Kym Sarkos, Executive Vice President at Spirit Halloween. “We partnered with the movie production company early on to ensure that everything from the store layout to the animatronics themselves felt authentic to our brand and would bring to life the magic that our fans know and love about Spirit Halloween.”

You'll have the chance to catch this on the big screen, with a limited theatrical release beginning September 30, as well as special event screenings taking place that same weekend at the Nashville Film Festival and Popcorn Frights Wicked Weekend in Ft. Lauderdale, FL. But fret not! If you can't make it to one of those screenings, you can watch from home when it hits VOD platforms on October 11 followed by DVD and soundtrack releases later that month.