Apple TV+ is putting out an 8-ep adaptation of the Stephen King novel. 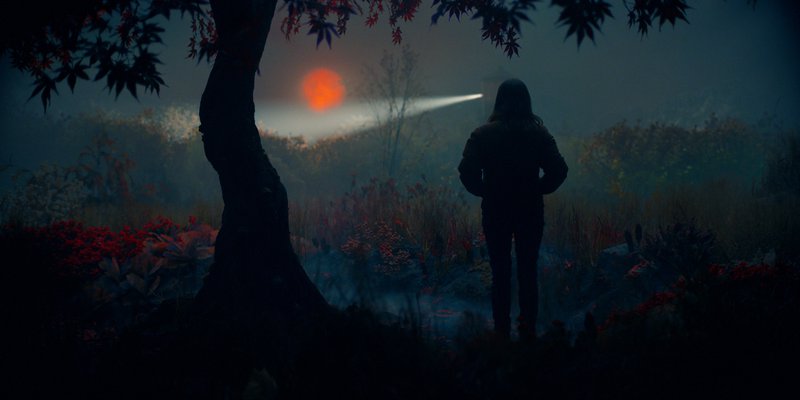 Apple TV+ has released the trailer for its eight-episode adaptation of Stephen King's Lisey's Story, directed by Jackie's Pablo Larraín from a teleplay by King himself:

This is a very thorough look at the dreamy, haunting tone of Lisey's Story, which really does put me in mind of a sort of horrific Jackie. Lisey's Story is one of King's most underrated works, a fascinating examination of grief, identity and memory, and it feels like this series will certainly do his tale justice (it helps that he's so closely involved, of course). In this 2017 Variety interview, King lists Lisey's Story as his novel that he'd most like to see adapted as a television series:

“Lisey’s Story” is my favorite of the books and I would love to see that done, especially now that there’s a kind of openness on the streaming services on TV and even the cable networks. There’s more freedom to do stuff now and when you do a movie from a book, there’s this thing that I call the sitting on a suitcase syndrome. That is where you try to pack in all the clothes at once and the suitcase won’t close, so you just sit on it until it latches. And sometimes when it comes down on the baggage carousel, it busts open and your dirty laundry is everywhere. So it’s tough to take a book that is fully textured and has all the wheels turning and do it in two hours and 10 minutes. But as a TV show you have 10 hours, there’s always the possibility of doing something like “The Handmaid’s Tale,” which is extraordinary.

So all of this is very promising! The first two episodes of Lisey's Story will hit Apple TV+ on June 4th, and the cast is fantastic: Julianne Moore, Clive Owen, Joan Allen, Dane DeHaan, Sung Kang, Jennifer Jason Leigh and Ron Cephas Jones all star. If you haven't read the book, there's still time, and here's the official series synopsis:

Based on the novel by Stephen King, this terrifying thriller follows widow Lisey Landon (Julianne Moore) as a series of disturbing events revives memories of her marriage to author Scott Landon (Clive Owen) and the darkness that plagued him.