CHILDREN OF THE CORN, THE SHINING, FEAR STREET and more in this month's needle drop news! 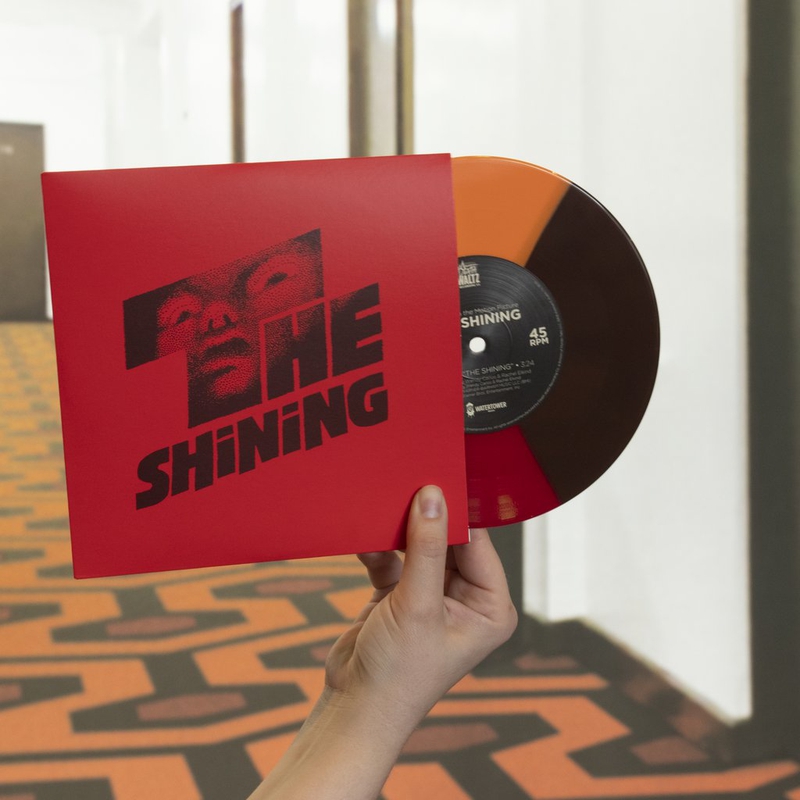 Music accomplishes so much in horror films: sets a tone, announces impending terror, punctuates or amplifies a bloody punch line. Sometimes it does its job so well that it creates dread because it isn’t there when we expect it to be. Dun dun dun! But technology and technique throughout cinema history have created these invisible associations that we make for certain experiences we have as viewers, and more broadly, certain eras of filmmaking, be it when Italy created a cottage industry trying to duplicate the impact of Hitchcock’s Psycho with gialli, when children’s choirs accompanied lush orchestras for the genre’s first big studio blockbusters, or when synthesizers allowed filmmakers to cut costs while still making an emotional impact in the 1980s. There are of course variations and granular differences among the pieces of music that became synonymous with those subgenres and time periods, but as audiences, the textural building blocks that made them create indelible memories we associate with a certain kind of film, or more often, a formative viewing experience.

This week we start with one of those for yours truly: Children of the Corn, a movie that I probably saw piecemeal more times in Saturday afternoon syndication broadcasts than I did in dedicated start-to-finish screenings (cut me some slack, I was eight when it came out). The main theme immediately conjures images of a desolate strip of small-town America, and the deadly mysteries lurking out among the corn stalks; composer Jonathan Elias created music for trailers (including Blade Runner and Back to the Future) before he created it for actual films, and the combination of children’s voices and ambient keyboards feels like a promise of what’s to come in the story. The rest of the music brilliantly juxtaposes vocal chants, sweeping woodwinds and a smattering of mid-’80s synthesizers to create an atmosphere of sinister devotion for the “children,” and certain death for adults unlucky enough to cross their path. 1984 Productions’ terrific new LP release collects all of the original seventeen cues from the, well, 1984 release on colored vinyl (clear, orange, red or yellow) in deluxe gatefold packaging, original artwork and a new interview with Elias.

Ship To Shore Phonograph Co. has been around for eight years, but their soundtracks and scores are only part of the library they have assembled. Like many of their competitors, they focus on a combination of fascinating obscurities and slam-dunk perennial favorites, and in recent weeks they released (or are releasing) Joe Renzetti’s Dead & Buried, Walter Rizzati and Alessandro Blonksteiner’s House By The Cemetery, and Jay Chattaway’s Maniac Cop. The release of Renzetti’s score on LP marks the first time it’s ever had a physical release — one commemorating the film’s 40th anniversary — and it might be the most interesting of the three: he seems to follow stealthily in the footsteps of Bernard Herrmann and his score for Taxi Driver, using piano and languid saxophone, then pivots into plunking piano, xylophone and orchestra to create a sense of urgency and paranoia. If the other two are decidedly better known, this is a great title to take a chance on, even if you haven’t seen the film.

House By The Cemetery, on the other hand, was released by Death Waltz Recordings back in 2013, so it may be marginally more recognizable, or available. But buying habits for horror collectors between then and now have changed, especially for vinyl, and this record offers a fantastic presentation of the work by Blonksteiner and Rizzati, two slightly lesser-known luminaries who team up to create an eclectic and extremely effective score, from Rizzati’s “Quella Villa,” which sounds like a track Juan Piquer Simon might have licensed for Pieces, to “I Remember,” an organ-driven track that would feel at home in an Argento film, to Blonksteiner’s “Blonk Suspense,” which uses heavy reverb on repeated piano notes like a monster in the basement while synthesizers crash overhead like divebombing birds. They cover so many bases, capturing everything from the zonked-out menace of a ‘50s sci-fi theme to the elegiac beauty of European sexploitation, that this record is not just a great keepsake for fans of Lucio Fulci’s film but actually fun to listen to, a quality whose importance cannot be overstated as a soundtrack collector.

Jay Chattaway’s horror work oozes with a beautiful kind of ‘80s New York sleaze, making him the perfect composer for, say, Bill Lustig’s Maniac and later, Lustig’s Maniac Cop. Whether it hurt or helped his ambitions that Lustig was always a fairly low-budget filmmaker, the results are undeniable; and on Maniac Cop, he uses synthesizers and a small group of live musicians, which gives each emotional punch a unique sense of intimacy. Suffice it to say that by 1988, horror scores had shifted confidently into synth-driven instrumentation, owing to their relative inexpensiveness and technology that could build out a lot of interesting sounds for a filmmaker willing to take a few risks. This score maximizes all of those qualities as he uses very delicate keyboards to create a sense of ambient mystery that he strategically punctuates with more propulsive sections, for music that stands a bit on the shoulders of Brad Fiedel’s music for The Terminator but branches off into intriguing original directions.

Mondo continues to expand the boundaries of their own library with titles from all different genres — so many of them must-haves, but not always ones immediately appropriate for a horror score column. That said, what they were able to do during this year’s Comic-Con At Home was nothing short of extraordinary: they released a 7” single of Wendy Carlos and Rachel Elkind’s main theme to Stanley Kubrick’s The Shining. I honestly cannot imagine what sort of hoops Mondo had to jump through to secure permission from the Kubrick estate for the record, but the disc marks the first time in over 40 years since this track was released on vinyl. Paired with “Rocky Mountains,” the only two Carlos/ Elkind compositions on the original LP, they’re pressed onto multi-colored vinyl and housed in a sleeve bearing one of two versions of the iconic title treatment created by none other than Saul Bass. (The red was Bass’ favorite, but whatever color you get, this is a truly unique treat — although Mondo has hinted at other Kubrick-related releases to come.)

Finally, and in returning to the original premise of this month’s column, comes the scores for Netflix’s horror trilogy Fear Street, composed by Marco Beltrami along with a unique collaborator for each film. Waxwork Records is releasing a deluxe 3xLP edition of the scores which may or may not be good for some viewers who prefer one or two films to the others, or maybe just don’t like one at all. But what Beltrami does exceptionally well with these scores is absorb the influence of films from the eras (well, at least for the entries when film existed) to create a beautiful musical continuity, and then build upon that with themes that run throughout the entire trilogy. Working with Marcus Trumpp on Fear Street 1994, for example, Beltrami effectively quotes his score for Scream with a bombastic, muscular update of slasher-movie cues; and then in his collaborations with Brandon Roberts on Fear Street 1978, he pilfers shamelessly from Harry Manfredini’s iconic work on the Friday the 13th series. But what’s great about a cue like “Crazy Eyes” is that he’s not lifting the “ki-ki-ma-ma” stuff we associate with Jason Voorhees, but the swirling, off-kilter strings that Manfredini used to generate mystery and unease in between murder scenes.

That he folds in a lot of other influences throughout reiterates Beltrami’s versatility, if also Leigh Janiak’s sometimes kitchen-sink approach to covering the bases musically in these films. (Honestly, if there’s a central virtue to acquiring the scores to listen to in Waxwork’s set, it’s the elimination of the wall-to-wall needle drops, especially in Fear Street 1978, that likely maxed out the production’s music budget but added less to the emotional heft and intensity of the films than Beltrami’s work does.) He and his Fear Street 1666 partner Anna Drubich zero in on some of the mystical qualities of the previous scores and the build-out music for a finale that strips out the more contemporary sounds for something you might imagine you would hear in Wicker Man, although more likely it would appear in something like The Witch. Regardless of which film you prefer, they all cleverly evoke a different and specific time and place with their music, and are terrific works even if they deliver a slightly more oppressive listening experience than, say, Rizzati and Blonksteiner above. But then again, that itself is a hallmark of horror film scores in 2021: like a flashlight probing down a dark hallway, they aggressively show the audience where to go.