MAD GOD, THE HOWLING, AN AMERICAN WEREWOLF IN LONDON and HELLBENDER added to the program! 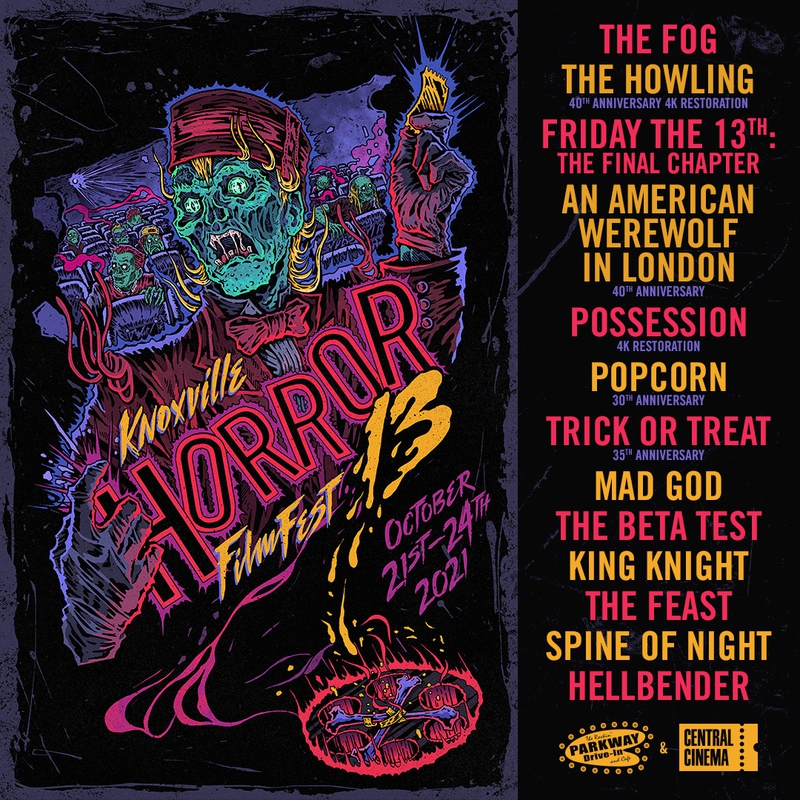 The thirteenth annual Knoxville Horror Film Fest returns with events split between Maryville, Tennessee’s Parkway Drive-In and the festival’s home base at Central Cinema. The festival has added Rialto Pictures’ new 40th anniversary 4K restoration of Joe Dante’s The Howling, An American Werewolf In London and SFX genius Phil Tippett’s years-in-the-making stop motion feature Mad God to the lineup. KHFF at the drive-in opens with a killer triple feature — John Carpenter's The Fog, The Howling, and heavy metal cult classic Trick Or Treat. Friday night's triple feature will treat festival-goers to Friday the 13th: The Final Chapter (1984), An American Werewolf In London (1981) and Mad God. Both evenings at the Parkway will also include horror-adjacent vendors;

Grab your camera and make a fake movie trailer for the KHFF Grindhouse Grind-out Filmmaking Competition! Details on that below:

The tenth annual KHFF Grindhouse Grind-out Filmmaking Competition (in which teams of local creatives are given two weeks to produce a fake movie trailer) will kick off at 6 pm on Wednesday, September 22 at Central Cinema and shoot through October 6, with the resulting trailers screening at Friday’s KHFF drive-in program. Teams can register now for $40 through the KHFF website.

To purchase tickets and for more information, visit the official KHFF website.