JUST DESSERTS: THE MAKING OF CREEPSHOW Is Now Available Via SCREAMBOX 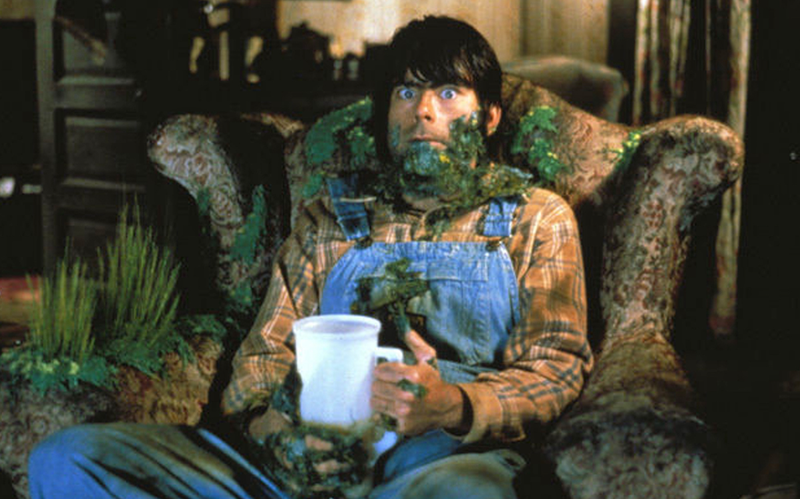 As just announced by the good folks over at Bloody Disgusting, Michael Felsher's 2007 documentary Just Desserts: The Making of Creepshow is now available to stream via BD's all-horror streaming service, Screambox. Featuring interviews with many of that film's cast and crew (including late director George A. Romero, Tom Savini, Adrienne Barbeau and Ed Harris), it sounds like a must-watch for anyone who considers themself a fan of that iconic horror anthology.

"In 1982, Author Stephen King, and Director George A. Romero collaborated on a feature-film tribute to the popular, and often controversial, EC comics of the 1950s.

Told through five terrifying tales of terror, Creepshow was a hit with critics and audiences alike and has become a venerated horror classic over the past four decades since its release. With an all-star cast, and featuring gruesome and groundbreaking creature and make-up effects by genre legend Tom Savini, Creepshow stands as a horrific and often hilarious tribute to the stories that helped influence (and corrupt) a generation of writers and filmmakers, and now the tales behind the creation of this chilling masterpiece can finally be told!

Just Desserts: The Making of Creepshow is filled with rare behind-the-scenes footage, photographs, and other exciting memorabilia, and features over a dozen interviews, including George A. Romero, Tom Savini, Adrienne Barbeau, Ed Harris, Tom Atkins, and more.”

Incredibly, despite my known and abiding love for all things Stephen King, I've never had the opportunity to see Just Desserts, and I'm pretty damn excited to finally have the chance! If this one's even half as good as last year's Pennywise: The Story of IT (also available via SCREAMBOX, don'tcha know), I'll be a very happy camper, indeed.

Get signed up with SCREAMBOX here, and do stay tuned for further Stephen King-related updates as they roll in (including this one from earlier today)!