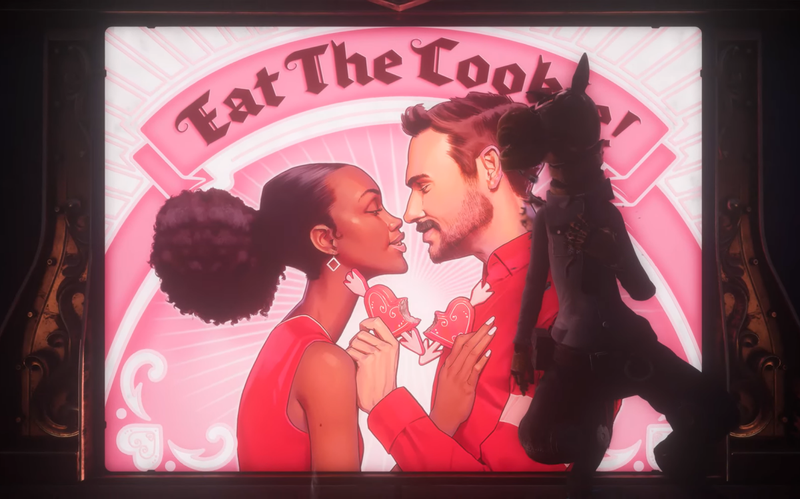 Last night, the 2022 Game Awards unfolded in Los Angeles, and along with a star-studded roster of guests and presenters (was that Al Pacino?), a number of highly-justified awards (Elden Ring winning Best Game of The Year? We'll allow it), and one major security breach that allowed the ceremony's stage to get crashed (if you don't know, don't ask), viewers were also treated to an avalanche of brand-new game trailers, many of which kicked a righteous amount of ass.

We're not gonna run individual posts for each and every trailer that debuted, but there is one title that seems particularly worthy of our attention: Judas, the new game from legendary Bioshock creator Ken Levine.

Prior to the debut of the Judas trailer, details surrounding the game were hard to come by. We knew Levine, heading up a new 2K subsidiary by the name of Ghost Story Games, had been developing the title for years. We'd also heard that the game's lofty ambitions were causing said development to move along at a glacial pace, and that the title might involve being trapped on a disintegrating space station while caught between multiple warring factions.

Last night's trailer seems to confirm at least some of that scuttlebutt. Take a look!

Well, this looks awesome. It also looks very much of a piece with Levine's Bioshock series, not to mention the series that predated it - System Shock. The first-person perspective's there. The apparent integration of weaponry into the flesh is there. You've got your freakshow supporting characters (we're not sure what to make of the weirdos this trailer introduces us to, but we cannot wait to learn more), your bizarre enemies, the ability to use the environment to your advantage during a close-quarters firefight. It certainly looks ambitious, but what else would anyone expect from Levine?

As you might expect, further details regarding the game are once again very scant. We have no projected release date for this one, and only the vaguest of ideas concerning Judas' plot, but you can bet your ass we'll be keeping our ear to the ground for further updates on Levine's latest as it works its way through production. Stay tuned for those as they roll in, folks.