Invisible Guys Are Either Nazis Or Pervs 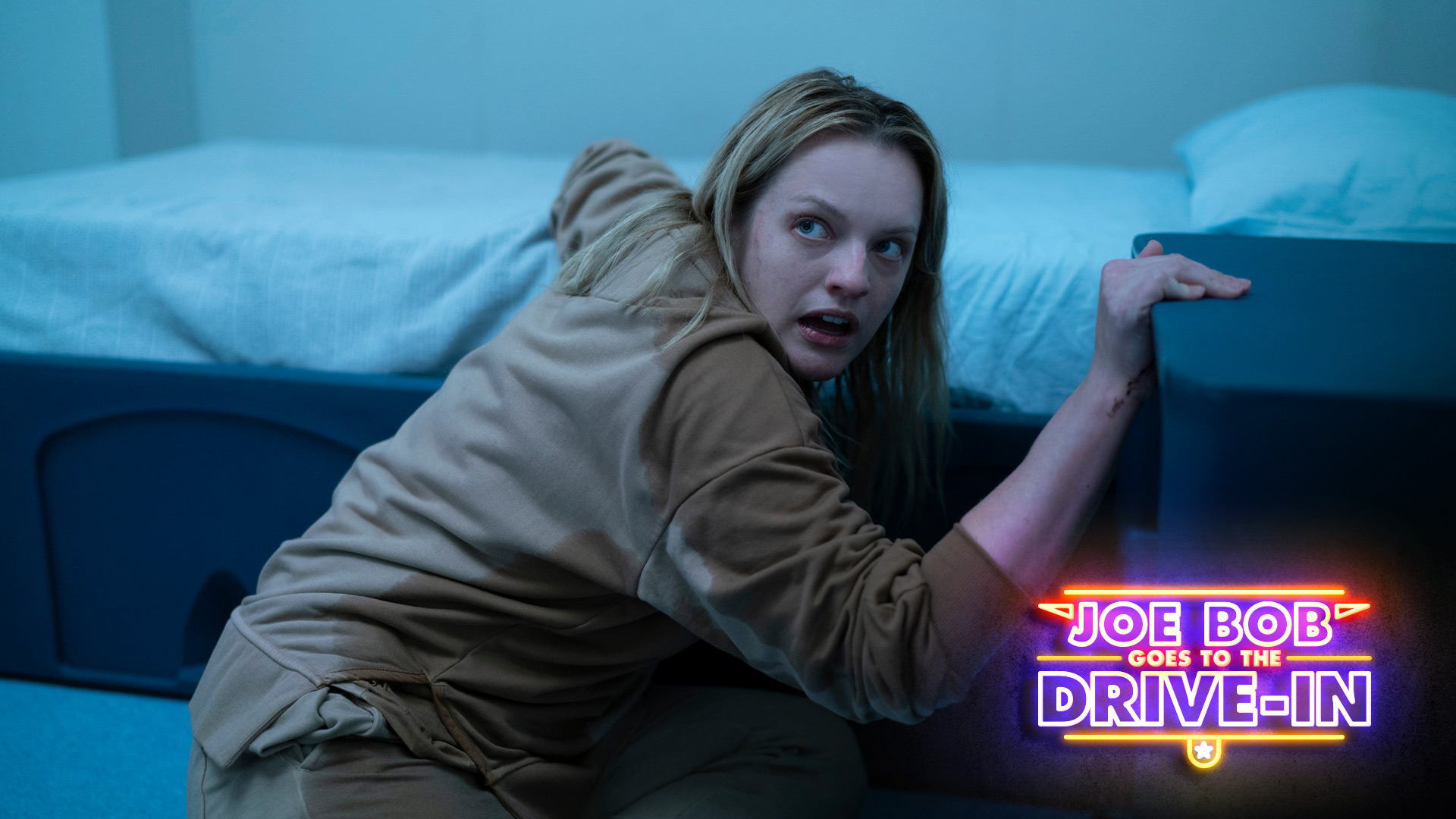 Invisible Guys Are Either Nazis Or Pervs

EL SEGUNDO, Calif.—As soon as you become invisible, you also become a jerk

I guess H.G. Wells knew this already when he serialized The Invisible Man in Pearson’s Weekly in 1897. Any scientist who works on the art of disappearing isn’t doing it so he can be a secret Santa Claus, anonymously distributing gifts to crippled children. He’s doing it for one of two reasons: world domination or sexual perversion.

How do I know this?

Because every writer who’s wrestled with the concept always ends up in one of those two places. The original melodramatic story, which takes place in rural West Sussex, on the English Channel, has the deranged Griffin eventually proposing a “reign of terror” so that he can control the British Empire, not so much to profit from his power as to simply enjoy the power itself. Claude Rains, in the 1933 Universal classic directed by James Whale, is slightly redeemed by the tacked-on subplot of his selfless love for Gloria Stuart, but he still wants world domination through murder. Vincent Price in The Invisible Man Returns doesn’t care about power—he’s simply trying to prove he’s an innocent man sentenced to death for murder—but his motive for transforming is still selfish. Rob Griffin in The Invisible Man’s Revenge is seeking vengeance through murder. Stanley Price in The Invisible Monster is building a ruthless invisible army. In fact, invisible-army-building would become a trope, reprised as a motivating force in both Edgar Ulmer’s The Amazing Transparent Man and Fritz Lang’s The Thousand Eyes of Dr. Mabuse. I’m not even mentioning those invisible alien armies who seek domination of this world for the benefit of their world by taking over dead bodies, beginning with scientist John Carradine’s, in Invisible Invaders, an idea explored more successfully in John McTiernan’s Predator.‍

And then there are the guys who like to molest the babes. In the golden age of sexploitation—after the 1957 Supreme Court decision on nudity but before the era of legal pornography in the seventies—there were quite a few invisible Peeping Toms, including Harvey Shain in Henry’s Night In as the henpecked nerd who becomes invisible every time he sneezes, using that power to have his way with married women when their husbands are gone. Various plots featuring invisible molestation continued well into the eighties and nineties with films like The Invisible Kid (Jay Underwood as a teenage scientist who uses a formula mixed with pigeon droppings so he can ogle girls) and The Invisible Maniac, in which Noel Peters keeps ripping women’s blouses off, including that of Shannon Wilsey, soon to acquire porn superstardom as Savannah.

The female version of invisibility, on the other hand, never took root, being considered suitable for comedy only, beginning with Universal’s The Invisible Woman, which starred Virginia Bruce and featured Shemp Howard among many other slapstick vaudevillians, and continuing through the unbearably cute TV-movie of the same name starring Alexa Hamilton as a reporter who drinks a formula mixed by Bob “Gilligan” Denver’s pet chimpanzee, becomes invisible, and uses her power to get journalistic scoops.

You can search high and low for protagonists who use invisibility for good instead of evil, but all you’ll find are weak entries like Invisible Agent, a World War II programmer in which Jon Hall uses a secret formula to fight the Nazis, or James Wong Howe’s Invisible Avenger, one of several movies about the superhero exploits of The Shadow, who was not technically invisible but had the ability to cloud men’s minds so that they couldn’t see him. The hodgepodge of unrelated Shadow movies pretty much bottomed out in 1994 with Alec Baldwin’s version, which is now considered one of the worst comic superhero adaptations in history.

No. Once you go invisible, you must go to the dark side. Given a world where there are no consequences for our actions—where we won’t be noticed—we’ll always turn vicious. Paul Verhoeven, master of excess, proved this beyond any doubt with Hollow Man, in which scientist Kevin Bacon becomes a rapist, animal killer and mass murderer—because he can.

You know where I’m going with this. Leigh Whannell, the Australian actor of Saw renown, notices all this darkness and asks the question, “What kind of criminal is already invisible in real life, so the metaphor won’t seem hokey?”

And, of course, the answer is The Stalker. The abusive boyfriend. The controlling male manipulator who specializes in violating protective orders. You can’t always see him, but he’s always there and he’s always scary. Whannell wrote and directed a script for the new Invisible Man that incorporates every nuance of living with the constant fear of knowing you can be assaulted, kidnapped or killed at any moment. He put together the two invisibility themes of the past 90 years—domination and perversion—and combined them into a menacing villain that doesn’t rely much at all on anything science fictiony. The technology seems reasonable and that makes the terrorism more real.

Universal hooked up with Whannell at the perfect moment. Stung by the failure of Alex Kurtzman’s The Mummy, the studio was abandoning the idea of a “Dark Universe” franchise in which classic Universal characters would move seamlessly from movie to movie, deciding instead to simply find talented writers and filmmakers who would revivify the old monsters and madmen with stand-alone reimaginings. The James Whale Invisible Man was so far down the list of likely reboots that, when the time came to partner up with Whannell and Blumhouse, it had already been in development for 12 years and didn’t inspire anything more than a $7 million budget. (The Mummy’s budget, still a secret after all this time, was rumored to approach $195 million.)

The result is a brilliant success, thanks to the palpable vulnerability of Elisabeth Moss, the 30something actress coming into her own after brilliant stints on Mad Men and The Handmaid’s Tale, and two decades ago as a teenager on The West Wing. She’s one of those lifelong El Lay Scientologists who seems to have asked the spirit of L. Ron Hubbard to make her a star, and she backs it up with a performance that spirals down toward madness and despair as her invisible tormentor frames her as a raving Hysterical Female and literally plants a murder weapon in her hand. Unlike all previous Invisible Men, however, this guy’s ultimate goal is to possess her, not kill her. He lives in a cantilevered beach mansion that looks from some angles like a prison and others like an art museum, and it’s perhaps the most striking of many decisions made by production designer Alex Holmes to turn the movie into a particular kind of Silicon Valley Freak Show—boring and mundane on the outside, filled with technological horrors on the inside. (If you’re wondering about the location—and you will be when you see the film—it’s the Headland House on the New South Wales seacoast, in the little town of Gerringong. If you’re looking for a getaway AirBnB, it’s just $3450 per night.) Also, the decision to abandon the H.G. Wells bandages and just allow the Invisible Man to be invisible results in brutal low-tech special effects in action sequences where stuntmen are pummeled from every angle by the ephemeral bully. Factor in a strong supporting cast—Aldis Hodge from Straight Outta Compton, 15-year-old Storm Reid from 12 Years a Slave, Harriet Dyer in the thankless sister role, Oliver Jackson-Cohen from The Haunting of Hill House in the title role—and you have a tightly structured thriller that can be said to be the ultimate expression of the character. What this Invisible Man makes visible is the low-self-esteem brain of the stalker. In the original H.G. Wells story, it’s the angry villagers of Iping who savagely beat Griffin to death. In the 2020 version, one resolute woman takes care of business on her own.

Looking at the drive-in totals, we have:

Valium Fu. (Which for some reason they insist on calling diazepam in the movie.)

Storm Reid, as the pillow-fighting daughter who becomes the crux of the final battle;

Elisabeth Moss, the suffocated girlfriend writhing in the fetal position as the Ex From Hell occupies her space;

Oliver Jackson-Cohen as the control-freak title character; and

Leigh Whannell, the writer/director, for being that rarest of crossovers, an actor who can direct (this is only his third movie as a director).