Fear Thy Neighbor: The Influence of Shirley Jackson On MIDNIGHT MASS 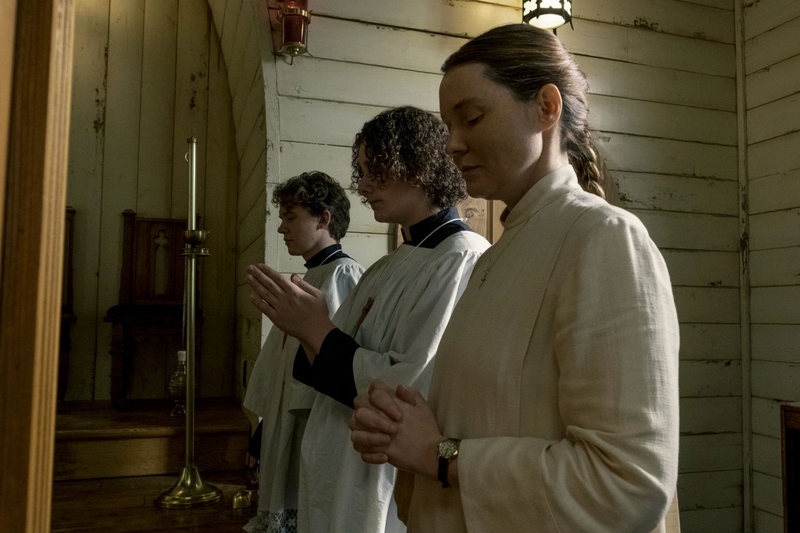 The Biblical adage "love thy neighbor" is familiar to most. It's a lovely sentiment that often gets eschewed for fire and brimstone levels of self-righteous bigotry among religious zealots. Horror is a genre that realizes that, while it might be all well and good to love thy neighbor, people may also have reason to fear their neighbors outright. Shirley Jackson was a horror writer who took this idea to heart and created some of the most affecting and disturbing examples of domestic horror. There's a human element to Jackson's horror even when the supernatural is hinted to be at play. Jackson often weaponized humans and their capability for abject everyday evil in her works. Modern horror master Mike Flanagan — who skillfully reimagined Jackson's The Haunting of Hill House — is similar in how he creates his own tales of terror. He, too, speaks to the tenants of human nature in his horror. His latest work, Midnight Mass, owes more to Jackson's literary legacy than audiences may suspect at first glance.

Shirley Jackson cornered the proverbial market on the idea of small towns being fecund areas for terror. Her brand of incisive writing naturally influenced and inspired the likes of writers such as Stephen King himself. Jackson's sinister undertones are as palpable as her slow-burn dread. Midnight Mass is a show that revels and comments on the eerie content of small-town America and how those communities can breed hatred and violence. 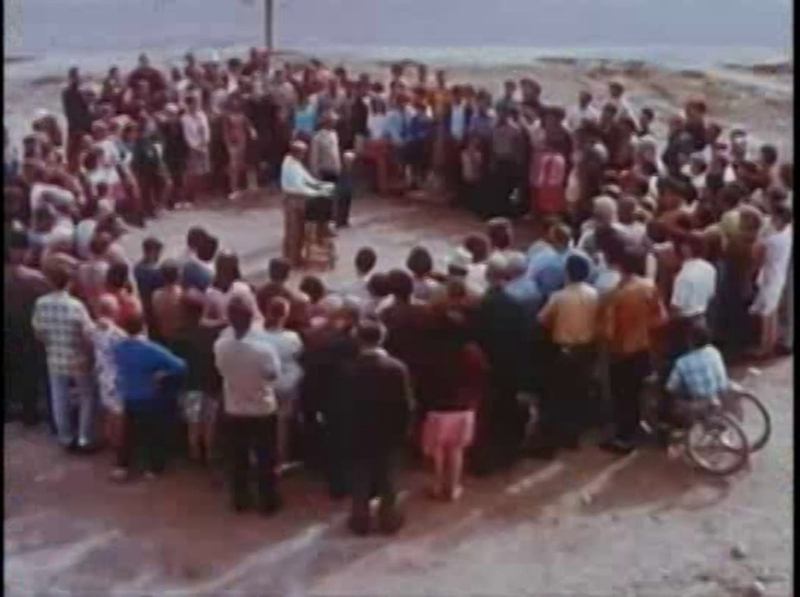 The Jackson tale that comes to mind while viewing Midnight Mass is "The Lottery." Both pieces of media take the phenomenon of cultish behavior and uncritical conviction to task with harrowing deftness. "The Lottery" centers on a brutal ritual where a member of a farming community is selected to be stoned to death as a sacrifice to aid the crops and impending harvest. Jackson keeps the truth of the eponymous lottery a secret until the very end, when the reader realizes it's an outdated and dangerous ritual. It's only when she is faced with her death that the character Tessie Hutchinson even questions or decries the injustice of the lottery. Tessie is an active participant until the tables turn on her.

Midnight Mass has its share of ritualistic horror that ends in death and is in many ways an expansion of the themes explored in "The Lottery." After most of the inhabitants of Crockett Island have been indoctrinated by Father Paul and his miracle work, the midnight Easter mass turns into a "The Lottery" style commentary on violence bred from a lack of skepticism and questioning traditional values. Those who have followed Paul's doctrine are faced with a stark choice: become vampires and live life eternal or perish at the hands of those who choose vampirism. Those who choose vampirism must drink poison, die, and rise again. They do so without a second thought, desperate to be a part of this rite. In "The Lottery," the townspeople follow their traditions with little thought, participating in what is expected of them. They comment on the foolishness of neighboring towns that have ceased holding the lottery and do not even question how sheeplike they are to continue the tradition themselves.

Naturally, everything goes more awry than Paul planned, and the bigoted Beverly Keane sees an opportunity to take control, further descending the island into havoc. Those who dissent and refuse to join the others in Father Paul's sacrament become targets for the others. Bev paints the dissenters as foolhardy and unworthy of the gifts bestowed upon them by the Angel. This parallels how those who have retired from the lottery tradition are considered witless people who do not know how to honor societal convention. In Bev's view, they're spitting in the face of God. A disillusioned Paul realizes that he's led his flock astray. He discovers what Bev truly is too late: a monster masquerading as a woman of God who feeds into the island's growing mob mentality. 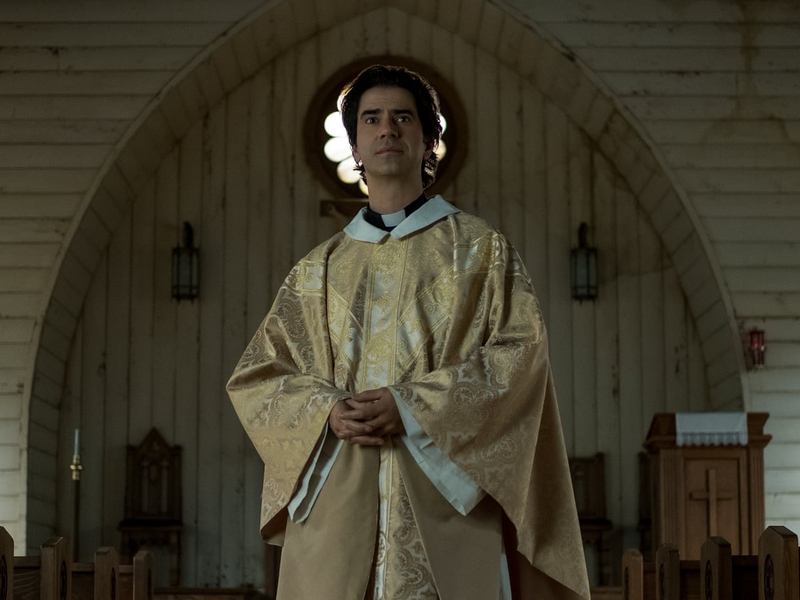 Bev's brand of hateful opportunistic glee is a facet that Shirley Jackson imbues in many of her villains. Often, the villain in a Jackson story will think themselves a hero or, at the very least, a good person doing the community a service. It's apt to compare Bev to Stephen King's frightening zealot Mrs. Carmody from The Mist, but she shares a lot in common with many Jackson characters, including Adela Strangeworth from "The Possibility of Evil."

Adela is an older woman who fancies herself as pious and upstanding, not unlike the haughty Bev. Adela has fashioned herself as a pillar of the community and involves herself in matters that aren't her concern. On the surface, it would be easy to dismiss them as busybodies, but they are far more insidious and harmful. Bev and Adela have faux affable demeanors, positing themselves as paragons of humanity. Adela writes blatantly rude anonymous letters to members of the community. The letters are informed by gossip that she takes as gospel, and she sees herself as merely helping the recipients. Bev is every bit as petty as Adela, if not worse.

Among Shirley Jackson's short stories, several speak to the violence that burbles beneath the tenuous surface of society. "The Renegade" is a story about a woman faced with the plight of a chicken-killing dog, and it portrays a community filled with people full of latent bloodlust and a taste for violence. The woman, Mrs. Walpole, is stunned by the excitement her neighbors have over the possibility of her having to kill her dog. They revel in it. Mrs. Walpole finds herself in diametric opposition, one of the few who sees the situation as something dire and uncomfortable, not the bloody fanfare others want it to be. Crockett Island is filled with inhabitants who share this violent lust, which eventually comes to a head during the Easter vigil. When the townsfolk turn on one another, it's horrific. Vampirism has given the town an excuse to unleash the wickedness hidden beneath the careful facade of facile decentness. They go to their neighbors' homes and kill them, dragging them into the streets, and feasting on their blood. The violence on their part is giddy and echoes the menacing demeanor of the characters in "The Renegade" that all too readily search for a whiff of bloodshed. 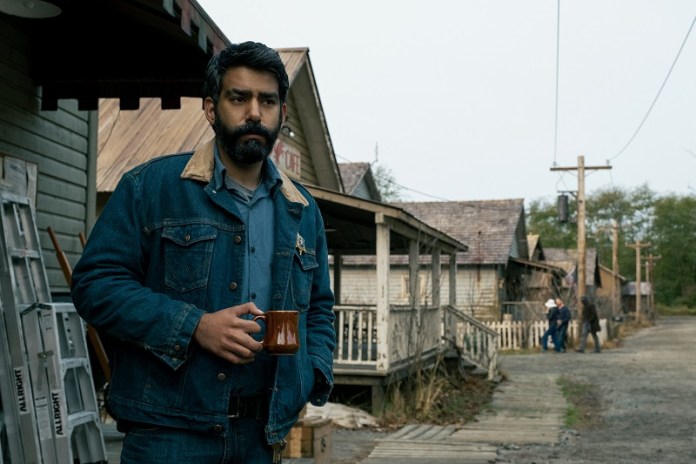 Throughout the series, Sheriff Hassan and his teenage son, Ali, are faced with racist and religious microaggressions, and Bev is one of the keen perpetrators due to the Sheriff and Ali's Muslim faith. The two have become pariahs of sorts, standing on the outskirts of the island's society along with Erin Greene, Riley Flynn, and Dr. Sarah Gunning. Bev is consistently outwardly malicious toward the Sheriff, but others on the island fall in with the microaggressions themselves, such as calling Hassan "Sharif" instead of Sheriff and referring to Ali as "Aladdin." Ali is heinously pressured to attend mass and join the church despite already being Muslim. Eventually, peer pressure tears Ali from the inside out, and he gives into it.

Bev shares a kinship with Mrs. Winning as she does with Adela Strangeworth. When Bev eventually sheds her condescendingly kind persona, she drops all hints of veiled microaggressions and engages with overt racism and Islamophobia. She shoots Sheriff Hassan and refers to him as a terrorist. Beyond that, she views those that associate with people she deigns lower than her as tainted. Annie Flynn, Riley's mother, is viewed as lesser by Bev because Annie loves Riley despite Riley's checkered past. Like Mrs. Winning, Bev seethes with jealousy and cruelty. She cannot stand the fact that Riley is loved unconditionally and considered a morally better person than she is. 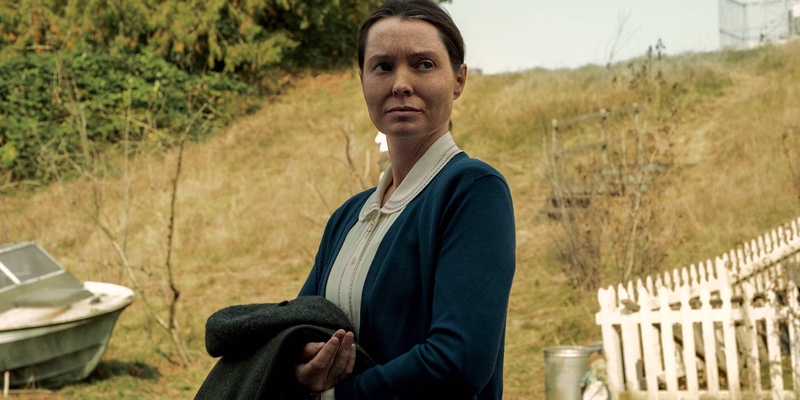 Earlier in the show, Erin allies herself with Sheriff Hassan against Bev, showing support for him when he takes issue with the townspeople forcing their religion onto his son. This small act of kindness and solidarity on Erin's part further makes her an outcast and even more wretched in Bev's eyes. Erin is a survivor of domestic abuse and an expectant single mother, already spoiled in the view of those who share in Bev's hateful paradigm. Erin's accepting and loving nature aligns her with the likes of Mrs. MacLane, a character that Jackson paints as a truly good and gentle person who has faced tragedy. Jackson makes it clear that Mrs. Winning is despicable, and Flanagan thoroughly derides Bev as well. Both are exemplary at creating nuanced villains that are realistically hateful people.

Shirley Jackson's adept way of creating domestic gothic horror is alive and well in Mike Flanagan, who expands and adds to her thriving legacy through his own unique offerings. Both cut to the bone in a way that leaves the viewer or reader pondering existence and society. The world is better for consuming their brand of humanistic terror that is unrelentingly critical of the world around them. They serve as a chilly reminder that, while it might be best to love one's neighbor, it might be better to fear them, as well.

Click here to check out Max Restaino's piece on the Stephen King and American Northeast influence on Midnight Mass.

Midnight Mass is now streaming on Netflix, click below to watch: