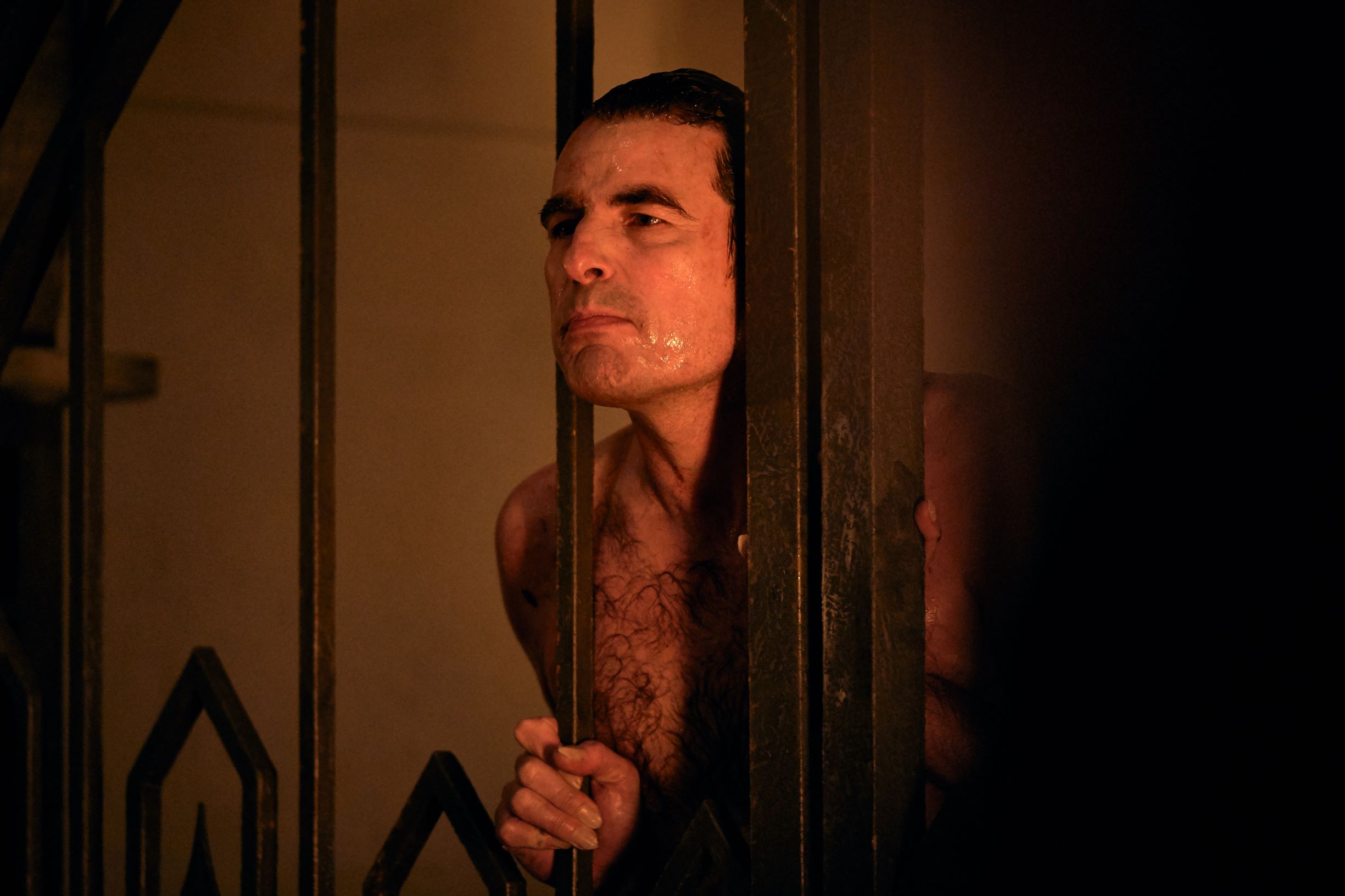 Me, looking for another hero. OK, well, no. Actually, this is Claes Bang as Dracula. (Photo: Netflix)

know vampires are immortal, but I think they need to take a break. For a few years, anyway.

In the past few months, the vampire nation has invaded TV land with V Wars and Dracula. Dracula came with the imprimatur of the BBC, even. V Wars came with Ian Somerhalder. Make of that what you will in either case …

Anyway, V Wars was better when it was called True Blood.

And Dracula was better when he was Dead and Loving It. Don’t @ me.

I am a life-long fan of the vampire. I read all the books – Princess Dracula, anyone? I watch all the series, and I see all the movies. And I was excited to see these two. I’m a fan of Somerhalder’s from way back, but especially his role as Damon Salvatore on The Vampire Diaries. I’m a fan of most anything BBC, mostly because they don’t stretch stories to fill some 22-episode order. And, also, Luther.

Pity you; you decided to read. I’m hoping you’re giving the head nod of agreement if you’ve seen either of the shows. And, no, I’m not telling you NOT to see these. I think you should run to Netflix and watch both. I need you to feel my roller-coaster of emotions. (Remember, I’m all in.)

Such promise, little reward. Mind you, that means there are redemptive qualities in both these attempts at vampirecide, and I’m all for someone saying, “Well, let’s see what we can do with this next time.”

I’m not of the camp that yells, “No remakes, no reboots.” I am of the camp of “Make something that makes sense.”

And there’s so much to explore yet within the vampire mythos. How about a sunshine-loving, happy-go-lucky sad sack who’s no good with romance, even when he puts them under his spell? Play with powers: How about a vampire that can’t enthrall minds but can affect the bottom line? Critics derided a vampire who sparkles – Hello, Edward Cullen! – but at least the Twilight author had the guts to try something different.

I get it. I get that we want our vampires to be tall, dark, and handsome. OK, start there. Now gender-flip it. Here are some other tips, ones I hope will inspire someone, maybe even me, to write.

1.       Change the setting: Midnight, Texas, was cancelled but the idea of a scary energy vampire is intriguing. The energy vampire on What We See in the Shadows is hilarious. Can they remake the remake of The Odd Couple?

2.       Explore Dracula’s psyche: While Dracula seemed as if it might give us a protagonist who was thoughtful about his existence while also reveling in it, it fell short of actually diving into the character. Let’s have a journaling Dracula. I kid. But you get the point. No brooding to the point of Angel, but measured steps to revelatory growth would be nice.

3.       Good bad vampires? Well, V Wars had an interesting character who hunted her own. Hers was a bit of self-hate, but get rid of that part of it and then twist it near the end to show that she was really only killing to clear the path. After all, there are only so many humans. Wouldn’t want to exhaust the food supply.

So, as I was writing this, I had “The Brides” in the back of my mind. It’s from producer Greg Berlanti, who can squeeze a yarn for all its juice with the best of them. It’s being promoted as a family drama. Now, there’s a different idea.

Watching bungled attempts is exhausting. But I’m ready, just not right now. Are you?

‍Dawn M. Burkes is Editorial and Publishing Coordinator for FANGORIA and Cinestate. The longtime journalist with a focus on entertainment, news and sports has been a five-tool player for The Dallas Morning News, The Atlanta Journal-Constitution, USA Today, and Miami Herald, among other media organizations. She has also written for Urban Arts Magazine, OurselvesBlack.com and The Dallas Observer. She hosted a podcast, "From the Hip." Go ahead: Make her day and @ her on Twitter: @DawnBurkes.