Sure, there are staples like SANDMAN, HELLBOY, THE WALKING DEAD, but we are diving into a treasure trove of potentially unsung titles to carry you through the season. 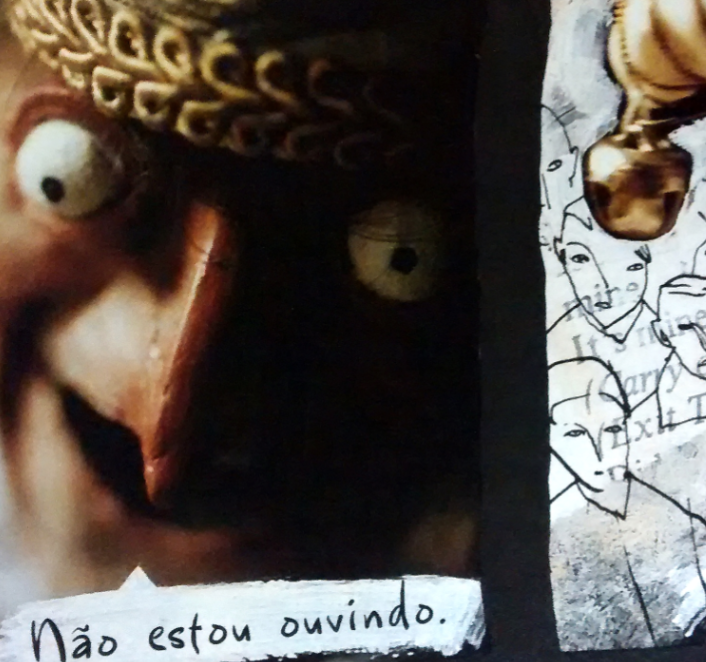 Every Fall, as the days become shorter and the weather dips colder, our appetite as horror fans grows insatiable. Many of us turn to movies, planning nightly schedules to revisit classics or discover hidden gems. Some of us turn to literature, looking to scratch those more obscure Stephen King novels off the list, or to get lost in a brand new page-turner. Fewer still turn to comic books. The medium has a rich history of genre fare, but unfortunately, it remains untapped for most.

Sure, if you're a longtime comic book fan or a casual reader, you know the regular hits by now – Sandman, Hellboy, The Walking Dead, Locke & Key, and so on. However, more than any other medium, it seems to be a taller task to wade through the decades of material to find quality comics that will line your nightmares.

Rather than creating another generic list populated by the abovementioned mainstays, I've curated titles below that are a little more unsung. Some are new, some are old, ranging from classic ghost stories to slow-burning head trip mysteries, but one thing unites them all. They are perfect for the season, and each deserves to be part of your Halloween countdown. 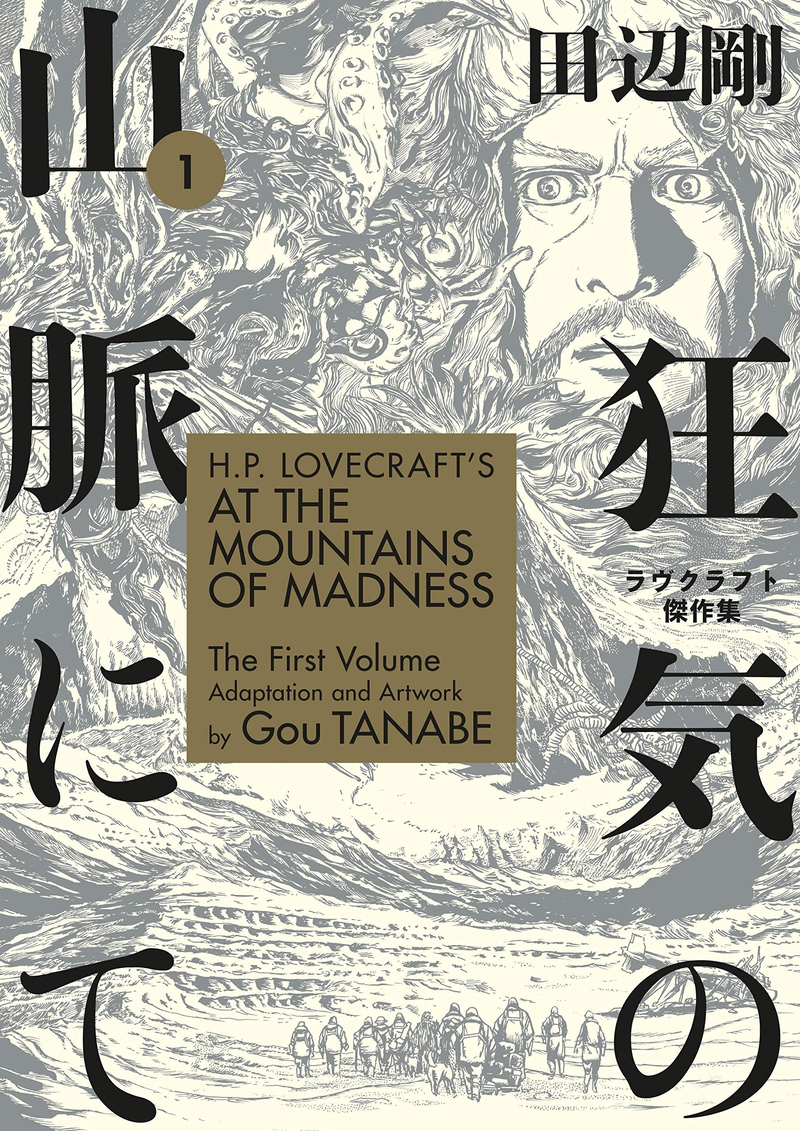 H.P. Lovecraft's At the Mountains of Madness
By Gou Tanabe

There have been a glut of Lovecraft adaptations recently. Gou Tanabe's impeccably illustrated take on At the Mountains of Madness stands out above the rest. One of the most difficult aspects of adapting the godfather of cosmic horror is visualizing monsters that were written to be...well, unvisualizable. Tanabe somehow manages to accomplish this near-impossible task with his deft black and white style that is both detailed and difficult to discern in all the right ways. The result is one of the finest Lovecraft adaptations in any medium, one set amid a chilly winter landscape to prepare you for the coming cold. 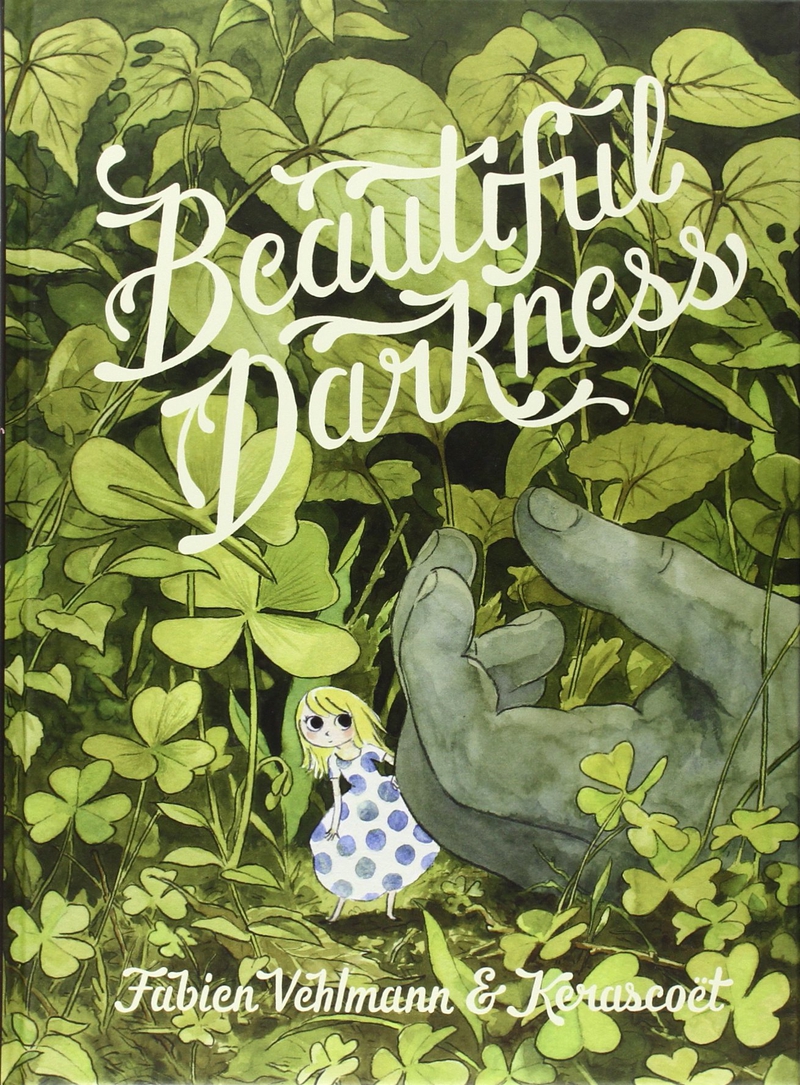 Some titles do say it all. Don't be fooled by its inviting water-color pages; Beautiful Darkness is the grimmest of fairy tales, telling the strange story of tiny beings that inhabit the body of a deceased child. This is a graphic novel that dives deep into the depths of human experience, serving as an allegory for contemporary society's ever-increasing tilt toward evil. 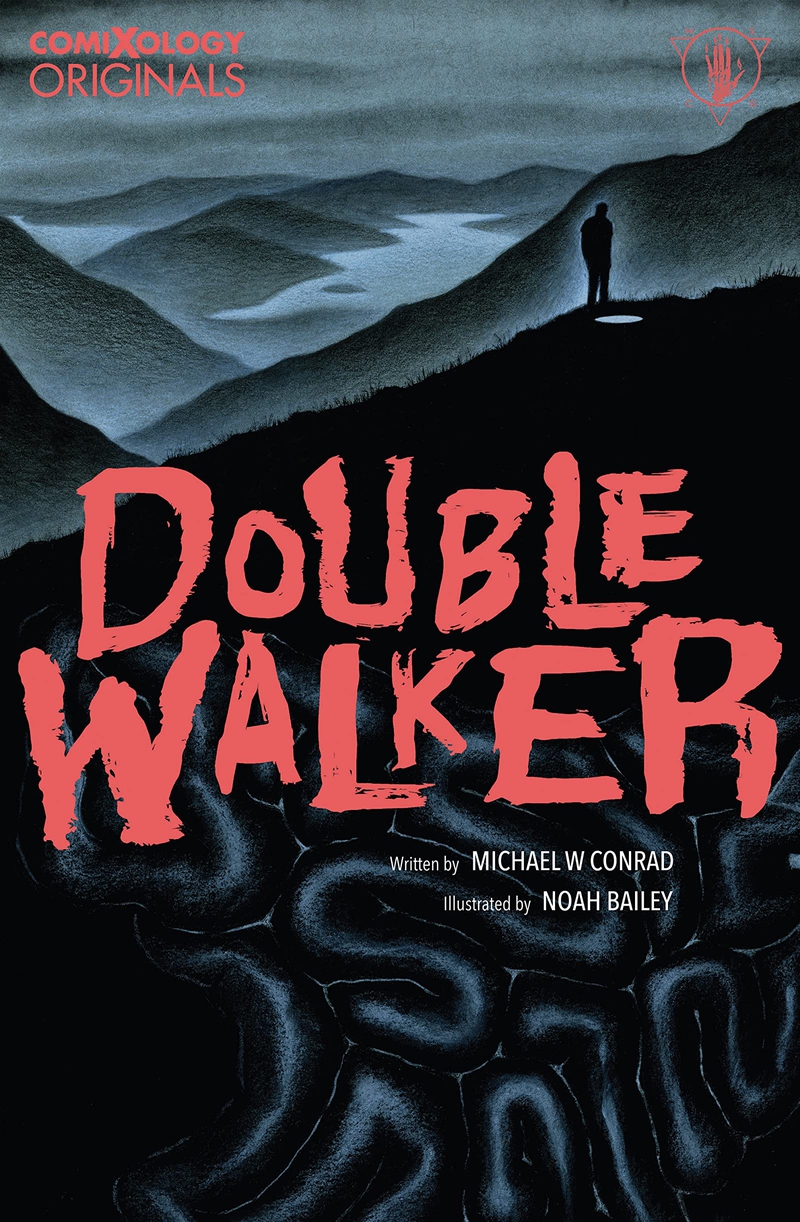 A brand new folk horror graphic novel that is absolutely loaded with haunting visuals set in the misty Scottish Highlands. For all its creepy imagery, Double Walker stands out from recent horror comics in that it never forgets to maintain a sense of pathos for its characters. The heartbreak is all elevated by Bailey's soft illustrative touch. It's one of those books where the outside world seems to fade away with every turn of the page. 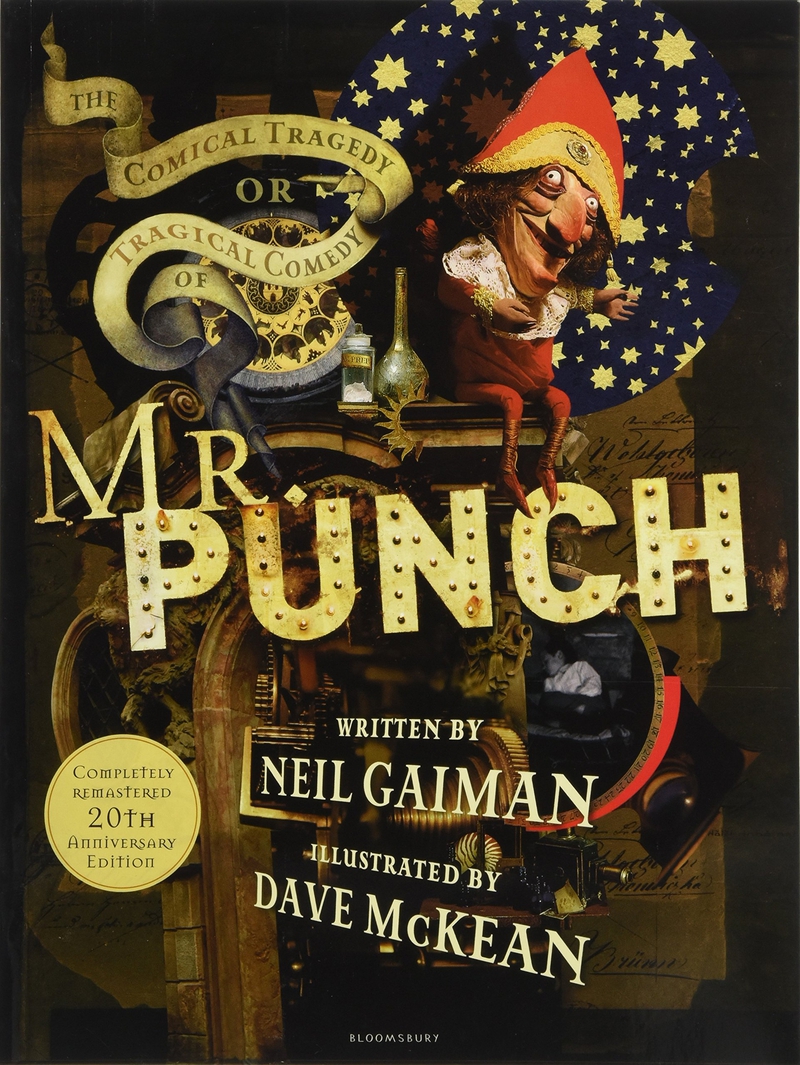 Perhaps Neil Gaiman's least well-known comic, yet one that feels like his most personal. It's a sorrowful tale that comes with all the expected bells and whistles of Gaiman's oeuvre, dealing with the loss of innocence and deep family secrets that are somehow intertwined with a ghastly puppet show. Dave McKean's unique multimedia visuals add a sense of fantastical gloom to the ever-ripening mystery. 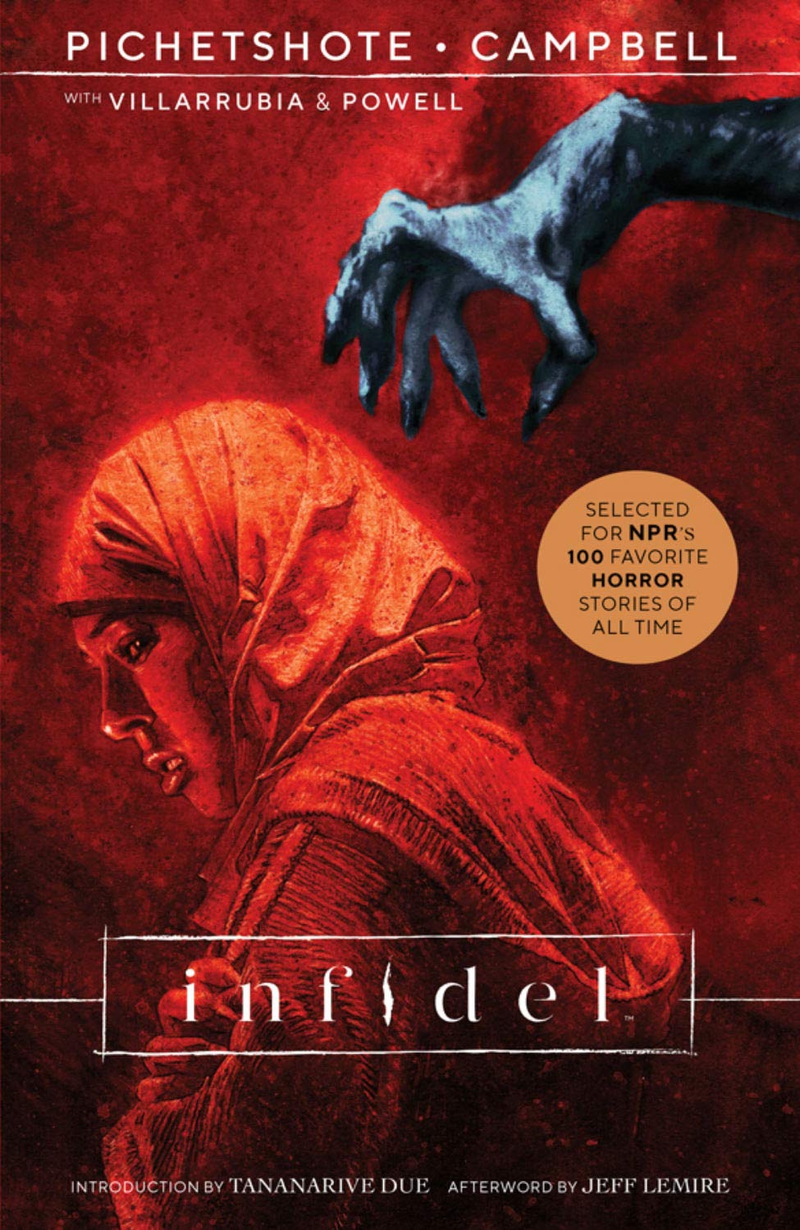 For those who like their horror stories coupled with a fine glass of biting social commentary, look no further. Billed as "a haunted house story for the 21st century," Infidel delivers on its promise. This book feels like it was born out of the Vertigo Comics boom of the '90s, but also wouldn't be out of place alongside movies like Jordan Peele's Get Out or Babak Anvari's Under The Shadow. 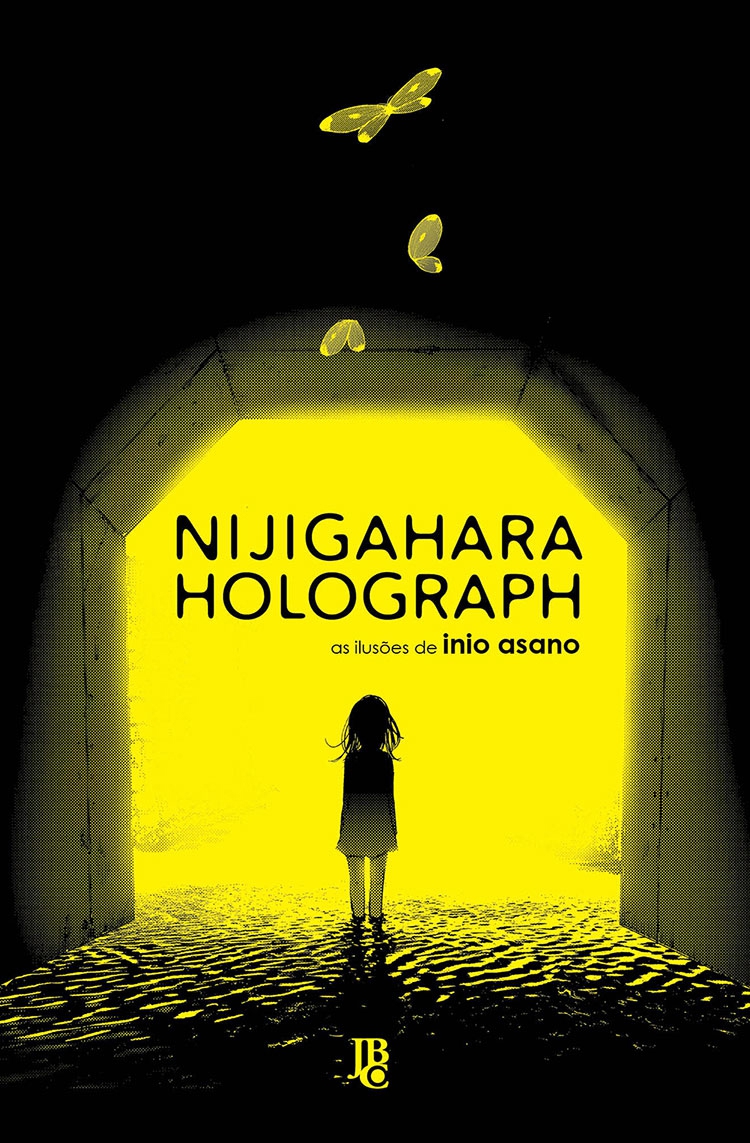 A fever dream mystery manga that explores a town in the aftermath of a girl who was sacrificed by way of being tossed down a well. With its sunkissed illustrations and nonlinear narrative, the book feels as if Inio Asano somehow bottled the final breeze of summer and distilled it into a story that's both nightmarish and oddly meditative. 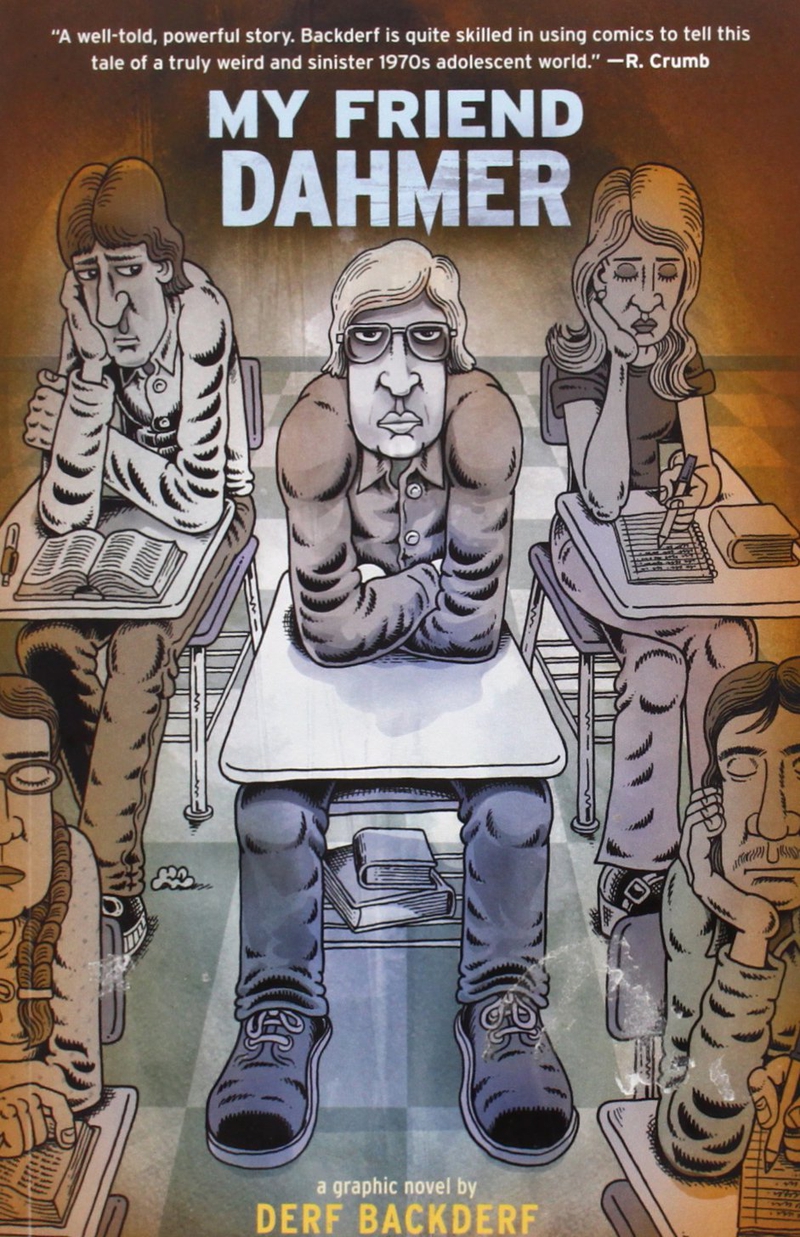 My Friend Dahmer
By Derf Backderf

Not many people can say they went to the same high school as one of the most notorious serial killers in history. Even fewer can say they were friends with one. Derf Backderf is one of those people, and he decided to tell all in this autobiographical comic that recounts his high school days hanging out with Jeffrey Dahmer. While there's not a single scare in the book, it is a chilling portrait of a deeply troubled teenager who would go on to commit some of the most heinous murders in American history. For the morbidly curious serial killer aficionados out there, this is a must. 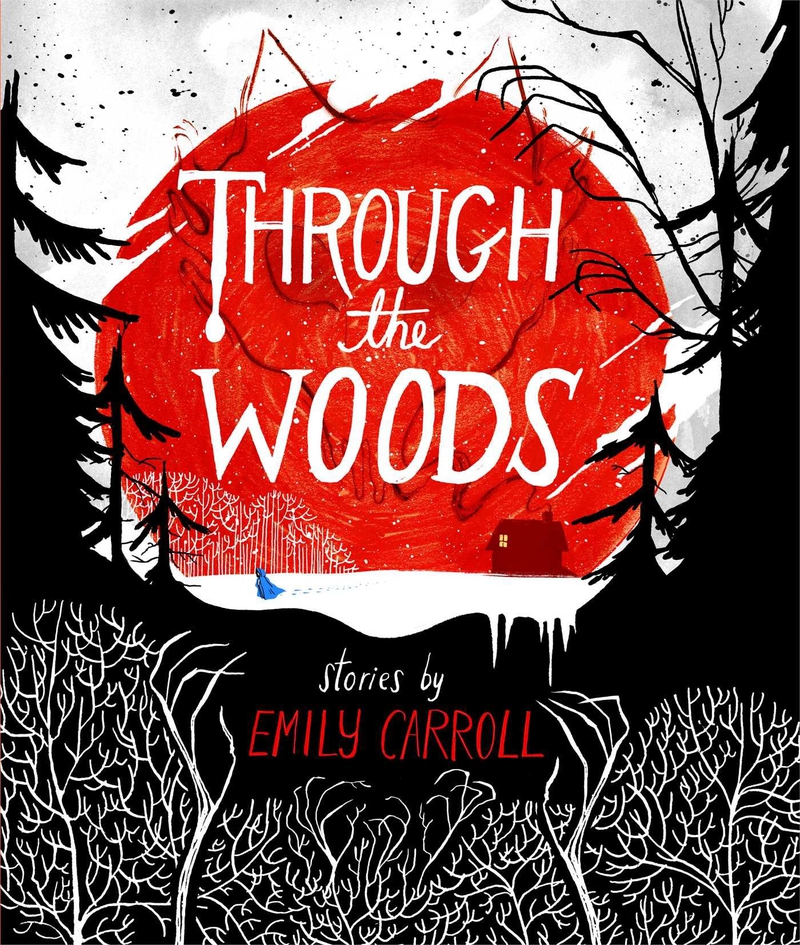 Through The Woods
By Emily Carroll

No list of Fall horror reading is complete without Emily Carroll's folk chiller, Through The Woods. It's a bonafide classic of the subgenre despite only being less than a decade old. Lots of people will tell you that comics just don't scare them. Those people have not read Emily Carroll. This collection of short stories inevitably seeps into your pre-sleep thoughts, packed with uncanny depictions of doppelgangers and malevolent parents. 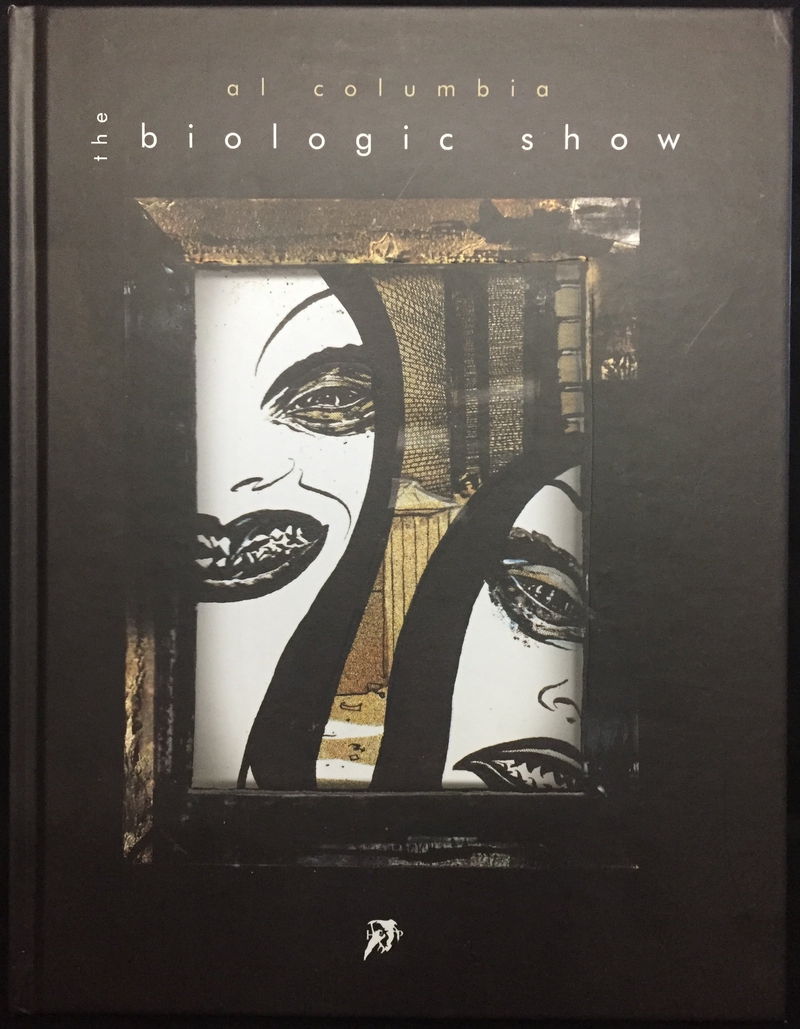 The Biologic Show
By Al Columbia

The reclusive artist that is Al Columbia has a reputation that (unfortunately) overshadows his creative output. Not one to shy away from taboo subjects like rape, incest, and child abuse, Columbia's disturbing stories often step overboard for the wary. He doesn't so much tell stories as create worlds where childhood archetypes come face to face with macabre absurdity. The term "Lynchian" gets tossed around a lot these days, but this is a book that earns the title. Deeply fraught, grotesque, and surreal, The Biologic Show is an aloof work that lingers long after you've turned the last page. 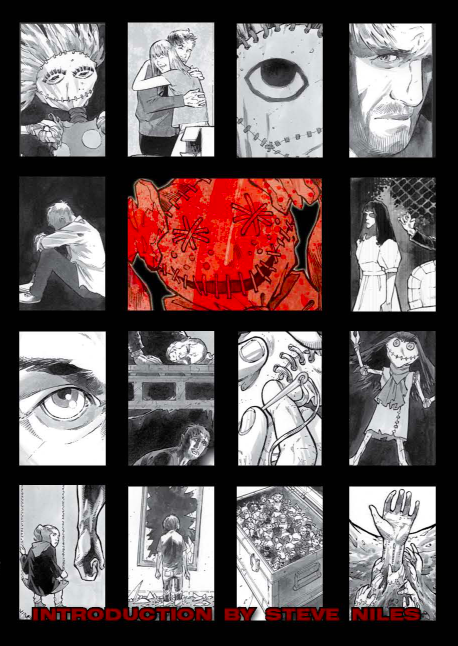 The lone protagonist who descends into madness is a longstanding trope of horror, whether it's Rosemary's Baby or Poe's Tell-Tale Heart. Comic books usually use their freedom to expand beyond the simplicity of such premises, but Echoes achieves its mounting dread by giving into restraint. The book tackles the tough and terrifying subject of schizophrenia, often mishandled in the genre, with tact and care. By forcing the reader to experience schizophrenic episodes through the eyes of its protagonist in a single location, Echoes delivers mental health horror at its best. 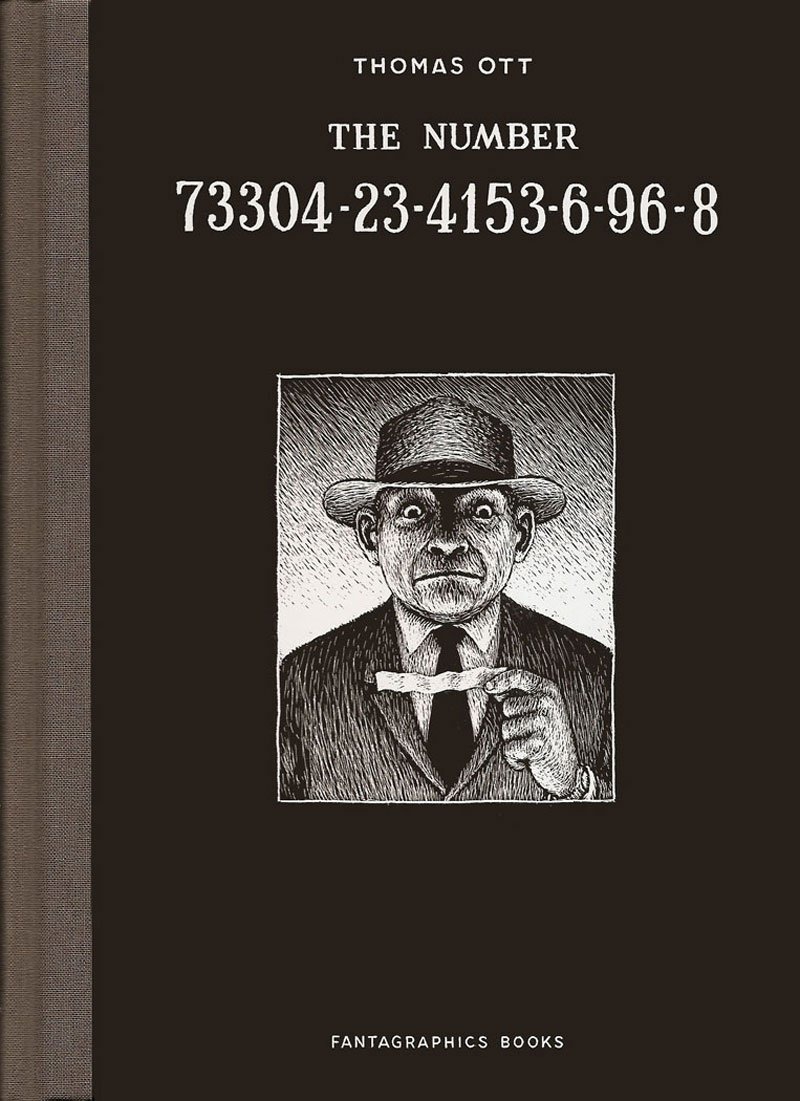 Silent, Kafkaesque, and unlike anything else on this list. Thomas Ott is an oft-overlooked master of the atmospheric, slow burn. This completely wordless comic reads like a lost episode of The Twilight Zone, and its final reveal is one you won't forget. 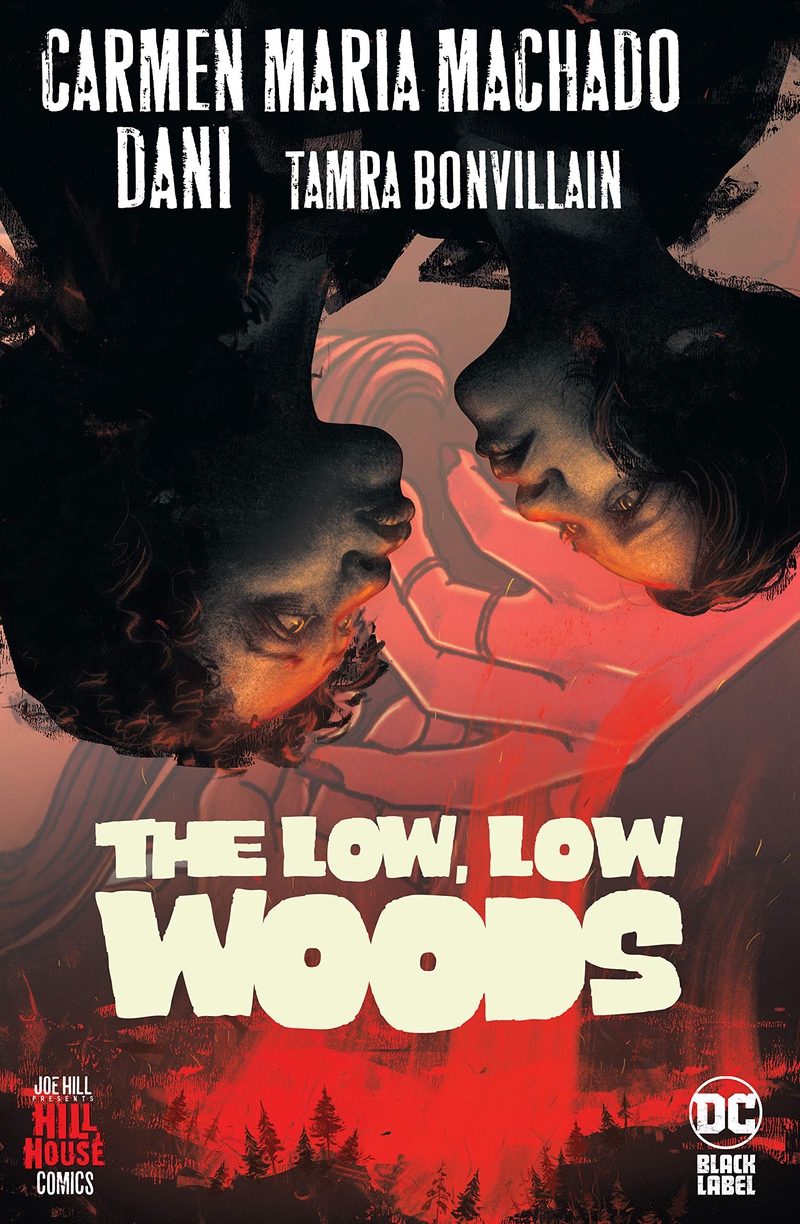 This is one of those comic books that captures your attention from the very first panel. The Low, Low Woods delivers a dreamy atmosphere that remains grounded and intriguing as a result of lead characters whom you can't help but root for. Few things say Halloween is in the air like the tale of a small town by the woods that's slowly falling to pieces. It perfectly encapsulates that unapparent yet undeniable autumn feeling. While Carmen Maria Machado is mostly known for her short genre fiction, her first foray into horror comics is a staggering success. 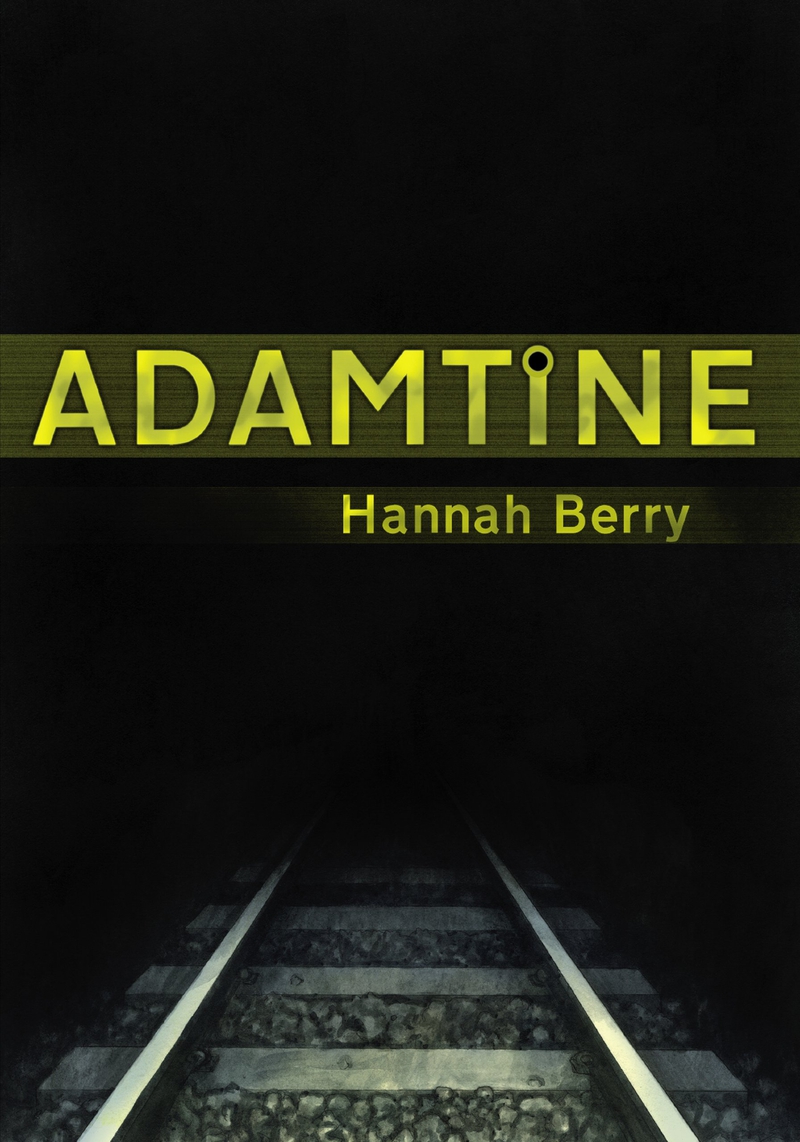 Adamtine is a convoluted yet rewarding mystery that dares to explore a question we've all asked ourselves at some point, "Where do all those missing people go?" The story follows four strangers who find themselves stranded on a train and slowly uncover their intertwined fates. There are plenty of comics that can be read swiftly and casually, but Adamtine is not one of them. This is a rich puzzle of a tale that demands multiple readings. 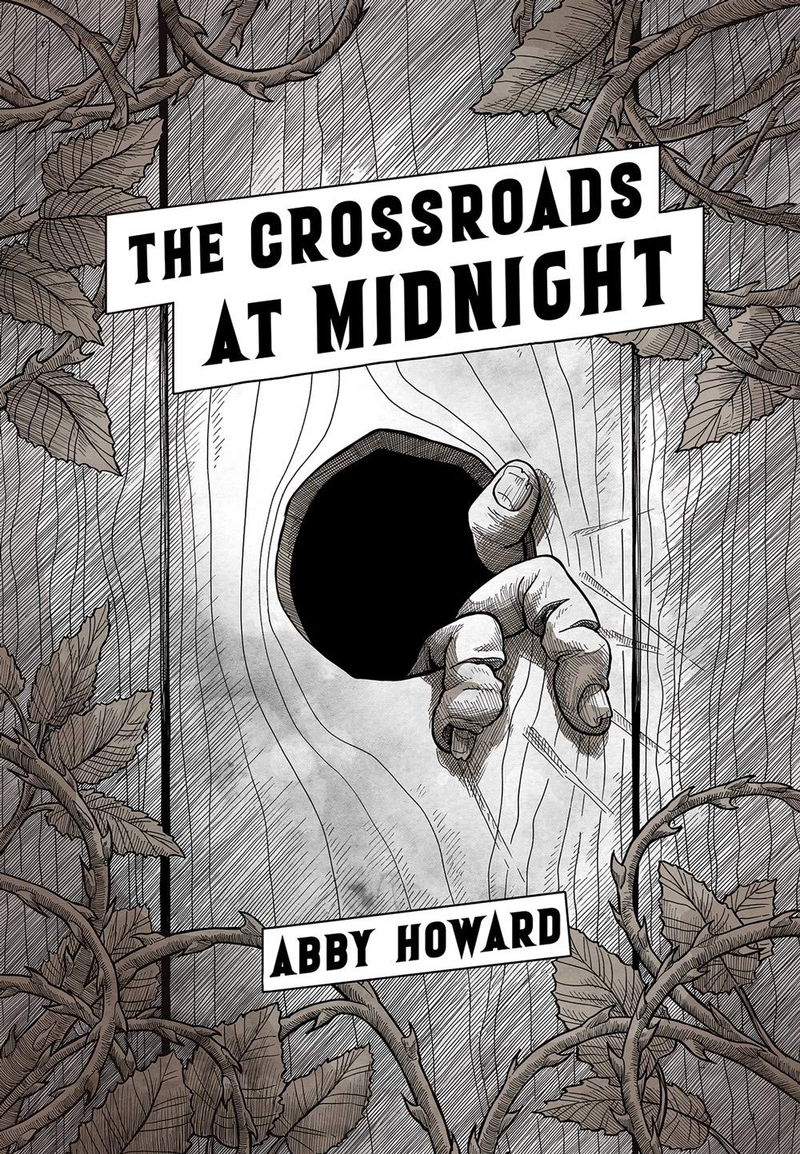 The Crossroads at Midnight
By Abby Howard

Abby Howard's stories are told with sharp wit and a pacing that places them in the tradition of M.R. James and Shirley Jackson. However, unlike those literary giants, Howard's stories are made more accessible to modern readers of all ages by her visual sensibilities and penchant for top-notch monster design. The Crossroads at Midnight is Howard's latest collection, and the tales range from creepy to tragic. There's a timeless sense of craft and love for the genre in every page.