The final entry in David Gordon Green's saga will open in theaters on October 14th. 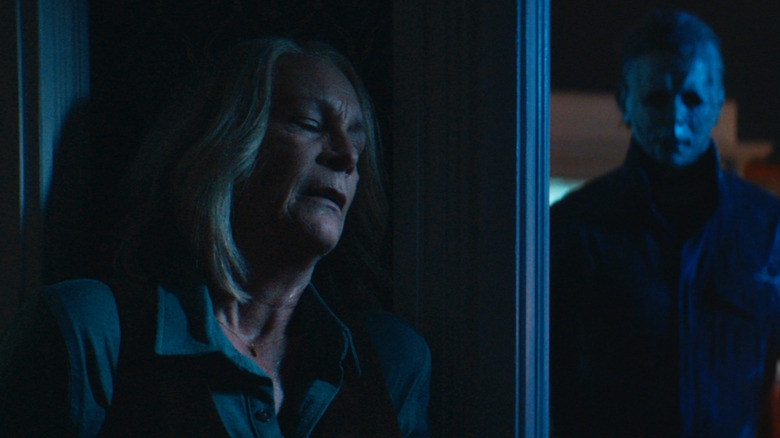 Only one survives: the final showdown between Michael and Laurie will soon be with us.

The synopsis for Halloween Ends doesn’t really reveal anything specific about the new entry, but it’s not gonna stop us getting excited about it anyway:

After 45 years, the most acclaimed, revered horror franchise in film history reaches its epic, terrifying conclusion as Laurie Strode faces off for the last time against the embodiment of evil, Michael Myers, in a final confrontation unlike any captured on-screen before. Only one of them will survive.

Halloween Ends’ new trailer sees Laurie (Jamie-Lee Curtis) coming to the realisation that only one of them will make it through the bloody and brutal ending, as well as reassuring all of us gore-hounds that Halloween Ends’ Michael is "more dangerous." Halloween Ends will be Curtis' last time stepping into the role of the iconic final role, which makes this trailer even more bittersweet.

The trailer also gives us our first glimpse of Lindsey Wallace (Kyle Richards) and teases a dank sewer battle. There's also some loving homage to John Carpenter’s original Halloween in a handful of inspired shots. Is this the last we’ll see before Halloween Ends’ release in theaters and Peacock on October 14th?

Check out the final trailer from Universal Pictures here: