#FLOAT: In Theaters And On Your Walls

FANGORIA subscribers will receive this nifty poster in the next issue! 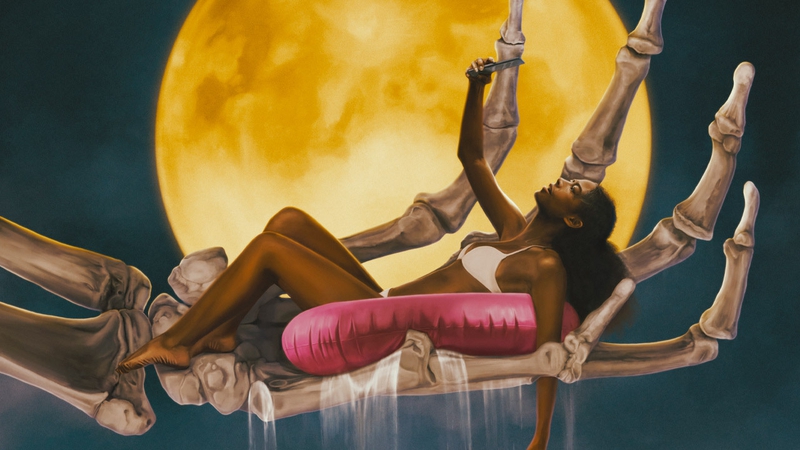 Zac Locke's (The Voyeurs, Black Christmas) supernatural slasher, #Float has arrived in time for Christmas, and we have some more good news for you. This retro-inspired poster will be included in our upcoming January issue. The movie skillfully plays on classic tropes of ’80s slasher films – beautiful young, selfish people blithely ignore warnings about the dangers awaiting them and then get gruesomely killed off – while employing a modern sensibility.

What's #Float all about? Read on:

"The film follows the young, beautiful, and full-of-life vlogger Kali (Kate Mayhew) and her pals who are heading to the river for their annual lazy river float, the first one since their friend Chuy overdosed and drowned a year earlier. But their partying suddenly takes a dark turn when a mysterious force plunges them into a life-and-death struggle, forcing them to face their own fears as they turn on each other – and proceed to die one by one." 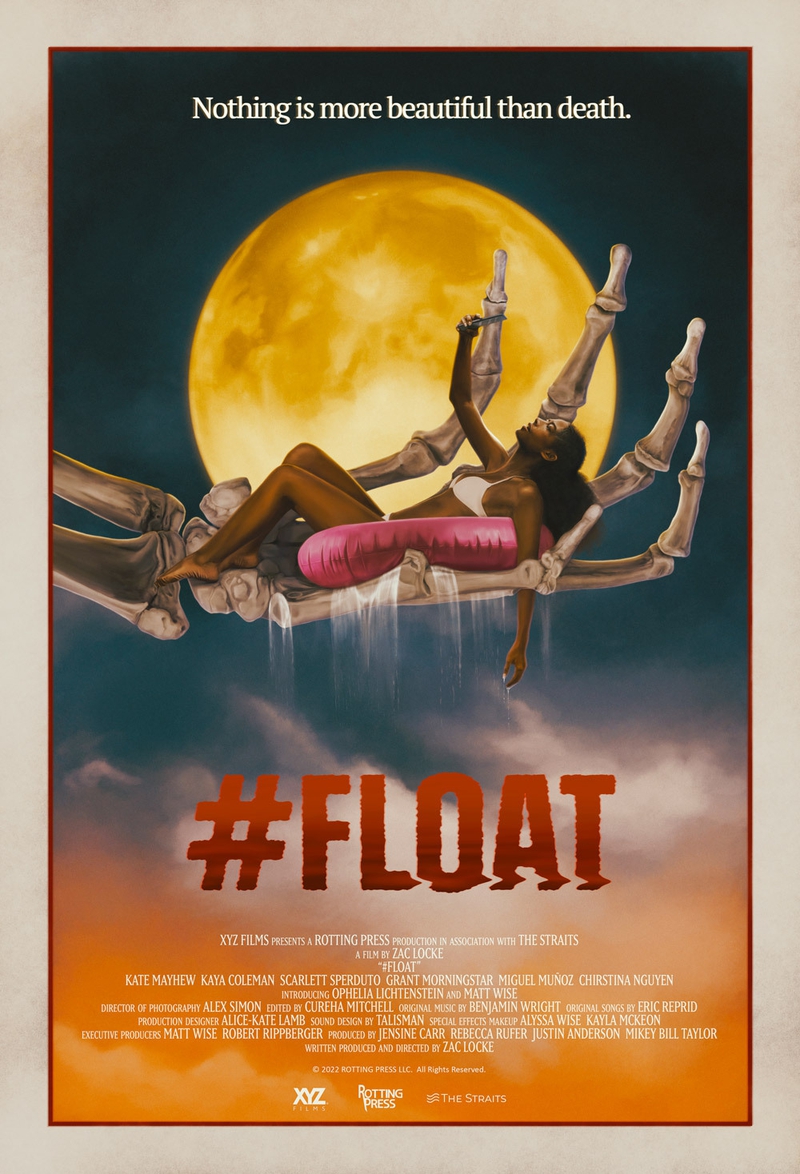 Take a look at that sweet poster art, and did we mention magazine subscribers will receive their very own hard copy included in our January issue? So if you're a subscriber, keep a lookout for that issue in your mailbox next month. If you're not a subscriber yet, it's a good 2023 resolution to sign up. As an extra holiday treat, save 25% on a new annual subscription with the code: LEATHERFACE

#Float is now in theaters.