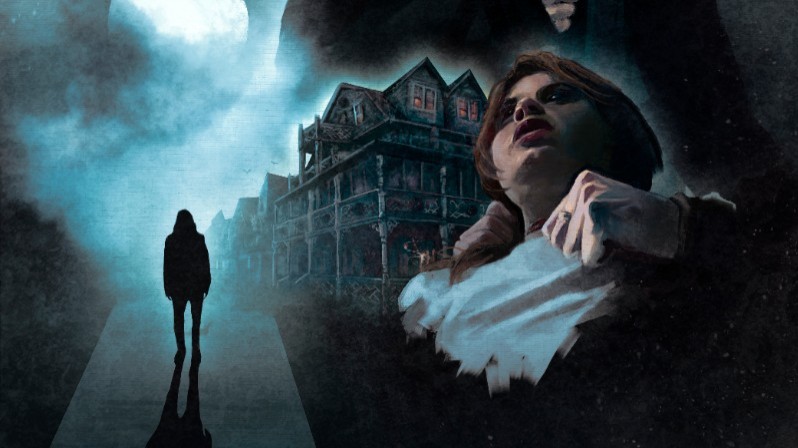 If all goes as planned, 6:45 will be a time we all remember for terror in the latest horror feature from director Craig Singer (Dark Ride, Perkins’ 14). In the style of Groundhog Day and the Happy Death Day films, a couple whose relationship is on the rocks absconds for a little getaway to a sleepy town. But there’s no fun when Bobby and Jules keep repeating the same day—the one where they are viciously murdered at 6:45!

“I’ve been working on 6:45 for over 10 years with my Dark Ride writing partner, Robert Dean Klein,” Singer says. “I was still at Disney at the time and always knew I wanted to get back to 6:45. The thing is, when I left Disney, the world had changed considerably and everyone wanted you to make films on your iPhone for $2.50. So, I had to eat large amounts of humble pie and rewire my thinking when it came to approaching this brave new film world. Thankfully, technology continues to encourage filmmakers to make more and more films affordably. The trick is to make really good quality films that rise above all the white noise that’s out there today.”

When Singer and Klein first hatched 6:45 years ago, Blumhouse’s Happy Death Day franchise had yet to be born. So, the new film won’t be the first horror take on that classic Bill Murray comedy.

“Clearly Groundhog Day was influential,” Singer admits. “However, I’ve never seen the Happy Death Day films. What I’ve been told is that the tone of those films is lighter and that they have more humor, whereas 6:45 is more serious in tone and, hopefully, a bit darker. In a good way, naturally.”

Key to making 6:45 work was finding the perfect location—an enticing vacation spot that could also elicit fear and apprehension. A Garden State coastal community fit the bill. “I love shooting in Jersey,” Singer says. “My first film, Animal Room, was shot primarily in Seaside Heights and Dead Dogs Like was largely filmed in Asbury Park. Of course, it helps when you’re familiar with an area. I found this wonderful old bed & breakfast on the Jersey Shore. I had developed a good relationship with the owner who died tragically a week after I met him. Thankfully, the woman who ran the hotel kept in touch and was willing to have us live in as well as shoot 6:45 in the glorious old structure.

“There’s a very special bond that can happen when you live and work together as a film family, and 6:45 was no exception,” the director continues. “We all wore many hats and working, eating, living and laughing together helps to form a close set of relationships that allow and encourage everyone to bring the very best of themselves to the table.”

That innkeeper’s untimely death may have factored into the production in a most paranormal way. “Sadly, the owner of the hotel passed away a week after I met him, and this is an extremely haunted hotel,” Singer reveals. “Not only is it historic, but many of the cast and crew experienced encounters with supernatural forces. My lead, Michael Reed, felt something pressing down on him in bed, and other members of the 6:45 family felt, and in some cases saw, things that were unsettling and unexplainable. I hope some of that energy was captured in our film. Actually, I’m sure it was.”

Singer assembled an eclectic lineup for his Jersey haunt. “It began with the amazingly talented Augie Duke [who plays Jules],” he says. “Special effects guru Vincent Guastini was a friend and introduced me to Augie. We had wanted to work together for years. She introduced me to her real-life love, Michael Reed, and we committed to a creative relationship. I was approached by an investor who wanted to do a super-low budget horror film, and coming from Disney, I wasn’t sure I was the person to pull it off. Augie really encouraged me and found me an amazing producer named Maria Jorjezian. Wonderful editor Sam Adelman and I were definitely the adult supervision on-set as we marched off with our talented young team to make 6:45 a reality.

“I had worked with Thomas G. Waites [The Thing] for many years, so it was fantastic being able to cast him,” Singer continues. “I had known Armen Garo for a while and have been working with Ray ‘Boom-Boom’ Mancini on a film called Monkey’s Nest. I’m also friends with The 45 King. Remy Ma fills out the cast, along with some incredible new talent like Allie Danielle Marshall, Sasha Gordon, Joshua Matthew Smith, Sabina Friedman-Seitz and Leo Mancini.”

Singer expects 6:45 to premiere at a prominent film festival this summer, and he has already put wheels in motion on his next genre exercises. “Once the world settles down, I’m going to shoot a movie in Ohio. And then, along with my partner, Gurpreet Chandhoke, shoot another horror film called Tat back down the Jersey Shore.”