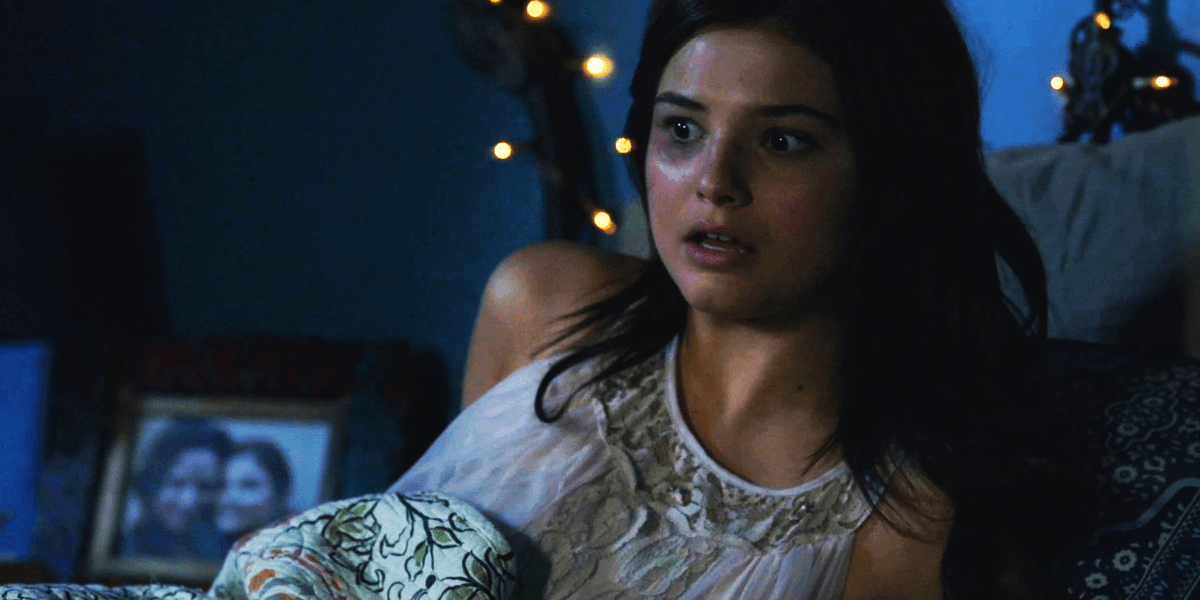 Not this one, knucklehead. Scroll down.

It was reported yesterday that Stefanie Scott and Isabelle Fuhrman are starring in a new period horror-thriller called The Last Thing Mary Saw, and today we got our hands on an exclusive first photo from the movie, and have a bit more of an idea what it’s about.

Pictured here is Scott in the title role of The Last Thing Mary Saw, which is shooting this month on New York City locations. Scott, who played Quinn Brenner in Insidious: Chapter 3, reprised that role in Insidious: The Last Key, and appeared opposite Gary Oldman in this year’s seafaring supernatural film Mary, is joined in Last Thing by Fuhrman (Orphan), Rory Culkin (Signs, Scream 4, Lords Of Chaos), and Judith Roberts (whose career stretches from David Lynch’s Eraserhead to AMC’s NOS4A2 series). Making his feature writing/directing debut on the movie is NY-based Italian filmmaker Edoardo Vitaletti, and the producers include Aimee Schoof and Isen Robbins (whose previous credits include Jeff Lieberman’s Satan’s Little Helper, Mary Lambert’s The Attic and Rob Schmidt’s The Alphabet Killer), Harrison Allen, Madeleine Schumacher, and Stephen Tedeschi.

We also got a lengthier synopsis of the storyline: “Winter, 1843. A darkly strict religious family inhabits an isolated farmhouse. One ill-omened morning, Mary [Scott], the youngest daughter, discovers her grandmother Constance [Roberts] dead, covered in blood. A day like any other turns into a day of murder and mourning. Thirty-six hours later, Mary sits in a grim detention room, her clothes stained in blood, and her eyes covered with a black cloth. The town’s constable dives into her past, unearthing horrors forgotten for millennia: What happened at the farm during the grandmother’s funeral?” We can’t wait to find out, so look for more coverage of The Last Thing Mary Saw in the near future!